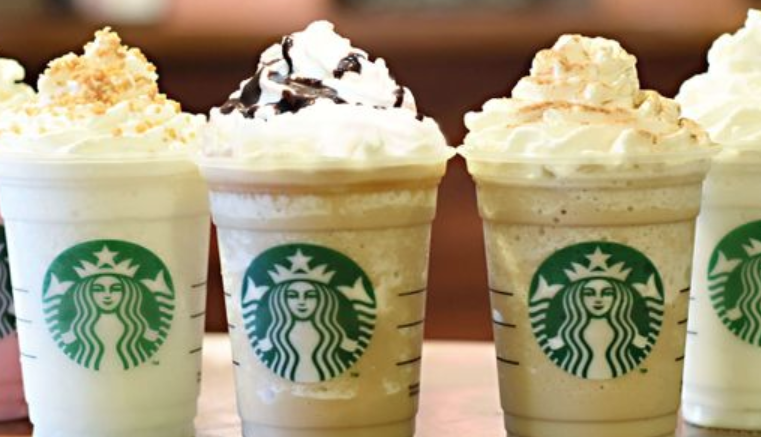 Please Share This Story!
PDF 📄
Evil methane-producing dairy cows give milk that is made into heavy cream that becomes whipped cream in your favorite coffee drink. Starbucks will now help you modify your behavior to give it up in order to save the planet.

Of course, Starbucks has long been on the forefront of all things progressive. Now it has completely succumbed to Sustainable Development, aka Technocracy, and will use social engineering techniques to force a change in your behavior, but not theirs. ⁃ TN Editor

Starbucks released the results of its latest sweeping ‘sustainability’ audit and announced plans to become ‘resource positive’ late Tuesday, prompting analysts to ask: What, exactly, does that mean?

And although the company and many of its institutional shareholders have made a big deal about Starbucks’ sustainability rhetoric and celebrated its decision to phase out plastic straws to save the sea turtles, on Wednesday, investors shunned Starbucks shares (they were down more than 1%) as the company unveiled what Bloomberg described as its “ambitious goals” to reduce the environmental footprint that produces more waste every year to equal two Empire State buildings.

To wit, by 2030, the cafe chain is targeting 50% reductions in the amount of water it uses, the carbon it emits and trash it sends to landfills.

In “A Message From Starbucks’ CEO”, a blog post published Tuesday evening, CEO Kevin Johnson regaled readers with a history of Starbucks’ commitment to environmental responsibility, while rattling off a list of accomplishments.

But in the report, which was analyzed by Bloomberg, Starbucks’ hired environmental consultants warned customers that the best thing they could do to reduce the company’s harmful impact on the planet would be to buy cheaper drinks, and forego the milk.

And if customers must have the frappucino, they should think about skipping the whipped cream.

Adding whipped cream to millions of Starbucks Corp. drinks emits 50 times as much greenhouse gas as the company’s private jet. Overall, dairy products are the biggest source of carbon dioxide emissions across the coffee giant’s operations and supply chain.

As far as what Starbucks corporate can accomplish, the task does seem daunting.

The task is immense: Starbucks in 2018 was responsible for emitting 16 million metric tons of greenhouse gases, using 1 billion cubic meters of water and dumping 868 metric kilotons – more than twice the weight of the Empire State Building – of coffee cups and other waste. The audit was conducted with sustainability consultant Quantis and the World Wildlife Fund.

And Johnson admits that Starbucks can’t achieve its goals alone: It needs its customers to change their behavior as well.

“We know this journey will be challenging, we know we can’t do this alone, and we know this will require others to join us,” Chief Executive Officer Kevin Johnson said in an interview.