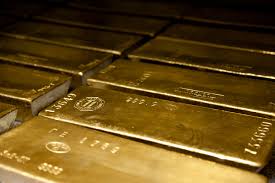 Sustainable Development, AKA Technocracy, promotes increasing income equality while proclaiming that it will reduce poverty. Taking resources out of the hands of citizens, declining property rights and public-private partnerships only have one outcome: the elite accumulate everything. ⁃ TN Editor

The world’s richest 1% are on course to control as much as two-thirds of the world’s wealth by 2030, according to a shocking analysis that has lead to a cross-party call for action.

World leaders are being warned that the continued accumulation of wealth at the top will fuel growing distrust and anger over the coming decade unless action is taken to restore the balance.

An alarming projection produced by the House of Commons library suggests that if trends seen since the 2008 financial crash were to continue, then the top 1% will hold 64% of the world’s wealth by 2030. Even taking the financial crash into account, and measuring their assets over a longer period, they would still hold more than half of all wealth.

Analysts suggest wealth has become concentrated at the top because of recent income inequality, higher rates of saving among the wealthy, and the accumulation of assets. The wealthy also invested a large amount of equity in businesses, stocks and other financial assets, which have handed them disproportionate benefits.

New polling by Opinium suggests that voters perceive a major problem with the influence exerted by the very wealthy. Asked to select a group that would have the most power in 2030, most (34%) said the super-rich, while 28% opted for national governments. In a sign of falling levels of trust, those surveyed said they feared the consequences of wealth inequality would be rising levels of corruption (41%) or the “super-rich enjoying unfair influence on government policy” (43%).

The research was commissioned by Liam Byrne, the former Labour cabinet minister, as part of a gathering of MPs, academics, business leaders, trade unions and civil society leaders focused on addressing the problem.