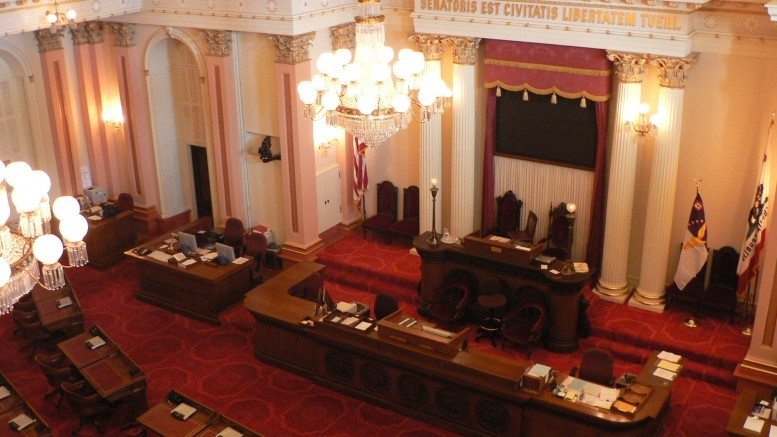 TN Note: The article states, “A coalition of 17 state attorneys general, including California Attorney General Kamala Harris, have joined forces to pursue climate change skeptics. At least four prosecutors reportedly have launched investigations into Exxon Mobil for climate change ‘fraud.'” The only reason SB 1161 did not pass is that the deadline for vote was missed. The bill can be re-introduced at a later date by adding as an amendment to other legislation. Legislation like this is being introduced all around the nation, and should be vigorously resisted.

A landmark bill allowing for the prosecution of climate change dissent effectively died Thursday after the California Senate failed to take it up before the deadline.

Senate Bill 1161, or the California Climate Science Truth and Accountability Act of 2016, would have authorized prosecutors to sue fossil fuel companies, think tanks and others that have “deceived or misled the public on the risks of climate change.”

The measure, which cleared two Senate committees, provided a four-year window in the statute of limitations on violations of the state’s Unfair Competition Law, allowing legal action to be brought until Jan. 1 on charges of climate change “fraud” extending back indefinitely.

“This bill explicitly authorizes district attorneys and the Attorney General to pursue UCL claims alleging that a business or organization has directly or indirectly engaged in unfair competition with respect to scientific evidence regarding the existence, extent, or current or future impacts of anthropogenic induced climate change,” said the state Senate Rules Committee’s floor analysis of the bill.

Leading the fight against the measure was the Civil Justice Association of California, joined by pro-business groups such as the California Chamber of Commerce and the California Business Roundtable.

Justice association President Kim Stone said she was pleased that the state Senate “realized this bill was extreme.”