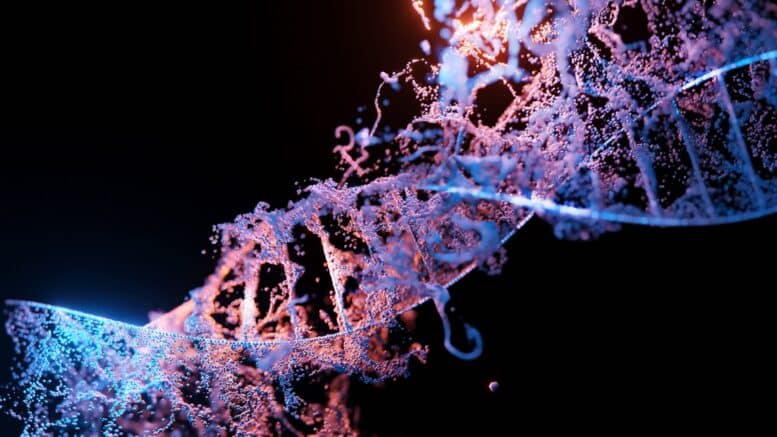 Please Share This Story!
PDF 📄
“Preposterous!” you say, but the director of Policy Horizons Canada who created the report was formerly the head of  Strategic Foresight at the World Economic Forum, the global home of all things Technocratic and Transhuman, i.e., the Great Reset. ⁃ TN Editor

Biodigital convergence can be defined as the intersection and synthesis of biological systems with digital technologies, such as artificial intelligence (AI), biometrics and genetic engineering. In the human realm, this field is called transhumanism.

The report examines the implications of the assimilation of digital technologies with biological entities that, in essence, would fundamentally re-imagine life on an individual, environmental, and societal level. More concisely, the reconfiguration — if realized — would radically redefine what it means to be human.

Transhumanism is no longer a concept confined to a generation of cheesy Hollywood B-movies — the technology exists right here, right now.

Policy Horizons Canada is a federal government organization conducting policy research into potential future scenarios for Canadian society and its economic and industrial future. Its mandate is to help the Canadian government create future-oriented policies and frameworks that anticipate emerging challenges in near and distant time frames.

Kristel Van der Elst, the current director general of Policy Horizons Canada and former head of strategic foresight at the World Economic Forum, provides an overview in the report.

“In the coming years, biodigital technologies could be woven into our lives in the way that digital technologies are now. Biological and digital systems are converging, and could change the way we work, live, and even evolve as a species. More than a technological change, this biodigital convergence may transform the way we understand ourselves and cause us to redefine what we consider human or natural,” Van der Elst said in the report’s foreword.

“Guided by its mandate, Policy Horizons Canada intends to start an informed and meaningful dialogue about plausible futures for biodigital convergence and the policy questions that may arise. In this initial paper, we define and explore biodigital convergence — why it is important to explore now, its characteristics, what new capabilities could arise from it, and some initial policy implications. We want to engage with a broad spectrum of partners and stakeholders on what our biodigital future might look like, how this convergence might affect sectors and industries, and how our relationships with technology, nature, and even life itself could evolve,” she said.

The report’s summary describes the evolution of digital technologies as thus far having had “powerful effects” on society, also that biodigital convergence might present people with challenges that will “in ways … be profoundly disruptive to our assumptions about society, the economy, and our bodies.”

In summary, the fusion of nature and technology at this level will profoundly alter systems in a variety of unprecedented ways, the report said they will:

“Digital technology can be embedded in organisms, and biological components can exist as parts of digital technologies. The physical meshing, manipulating, and merging of the biological and digital are creating new hybrid forms of life and technology, each functioning in the tangible world, often with heightened capabilities,” the report said.

The document also touches on the genetic modification of biological systems and CRISPR gene-editing technology.

The genetic engineering of food, resources, animals, insects, and even humans is well past the start post. Genetically modified organisms (GMOs) for agriculture have been on the world’s dinner plates since the early ’90s. The vast majority of processed foods on the supermarket shelves now contain unlabelled GMOs. In the US, you may well be served a genetically engineered serving of salmon engineered to grow much faster than natural wild salmon.

CRISPR gene editing belongs to the third generation of gene editing technology. Since its discovery, it has attracted the attention of a great number of researchers in various fields and has commanded significant investment.

I’ve referred to the injected as CRISPR Critters.

Very important article – I did a podcast on this subject in June of last year, and if you’re interested in an in-depth look at the Policy Horizons document, check it out: