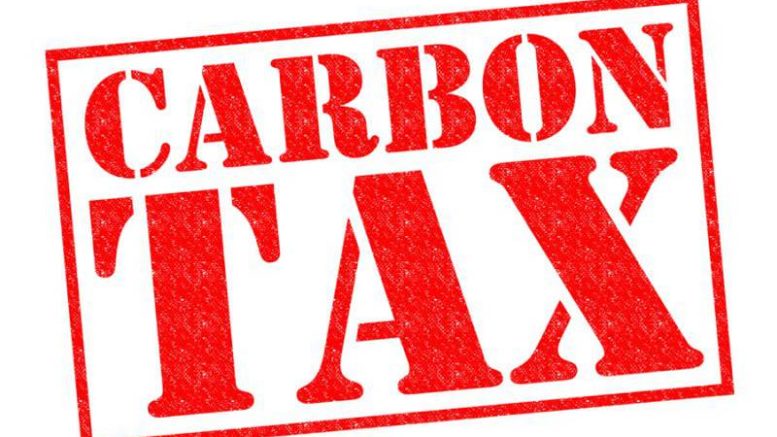 Please Share This Story!
PDF 📄
Democrat candidates for President are uniformly alarmist over global warming, but most are also pushing Carbon Tax as a solution. Carbon Tax is one step away from Technocracy’s original Energy Currency formulated in the 1930s. ⁃ TN Editor

Two events shifted the climate change discussion among 2020 Democratic presidential candidates in August 2019. Jay Inslee, the governor of Washington state who centered his campaign around the issue, dropped out of the race, while  Vermont Sen. Bernie Sanders launched a detailed plan to fulfill the goals of the Green New Deal.

“The climate crisis is not only the single greatest challenge facing our country; it is also our single greatest opportunity to build a more just and equitable future,” Sanders’ plan says.

Many candidates have plans, some lengthy and detailed, some brief and vague, to address climate change. Generally, the candidates support recommitting to the Paris climate agreement and implementing a Green New Deal, at least in some form. But there are some exceptions.

Former Maryland Rep. John Delaney, for example, tweeted that the current Green New Deal, which includes guaranteeing a job to all Americans, “is about as realistic as Trump saying that Mexico is going to pay for the wall.”

That isn’t the only point of disagreement among candidates. The Democrats’ climate change proposals splinter in terms of how they plan to cut emissions, specifically whether or not they support implementing a tax on carbon.

We’ll take you through some of the key points of the climate change discussion among the Democratic field. To see where the individual candidates stand on climate change policies, check out our chart.

Burning fossil fuels, like coal, oil and natural gas, has been the main source of greenhouse gas emissions into Earth’s atmosphere. Without humans contributing these emissions, greenhouse gases, through the greenhouse effect, keep Earth’s surface warm. But the addition of emissions caused by human activities has led to a rise in global temperatures.

“We can’t make climate change go away anytime soon, because the greenhouse gases we’ve already put into the atmosphere have not yet exerted their full impact on the climate system,” said Jennifer Francis, a senior scientist at Woods Hole Research Center.

Countries all over the world took a dramatic step to address climate change in December 2015 with the United Nations Paris Agreement. The agreement is an attempt by most countries to limit a global temperature increase during this century to 1.5 degrees Celsius above pre-industrial levels.

Under the agreement, developed countries pledged to take the lead in reducing emissions and to support developing countries in similar actions. The United States is one of the top emitters of carbon dioxide from fossil fuel combustion, according to the International Energy Agency.

Former President Barack Obama championed the Paris Agreement. But President Donald Trump pledged to cancel it and announced his plans to pull the United States out of the agreement in 2017, claiming that it was unfair to U.S. workers. (In the past, Trump has denied that global warming is real.)

Some Democratic candidates have said they will make the goals of the Paris climate agreement more ambitious.

Massachusetts Sen. Elizabeth Warren proposed a plan to address climate change in her approach to national security. She wants the Pentagon to achieve net-zero carbon emissions for its non-combat bases and infrastructure by 2030.

Seven of 10 Democratic presidential candidates who are members of Congress co-signed the Green New Deal, a resolution that addresses climate change, pollution, and income and racial inequality. The Democratic measure was introduced by Rep. Alexandria Ocasio-Cortez of New York and Sen. Ed Markley of Massachusetts in February 2019.

The resolution cites the 2018 National Climate Assessment, produced by over 300 federal and non-federal experts, which says climate change has worsened and increased a variety of events across the United States, including wildfires in the Northwest, droughts in the Southwest, flooding in the Southeast, snow storms in the Northeast and heavy rains in the Midwest. Earth’s climate is changing faster than at any point in the history of modern civilization, it found.

The Green New Deal focuses on goals to combat climate change, rather than specific paths. It calls for a transition to a net-zero greenhouse gas emissions economy and an energy sector powered entirely by zero-emission sources.

Warren wants to invest $2 trillion over 10 years in “green research, manufacturing, and exporting,” with the goal to create jobs. She’s also proposed a ban on all new fossil fuel leases, including drilling offshore and on public lands.

In October 2017, Booker introduced an environmental justice act in the Senate to, in part, require federal agencies to implement strategies that identify and address the human health or environmental effects of their programs and policies with respect to communities of color, indigenous communities and low-income communities. Harris, Sanders and Warren co-sponsored the bill, which was never passed.

Alvaro Palacios Casanova, a senior policy advocate at the Center on Race, Poverty and the Environment, told PolitiFact that coming up with solutions to benefit environmental and social justice causes is difficult due to the fossil fuel industry’s political influence.

As of Aug. 26, 2019, 20 Democratic presidential candidates signed a pledgeto not take any contributions over $200 from oil, gas and coal industry executives, lobbyists and political action committees (PACs). Bullock and Delaney haven’t signed the pledge.

In a January 2019 opinion piece, a bipartisan group of economists said that a carbon tax is the most cost-effective method to reduce emissions “at the scale and speed that is necessary.”

But carbon taxes are not without controversy. Ten states have active carbon pricing programs, according to the Center for Climate and Energy Solutions, but voters have rejected carbon pricing initiatives in other states like Washington, where Inslee endorsed the program.

The wonderful state of Oregon: https://www.opb.org/news/article/carbon-pricing-oregon-cap-trade-emissions/.

Carbon tax is about making the public pay for very bad corporate decisions/management practices in the energy, agriculture and government sectors, et al. These entities have allowed all the equity to be drained from their business and given to shareholders while the company holds nothing back to cover future infrastructure, maintenance, retooling and technology. How do they get the public to pay for their shortsighted, greedy, manipulative practices? Taxation, as always. This time it’s a carbon tax to be leveed on the heels of a fake news Climate Change power play led by the UN. Money, money, money—power, power, power.… Read more »