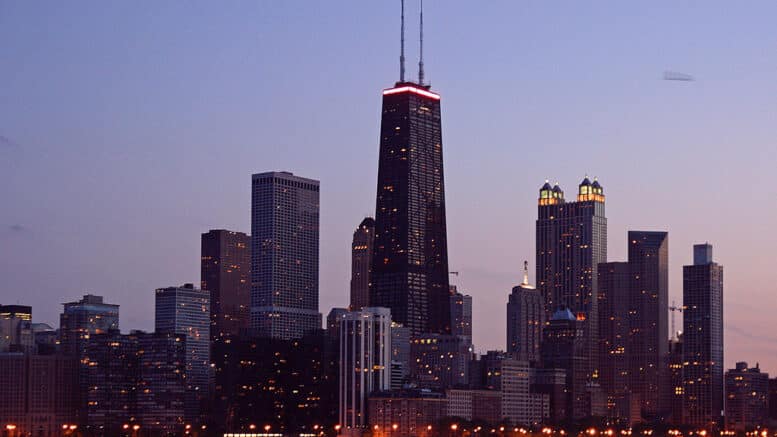 Please Share This Story!
PDF 📄
Even though UBI trials have not produced tangible benefits to society, city after city continue to take the plunge, expecting different results. Americans are generally against UBI, preferring work to being on the government dole. Protagonists claim that robots will displace workers; others say that the economy just doesn’t work for some citizens.

Universal Basic Income is an original tenet of historic Technocracy, an economic system developed by engineers and scientists at Columbia University in the 1930s. ⁃ TN Editor

The Chicago City Council is poised to vote this week on what would be one of the nation’s largest basic income programs, giving 5,000 low-income households $500 per month each using federal funding from the pandemic stimulus package enacted this year.

Mayor Lori Lightfoot (D) has proposed the more than $31 million program as part of her 2022 budget, which the city council is scheduled to consider on Wednesday. The one-year pilot program, funded by the nearly $2 billion Chicago received from the Biden administration’s American Rescue Plan, is supported by most of city’s 50 aldermen. But it has received pushback from the 20-member Black Caucus, which has urged Lightfoot to redirect the money to violence prevention programs.

Lightfoot has said the pilot program is motivated by her own childhood memories of hardship while growing up in Ohio. “I knew what it felt like to live check to check. When you’re in need, every bit of income helps,” she wrote in a tweet announcing the plan earlier this month.

Basic income programs have been spreading across the country since Stockton, Calif., started providing monthly stipends with no strings attached to 125 of its residents in 2019. Those stipends resulted in more full-time employment and improved mental and emotional well-being among recipients, according to preliminary findings reported earlier this year by researchers who helped design the program.

Michael Tubbs, who implemented the program as then-mayor of Stockton, noted that recipients’ largest expenditure was food, making up at least a third of spending each month, according to the report. “I had no idea so many people in my area were hungry,” Tubbs said.

Since Stockton’s program launched, about 40 other cities have considered or started on similar efforts to target economic insecurity within their boundaries, according to Mayors for a Guaranteed Income, including Denver, Newark, Pittsburgh, San Francisco, New Orleans and Compton, Calif. A program in Los Angeles will provide 2,000 residents with a guaranteed income of $1,000 a month for a year.

The surge of interest in basic income has been fueled in part by the influx of money that cities have received from the coronavirus stimulus package and the formation of Mayors for Universal Basic Income, an advocacy coalition that Tubbs founded last year.

Critics worry that guaranteed income programs will discourage people from finding jobs and drain the labor force, a particular concern amid the record job openings in the country this year, said Michael Faulkender, who served as an assistant treasury secretary for economic policy during the Trump administration. Last week, the National Federation of Independent Business reported that 51 percent of small business owners have jobs they cannot fill, more than double the historical average of 22 percent.

“There are still millions of low-skilled jobs out there, and you have small business owners who can’t find workers to join their companies,” said Faulkender, who teaches finance at the University of Maryland. Proposals like the one in Chicago feed the “process of reducing the willingness of people to participate in the workforce,” he said.

Opposition to federal entitlement programs, such as rent vouchers and food stamps, has been waged for decades, but advocates like Tubbs say that today, “the climate has changed.” Economic blows struck by recent natural disasters and the pandemic have proven that “the economy doesn’t work for a vast number of Americans,” he said.

This push is also about the supply chain. Take down certain portions of the USA workforce by giving them money to create complete dependence.

Plus, all business who depend on such workers will falter and die.

Yes, and further to that, it will then be “mandatory” to have the “vaccines” in order to receive this UBI.
In Canada, it has been announced that those who claim EI benefits must now be “vaccinated”.

Yep. I get that. But times “they are a changing”. The waking population is rising here in the USA. The criminal cartel of the UN globalists are freaked whether they show it or not. Why? THEY ARE LOSING this war they began. They know the truth is about to break open with the Normies. They are doing everything possible to keep it covered. Once their covid lie is thoroughly exposed we will see the puppet Biden, his totalitarian Administration and his best buddy the fascist and mass murderer Foochi scrambling for a place to hide while the UN attempts to… Read more »

…And when he had opened the third seal, I heard the third beast say, Come and see. And I beheld and lo a black horse; and he that sat on him had a pair of balances in his hand. And I heard a voice in the midst of the four beasts say, A measure of wheat for a penny, and three measures of barley for a penny; and see thou hurt not the oil and the wine…Revelation 5:5-6 (this measure in today’s standard is a days wages for one loaf of bread. The hurting not of the oil and wine… Read more »

Well, those votes aren’t going to buy themselves and she ain’t getting re-elected any other way.

Why not add another expense Chicago can’t afford to pay (even with federal help)? Maybe they can take the money from all the savings accrued due to firing non-vaxxed police?

Yeah…that’ll bring the crime down. .now I can buy more bullets.