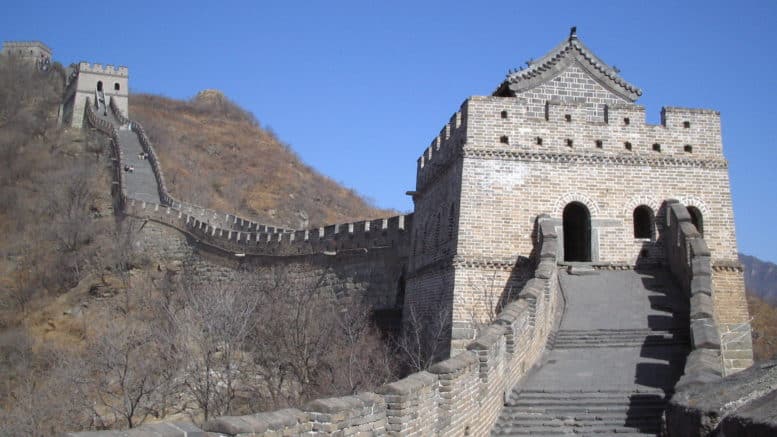 Please Share This Story!
PDF 📄
As a Technocracy, China must apply social engineering to everything, everyone, everywhere, and that includes corporations as well. Corporate punishment for perceived bad behavior could be devastating to western firms.

When Technocrats in the U.S. pick up on this idea, firms who don’t measure up on Sustainable Development, for instance, could be forced to comply by threats of being shunned out of business: permits could be denied or revoked, access to critical services could be shut off, etc. ⁃ TN Editor

Foreign businesses in China are ill-prepared for the tough sanctions and constant surveillance demanded by a social credit system to be rolled out this year, a European business group warned Wednesday.

Under this new system for ranking businesses, both foreign and domestic companies will be required to install surveillance cameras in their premises and share the data with the government.

They will also be rated on their tax record and compliance with a range of existing laws, including customs or environmental regulations.

Those who violate rules will be placed in “blacklists” and subjected to “immediate and severe punishments”, the EU Chamber of Commerce in China said in a report published Wednesday.

The sanctions are not limited to penalties but also include more frequent inspections, customs delays, not getting subsidies or tax rebates and public shaming, the report added.

“The overwhelming absence of preparation by the European business community is deeply concerning.”

Each company operating in China is already being assessed against at least 300 different “specific rules” ranging from emissions levels to workplace safety and complaints against their products on e-commerce platforms, government documents showed.

“Beijing plans to combine all these different ratings into a single database by the end of the year,” said Bjorn Conrad, head of the Berlin-based consultancy Sinolytics that co-authored the report.

A single score could mean that a company is penalised across China for a slip by one of its regional branches.

Companies will also be rapped for working with suppliers or partners with bad social credit.

The system will also involve the unprecedented demand that all businesses have to install surveillance cameras in their premises and transfer huge amounts of data and footage to government officials.

“Dozens of companies have raised concerns about the sheer volume and depth of data that needs to be shared with the government,” said Conrad.