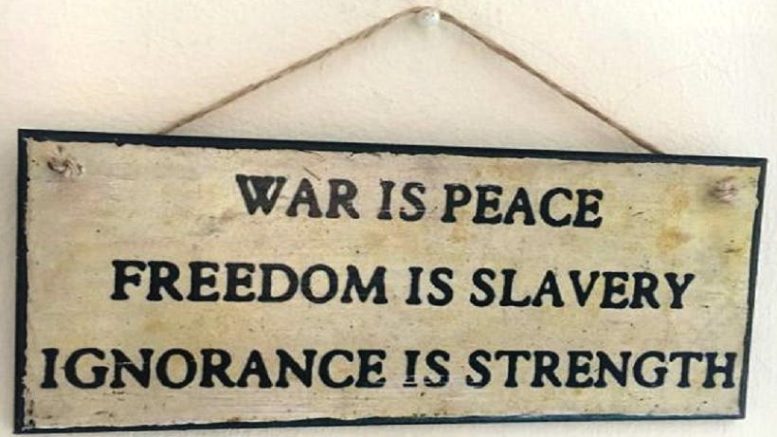 OpenAI was founded in 2015 to promote and develop AI that would benefit humanity as a whole. Instead, they built the most dangerous AI conceivable that could destroy the Internet and manipulate the minds of every person on earth.

OpenAI was originally funded, in part, by Elon Musk, a consummate Technocrat whose grandfather was head of Technocracy, Inc., in Canada during the 1930s and 40s. ⁃ TN Editor

An artificial intelligence system that generates realistic stories, poems and articles has been updated, with some claiming it is now almost as good as a human writer.

The text generator, built by research firm OpenAI, was originally considered “too dangerous” to make public because of the potential for abuse.

But now a new, more powerful version of the system – that could be used to create fake news or abusive spam on social media – has been released.

The BBC, along with some AI experts, decided to try it out.

The model, called GPT-2, was trained on a dataset of eight million web pages, and is able to adapt to the style and content of the initial text given to it.

It can finish a Shakespeare poem as well as write articles and epithets.

At the time, the firm said: “Due to our concerns about malicious applications of the technology, we are not releasing the trained model. As an experiment in responsible disclosure, we are instead releasing a much smaller model for researchers to experiment with.”

As a result, the released version had far fewer parameters – phrases and sentences – than used during training.

This month, OpenAI decided to expand the parameters, offering a much broader database of training data.

Tech news site The Next Web said of the update: “This one works almost good enough to use as a general artificial intelligence for text generation – almost.”

Article author Tristan Greene added: I’m terrified of GPT-2 because it represents the kind of technology that evil humans are going to use to manipulate the population – and in my opinion that makes it more dangerous than any gun.”

The BBC decided to test the system by inputting the first few sentences of a recent story, appropriately one about AI.

We began with the first sentence of the real story:

Here’s what the text generator came up with to complete it:

According to the researchers, this method of reading is not just the brainchild of Amazon Kindle users. Users of Android devices are also a notable market for fake reading. There are several theories to explain this.

Firstly, the device in a user’s hand is different from the tablet or computer they are reading on. Secondly, the device used to access the Internet might be tampered with in some way. A third reason is the user may just copy and paste content directly into their virtual characters.

However, another explanation is that the device does not have voice recognition capabilities at all. If this is the case then voice recognition is more advanced than Google’s translation engine. As such, these users are tricked into thinking they are reading from a real author – the book is made to sound authentic as soon as they try and read.

Now click here to read the real story for comparison.

Noel Sharkey, a professor of computer science at the University of Sheffield, conducted his own tests on the generator and was not too impressed.

Man walks into a bar

“If the software worked as intended by Open AI, it would be a very useful tool for easily generating fake news and clickbait spam. Fortunately, in its present form, it generates incoherent and ridiculous text with little relation to the input ‘headlines’,” he said.

He added: ” I tested the software with numerous headlines and got laughable results. For example, for ‘Turkeys hate Christmas’, I got that ‘Turkey is the only nation in the world that doesn’t celebrate Christmas’ and a number of unrelated sentences.

Dave Coplin, founder of AI consultancy the Envisioners, also had a play with the system, inputting the first line of a classic joke: A man walks into a bar…

The suggestion from the AI was not what he was expecting: “…And ordered two pints of beer and two scotches. When he tried to pay the bill, he was confronted by two men – one of whom shouted “This is for Syria”. The man was then left bleeding and stabbed in the throat”.

This “overwhelmingly dystopian reflection of our society” was a lesson in how any AI system will reflect the bias found in training data, he said.

“From my brief experiments with the model, it’s pretty clear that a large portion of the data has been trained by internet news stories,” he said.

When the underlying assumptions of intelligence of heuristics / AI are wrong, then all decisions will go down the path of the programmed stupidity of always producing an outcome which will never be fixed since people will not be able to work, think, act outside of their slave cages programmed by a bunch of idiots that had no business in implementing such a rigid system that has no conscience regardless how powerful the computer or computational variations of man made malleable software. Those that are in this camp believe in just one best solution and cannot identify the continuum of… Read more »

Amazing. The nasty powers at work are really pushing hard to get their AI Fake New bots into shape before the election battle begins in earnest.

The underlying truth of the AI threat completely escapes the very, very stupid creators/coders whose one goal is to unleash their AI bots onto the Internet and elsewhere. They are more like 6-yr-old children with a box of matches in a dry forest than professionals or adults. No consideration is given to the results that could come from AI except one–that of PROFIT.