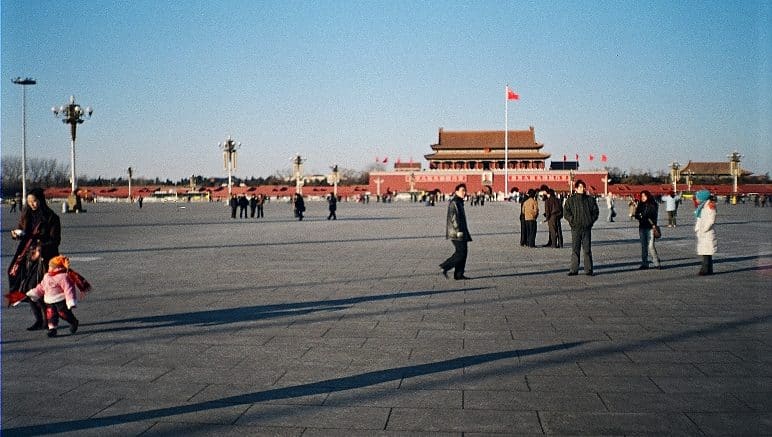 Please Share This Story!
PDF 📄
China is completely intolerant of any religion that does not support their Technocracy. Technocrats are self-proclaimed social engineers who view nations and people groups as herds of animals that must be managed. Even worse, they are exporting their brand of Technocracy to the rest of the world. ⁃ TN Editor

The growing, horrifying oppression of Muslims in a western Chinese province marks a key moment in Beijing’s expansionist drive — and its global competition with America.

A key part of China’s manufacturing machine, Xinjiang province is a gateway to Central Asia, and therefore crucial for President Xi Jinping’s Belt and Road Initiative, a plan to create a formidable China-dominated realm all the way to the Indian Ocean and the Mideast.

The province’s 11 million Uighurs call it “East Turkistan.” They look different than most Chinese, have a different culture, practice moderate Islam — and have been oppressed by Beijing for decades. But now, seen as a major stumbling block to Xi’s new ambitions, China’s Communist Party has escalated its control.

Things worsened when Xi became president in 2012. But the real turning point was in 2016, when the Communist Party secretary in Tibet, Chen Quanguo, was transferred to Xinjiang, importing to the province tactics used in his successful quashing of Tibetan unrest.

In Xinjiang, Beijing is honing to perfection such tactics as facial recognition, personal-background data-mining and DNA collection. Scannable codes are posted on apartment buildings where suspected Uighur dissidents live. Such practices, reminiscent of 1940s low-tech identification of Jewish residences under German control, may expand beyond the Uighur province.

“Now they [have started] using these systems in the rest of China,” says Omer Kanat, director of the Washington, DC-based Uyghur Human Rights Project. Soon, he added, the tactics China uses in Xinjiang will be exported to friendly dictatorships outside the country as well.

Up to 1 million Uighurs were sent to re-education camps for “sins” like eating Halal food or growing beards longer than Beijing allows. According to some reports, those interned in camps are forced to eat pork, study Xi’s writing and participate in intensive forced-labor projects. Some are executed; many don’t survive for other reasons.

Artists, scholars, musicians, intellectuals and anyone who ever had contact with the outside world are specifically targeted for “cultural indoctrination,” Kanat adds. “My neighbor, Abdel Rashid Seley, died in the camp.” Other reported Uighur deaths include an intellectual known for his translation of the Koran to Chinese and one of China’s most well-known scientists.

After taking over Macao and Hong Kong, Beijing promised to leave local practices intact, calling it “one government, two systems.” But by now China’s neighbors know that once Beijing assumes control, it’ll pursue complete ideological, political and cultural domination. If you happen to be Muslim, Christian, Falon Dafa or a Western-style democrat — well, too bad.