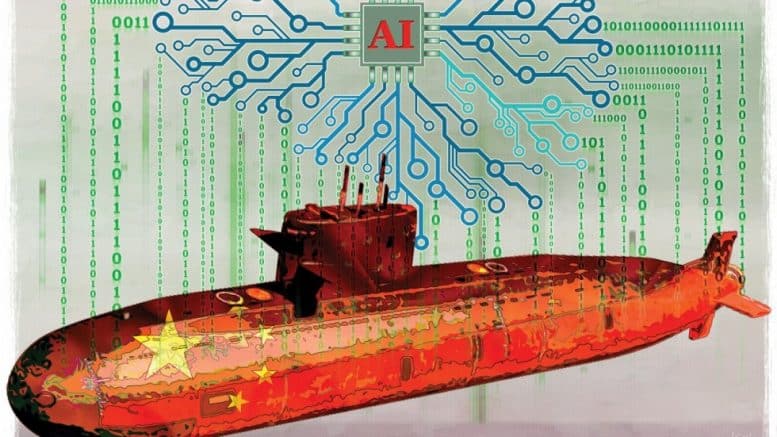 Military Technocrats in China see AI and autonomous killing machines as the ultimate solution to warfare, and yet no one is calling these new systems “weapons of mass destruction.” China has sparked a new arms race that will be more deadly than anything in world history. ⁃ TN Editor

China is developing large, smart and relatively low-cost unmanned submarines that can roam the world’s oceans to perform a wide range of missions, from reconnaissance to mine placement to even suicide attacks against enemy vessels, according to scientists involved in these artificial intelligence (AI) projects.

The autonomous robotic submarines are expected to be deployed in the early 2020s. While not intended to entirely replace human-operated submarines, they will challenge the advantageous position established by Western naval powers after the second world war. The robotic subs are aimed particularly at the United States forces in strategic waters like the South China Sea and western Pacific Ocean, the researchers said.

The project is part of the government’s ambitious plan to boost the country’s naval power with AI technology. China has built the world’s largest testing facility for surface drone boats in Zhuhai, Guangdong province. Military researchers are also developing an AI-assisted support system for submarine commanders. As the South China Morning Post reported earlier this year, that system will help captains make faster, more accurate judgments in the heat of combat situations.

The new class of unmanned submarines will join the other autonomous or manned military systems on water, land and orbit to carry out missions in coordinated efforts, according to the researchers.

The submarines will have no human operators on board. They will go out, handle their assignments and return to base on their own. They may establish contact with the ground command periodically for updates, but are by design capable of completing missions without human intervention.

But the researchers also noted that AI subs had limits, especially at the early stages of deployment. They will start with relatively simple tasks. The purpose of these projects is not to replace human crews entirely. To attack or not to attack, the final decision will still be in the hands of commanders, the researchers said.

Current models of unmanned underwater vehicles, or UUVs, are mostly small. Their deployment and recovery require another ship or submarine. They are limited in operational range and payload capacity.

Now under development, the AI-powered subs are “giants” compared to the normal UUVs, according to the researchers. They station in dock as conventional submarines. Their cargo bay is reconfigurable and large enough to accommodate a wide range of freight, from powerful surveillance equipment to missiles or torpedoes. Their energy supply comes from diesel-electric engines or other power sources that ensure continuous operation for months.

The robotic submarines rely heavily on artificial intelligence to deal with the sea’s complex environment. They must make decisions constantly on their own: changing course and depth to avoid detection; distinguishing civilian from military vessels; choosing the best approach to reach a designated position.