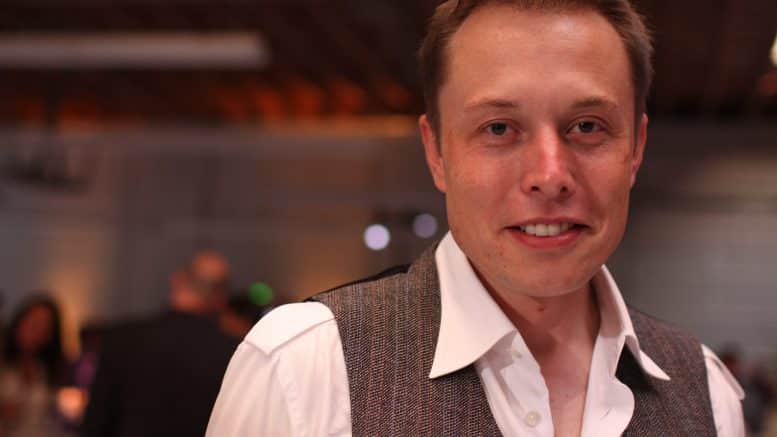 Genius or nut? Elon Musk’s grandfather was the leader of Canada’s Technocracy, Inc. during the 1930s and 1940s and his influence certainly rubbed of on a young Musk. As I have warned for years, the hype of Technocracy’s Utopia does not live up to reality. ⁃ TN Editor

One disastrous tweet has finally revealed Elon Musk for what he is: a fraud.

Enraged that a British cave diver called his idea to rescue the Thai soccer team for what it was — “a p.r. stunt [with] absolutely no chance of working” — Musk took to Twitter and called him a “pedo.”

Just like that, Tesla’s market value plummeted by $2 billion.

Musk has been in business since 2002. His stated goal is nothing short of transforming humanity through his products: his electric cars, space travel, and an underground high-speed Hyperloop system.

He has yet to succeed at anything but somehow spins every failure into proof of imminent success. His only accomplishment has been this decades-long Jedi mind trick.

Tesla is best known for blowing deadlines and consistently falling short on production.

In November 2017, Bloomberg reported that the company burns through $500,000 per hour. For two years now, Tesla has been suffering an epic talent drain, and in May, two top execs — one the liaison with the National Transportation Safety Board — walked out the door.

That’s to say nothing of the human toll.

In March, a Tesla driver was killed while test-driving an autopiloted Model X, the impact decimating half the car. Then in May, the NTSB announced an investigation after two teenagers were killed in a Tesla Model S after its battery caught fire following a crash. A similar accident claimed a driver two months prior, with California firefighters reporting that the Tesla battery kept reigniting days after the smash.

California’s Division of Occupational Safety and Health opened its third investigation into workplace safety at Tesla Inc. in July after employee complaints. Two investigations have been ongoing since April, yet Musk took to Twitter to boast that Tesla was now building its cars in a tent.

“Not sure we actually need a building,” he tweeted. Meanwhile, he was “back to sleeping at the factory” to hit production deadlines.

This is a genius?

Tesla was founded in 2003, but the world’s largest automakers quickly surpassed Musk’s vision for electric vehicles. Tesla will never catch up. Shareholders are finally catching on.

So should the government, which reportedly gifts Musk’s companies with an estimated $4.9 billion in subsidies.

Star investor Jim Chanos called Tesla a “walking insolvency” back in 2016. He doubled down in December, saying Tesla is “headed for a brick wall.”

SpaceX — which Musk touts as replacing NASA and colonizing Mars — has been a literal failure to launch. So many of its rockets have burned up or crashed that Musk, for reasons unknown, has made a blooper reel.

As for that Hyperloop, most experts say it’s impossible and unnecessary. “It gives me pause to think that otherwise intelligent people are buying into this kind of utopian vision,” Harvard professor Jose Gomez-Ibanez told MIT Technology Review in 2016.

“They’re up against the airlines, and airlines don’t need to install hundreds of miles of track.”

Rocket scientist and aerodynamic engineer Leon Vanstone has called the Hyperloop yet another Elon Musk hustle.

Writing in Fortune, Vanstone asked: “Is it possible to build a Hyperloop train into a 200-mile underground tunnel on a reasonable timeline that moves people in 29 minutes [from DC to New York] and isn’t prohibitively expensive? Probably not.”

Musk infamously does not take criticism well and refuses to be questioned or challenged — three lethal traits in a leader. On a conference call with analysts in May, Musk dismissed questions about Tesla’s diminishing capital and other dubious claims with name-calling.