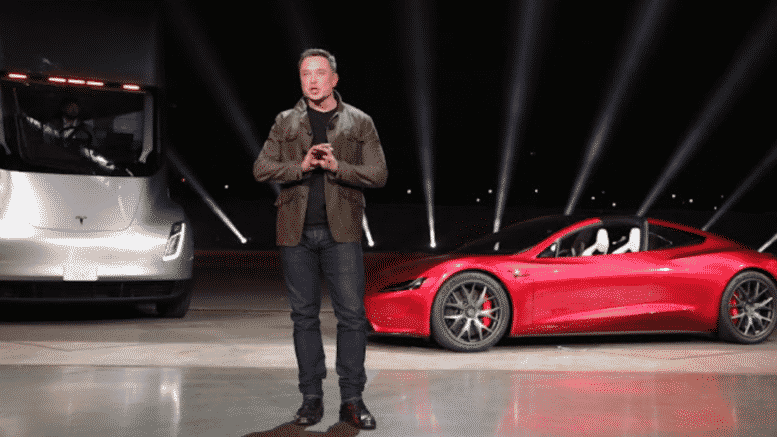 Please Share This Story!
PDF 📄
Now, a prominent Harvard historian sets the development of Elon Musk in proper historic context: raised in a technocrat home and steeped in science fiction. Musk is no leftist but his view of Utopia has more in common with Dystopia as he seeks to save the world by colonizing outer space. Yes, Musk is a Technocrat and he is reshaping the world. ⁃ TN Editor

Where does Elon Musk get his ideas from? What is he trying to achieve and who does he want to be? Many of us are desperate to understand the world’s richest man, whose electric vehiclemaker Tesla is now, according to the stock market, worth a trillion dollars. Jill Lepore, a historian at Harvard University, suggests Musk was shaped by his adolescent love of science fiction and the strange, science-obsessed politics of his Canadian grandfather.

Joshua Haldeman was a flamboyant character. Trained as a chiropractor, he performed in rodeos and sought adventure as an amateur archaeologist and pilot. After emigrating to SA with his family, he led a series of expeditions to find the mythical Lost City of the Kalahari. He died in 1974, when Elon was still a small child, but a photo shows that grandfather and grandson bear an uncanny resemblance.

In the 1930s, Haldeman led the Canadian branch of the Technocracy movement,  when “technocrat” meant something very different from a bland centrist politician. Then, it was a uniformed movement that marched under the Monad, or yin and yang, symbol, aiming to replace democracy with a society led by engineers. According to Lepore, Haldeman’s politics may have been his key bequest to his grandson.

Believing that science and technology could cure all ills, Haldeman campaigned for the capitalist monetary infrastructure to be replaced by a new universal currency, based on a unit of heat, to be known as the erg. The technocrats even wanted an end to prices, in the view that scientists could handle distribution within society far better than the market.

Such concepts seemed dangerous to the Canadian government, which banned the movement over its opposition to World War 2. The belief system faded away with the growth of prosperity after the war. But similar ideas are inspiring the current excitement over meme stocks, cryptocurrency and the man who now calls himself “Technoking”.

To Lepore, Musk’s ideology seems to flow from these outlandish — and outmoded — views. In Lepore’s words, his ambition is an “extravagant, extreme” even “extraterrestrial capitalism, driven by fantasies that come from science fiction”.

In a new podcast series, The Evening Rocket, produced by Pushkin Industries in collaboration with the BBC that launches today in the US, Lepore offers her theory that Musk is a creature of the science fiction that he devoured in his youth, much of which reflected his grandfather’s technocratic philosophy. That gave him his storytelling gift. When investors buy shares in Tesla, they are buying a narrative, not a stream of future cash flows. That narrative sounds a lot like midcentury science fiction.

What Lepore finds disturbing is that Musk appears to have misinterpreted the science fiction he was reading, something she believes should worry us all. “A lot of what he seems to be inspired by as though it was utopian,” she said in an interview, “was in fact dystopian.”

Much science fiction in the middle of the century was meant as a warning of how science could come to dominate our lives. But young Elon Musk, Lepore says, instead found the dystopian future exciting. That is what inspires his company SpaceX and its mission to colonise Mars.

Lepore argues that the current popularity of Musk and his ideas, from colonising space through to cryptocurrency, could be a symptom of a damaged society.

The rush to buy meme stocks such as GameStop and AMC earlier this year was seen by its participants as a blow for equality and against the elites. Calling themselves “apes”, the young traders who tried to force short-selling hedge funds out of business acted like a flash mob. Many of them have subsequently lost money.

Cryptocurrencies, which have enriched many already-wealthy people, are also viewed by their supporters as a great economic leveler. Bitcoin, its backers hope, will not only emancipate us from the hold of banks over the financial system, but also break the grip of governments — even if they were democratically elected.

Elon Musk doesn’t even look real. He looks more like a CGI creation. And what is with that weird name? Something’s not right about this guy.

Ya he looks like a cyborg, so does Mark Zuckerberg. It’s all deception for sure

What this all comes down to, and where it came from was the fact that all these men in the video below are atheist’s, they believe they can forward their evolution and become gods, and they absolutely deny the truth that there is a God that exists, that He created all things, evolution is a lie. See the vid here: https://www.youtube.com/watch?v=h0962biiZa4&t=274s List of speakers: https://yt3.ggpht.com/ytc/AKedOLQloV89AxVxetNk9wiycORvM7zf7q7qtu5xWrsl=s48-c-k-c0x00ffffff-no-rj Eduardo Quesada4 years ago From left to right: 1. Elon Musk: Paypal, SpaceX, Tesla, SolarCity. 2. Stuart Russell: Professsor of computer science at Berkeley. 3. Bart Selman: Professor of computer science at Cornell University. 4.… Read more »

Ever wonder why Elon promotes upgraded rockets instead of producing Anti-Gravity Spacecraft that has been around since 1957 ? Our organization could definitely give Elon a jump start in that arena but who is it that holds Elon’s leash that will seek to stop such a merger and would we have to go to war with them?