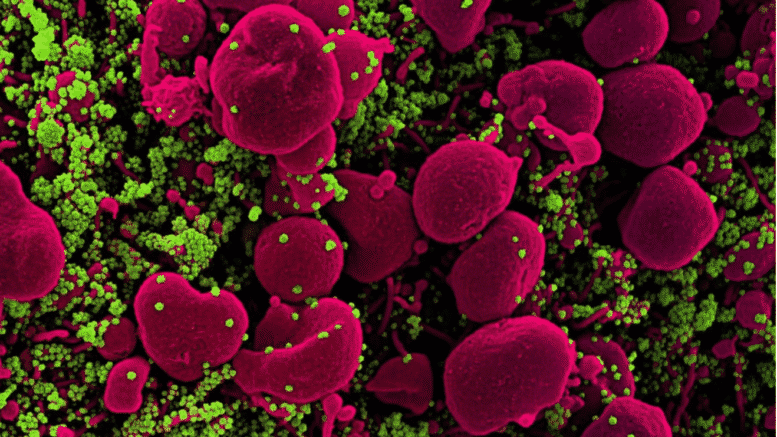 Please Share This Story!
PDF 📄
The World Health Organization already has broad influence over nations through bi-lateral agreements and memorandums, but it now seeks to consolidate its power by creating a global Treaty that would resemble the Paris Accord on Climate Change. Offenders would be queued up for punishment. ⁃ TN Editor

When health ministers from around the world converge for a historic meeting this week, just one thing will be on the agenda.

On Monday, the governing body of the World Health Organization will begin only the second “special” session in the body’s 73-year history to consider whether some kind of treaty or agreement is needed to help fend off future pandemics.

The WHO and the European Union have been pushing for a “pandemic treaty” for months, with WHO director general Tedros Adhanom Ghebreyesus repeating his pitch last week.

“The ongoing chaos of this pandemic only underlines why the world needs an ironclad global agreement to set the rules of the game for pandemic preparedness and response,” Tedros said on Wednesday.

“The world has treaties to manage other threats. Surely countries can agree on the need for a binding pact on the threat of pandemics.”

But it is not yet certain whether countries will agree to head in this direction at the three-day meeting.

The meeting – held both online and in person in Geneva – comes nearly two years since Covid-19 was first detected in patients in China, but as the pandemic remains a crisis. New infections are rising, access to life-saving vaccines is unequal, variants continue to emerge and it is still not certain how the virus first spilled into people.

Expert reviews in recent months have pointed to flaws in the international health system. Under regulations last revised in 2005, there is no way to ensure fair vaccine access or to hold countries accountable for fulfilling obligations on preparing for, reporting, and responding to public health emergencies.

Ayelet Berman, lead in global health at the National University of Singapore’s Centre for International Law, said there were many gaps in the international regulations.

“[These include] the prevention of zoonotic spillovers, a global alert system [for disease outbreaks], rules on biosecurity … and they lack any rules on fair and equitable access to medicines and vaccines,” Berman said.
The “absence of compliance, monitoring and enforcement tools” also needed to be addressed, she said.

The idea was suggested by European Council president Charles Michel a year ago but so far, the idea has had little public backing from major powers like the United States, China, and Russia, and health security analysts say those countries may be unwilling to back any significant increase in WHO powers.
“There is a global consensus that reforms are badly needed, but there is little agreement on how bold the reforms should be,” said Lawrence Gostin, faculty director of the O’Neill Institute for National & Global Health Law at Georgetown University in Washington.

As mentioned before WHO is biased body with no interest in protecting and defending people lives.
Since its policies are drafted by the main donors it is on the humans best interest to dismantle this body of lies and prosecute all the ones responsible for worldwide health misery.

Major world powers like China, the US, Brazil, and Russia are highly unlikely to agree to strong WHO powers that would violate their sovereignty.“If these major powers are not on board it will significantly weaken any future treaty. But I could see a ‘coalition of the willing’ signing on to a pandemic treaty, led by Europe.” LOL! the one world government is so transparent! Sign away your national sovereignty, open borders Schengen zone, United States of Europe, national borders, self-determination, BODILY ADUTONOMY, all to the global dictatorship of the technocracy! There will be no one world government without the US.… Read more »

WHO meets to punish a global pandemic contract with teeth - PSOEC