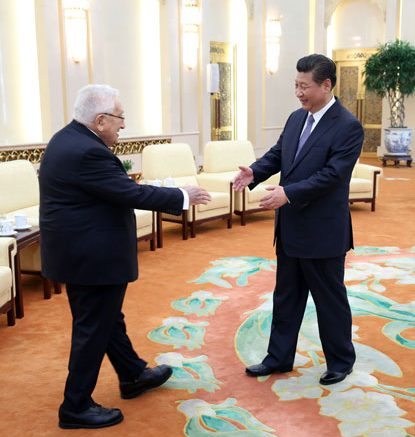 Please Share This Story!
PDF 📄
As a fully-engineered Technocracy where science can do no wrong, China is now cracking down on any dissent over economic policies and the official party narrative of economic perfection. Economic writers have been harshly critical of China’s policies in the past and apparently are now considered to be enemies of the state. ⁃ TN Editor

It’s bad enough Central Banks of the world have unilateral power to redistribute purchasing power in any way they deem fit, at any time, facing little to no consequences from their respective governments.

But apparently in China, this still isn’t enough power.

This week the country began a two-month campaign targeted at cracking down on “commercial platforms and social media accounts that post finance-related information that’s deemed harmful to its economy,” according to Bloomberg.

The “cleansing” campaign, as it was described by Bloomberg, is going to focus on rectifying violations that include “maliciously” bad mouthing financial markets and “falsely interpreting domestic policies and economic data”.

The country is also going to target anyone who republishes foreign media reports or commentaries that “falsely interpret domestic financial topics”.

The idea is that the Chinese Communist Party wants to create what Bloomberg calls a “benign” online environment for public opinion. We’d instead call it an environment for a state-run narrative that can’t be challenged by the public.

The rules follow a draft proposal put into effect Friday that regulated algorithms that tech firms use to generate recomended videos and other content for users.

The country’s cyberspace administrator, along with its finance ministry and central bank will all order commercial websites and platforms to “clean up” their financial information posts.

Companies that have already pledged to abide by the rules include Tencent, Toutiao and Douyin.

It’s China. Does anyone expect different? China has a self-proclaimed dictator. One day he woke up and said I think I’ll stay in office forever. What about that picture is unusual. The Chinese people are controlled in every way possible which continues their historical record. Not a surprise. Do the same thing; get the same result. What’s important to me as an free American is that their Chinese social and financial system of censorship does not include America. China is what it is but that tyranny needs to stay within their borders. Let their citizens deal with it or not… Read more »