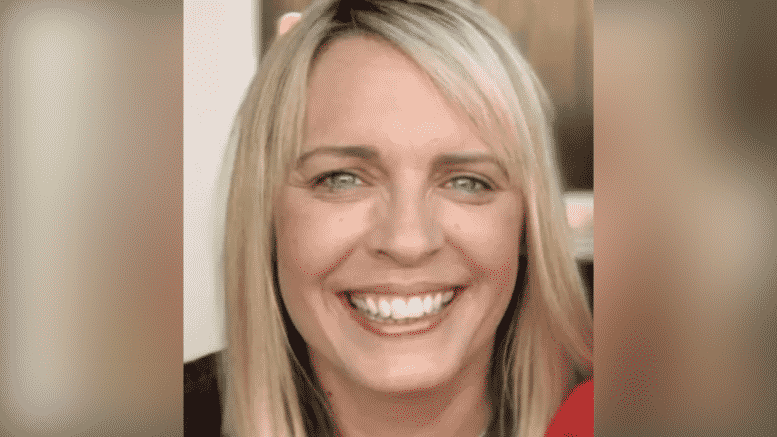 Please Share This Story!
PDF 📄
Where are the coroners, you ask? Well one coroner performed an autopsy on Lisa Shaw and determined that she died from the AstraZeneca Covid-19 “vaccination.” This flies in the face of “Animal Farm” fact-checkers and the larger Technocrat narrative. These gene therapy injections should have been terminated long ago. ⁃ TN Editor

An award-winning BBC radio presenter died due to complications of the AstraZeneca Covid-19 vaccination, a coroner in England has concluded.

Lisa Shaw died in May, just over three weeks after she had her first dose of the jab, an inquest in Newcastle heard on Thursday.

The 44-year-old – who was referred to by her married name, Lisa Eve, during the hearing – started to complain of a headache a few days after her vaccination and eventually went to A&E in Durham, where she was diagnosed with a blood clot and was transferred for specialist treatment at Newcastle’s Royal Victoria Infirmary.

The inquest heard that, despite treatments including cutting away part of her skull to relieve pressure, nothing further could be done and Ms Shaw died on May 21.

At the end of a hearing which lasted less than an hour, Newcastle senior coroner Karen Dilks gave a narrative conclusion, which said: “Lisa died due to complications of an AstraZeneca Covid vaccine.”

Earlier, pathologist Tuomo Polvikoski told the coroner that Ms Shaw, who was a well-known presenter for BBC Newcastle, was fit and healthy before receiving the vaccination.

Asked about the underlying cause of the fatal clotting on her brain, Dr Polvikoski said the clinical evidence “strongly supports the idea that it was, indeed, vaccine-induced”.

The pathologist added: “Based on available clinical information, it seems to be the most likely explanation,”

Ms Shaw’s husband, Gareth Eve, attended the inquest with other members of the family.

They issued a statement, which said: “This is another difficult day in what has been a devastating time for us. The death of our beloved Lisa has left a terrible void in our family and in our lives.

“She truly was the most wonderful wife, mum, daughter, sister and friend. We have said all we want to say in public at this time and ask to be left alone to grieve and rebuild our lives in private. Thank you.”

Last week a friend and neighbor of ours died from complications of Covid said the obit, and he was very ill as well as his family from what ever you call this terrible flu. The fact is that 1 year ago he took a flu vaccine (not a covid vaccine) and was rushed to the hospital from complications from the flu vaccine he had permanent damage to his lungs and was diagnosed with a paralyzed diaphragm. He will not be known for this, but in Oregon he will be known for the “first school board member to die from Covid”.… Read more »

[…] detained by sheriff’s deputies some of whom were NOT wearing a mask. NOPE.  Or the award-winning BBC radio presenter who recently died due to complications of the AstraZeneca Covid-19 vaccination, a coroner in […]

It’s necessary to say that the intelligent thinking public can use people like Ms. Shaw to wake-up the willfully ignorant Fear Class with their deaths. More, many more of these very visible people who are known to have actually taken the gene therapy shot need to be seen out front when they die or are maimed by it. (Most public figures don’t take the real shot; they lie.) We must make the ‘Visibles’ more so to the mind-controlled lap-dog public. My thoughts go out to her family. She was young and her death was completely unnecessary–a victim of the current… Read more »

I heard about this young lady’s suffering and passing yesterday. And politicians and bureaucrats still expect everyone in the world to believe in and submit to taking covid jabs. One thing for sure. For those who want to live in good health and avoid the possibility of facing a premature death. We have every right to request a conscience exemption as a valid reason for rejecting every covid injection. And all killer medicines combined!

P.S. Not exactly sure how to spell the word I wanted to use. But conscience exemption will do just fine in this book.

In 2018 5 people died and hundreds were sickened in several US states from tainted romaine lettuce. The response was to pull all lettuce from store shelves for weeks. In 2021 tens of thousands of people die and millions are sickened and permanently injured around the world by a deadly gene therapy masquerading as a vaccine. What is the response? Damn the deaths, full speed ahead. Vaccine passports, vaccine lotteries, denial of basic services and entertainment for the unvaccinated. What the hell is going on? Many have said it before and I will repeat it. This is not about your… Read more »

It’s like the whole planet has turned into Jonestown.
Only the kool aid works slowly on most.