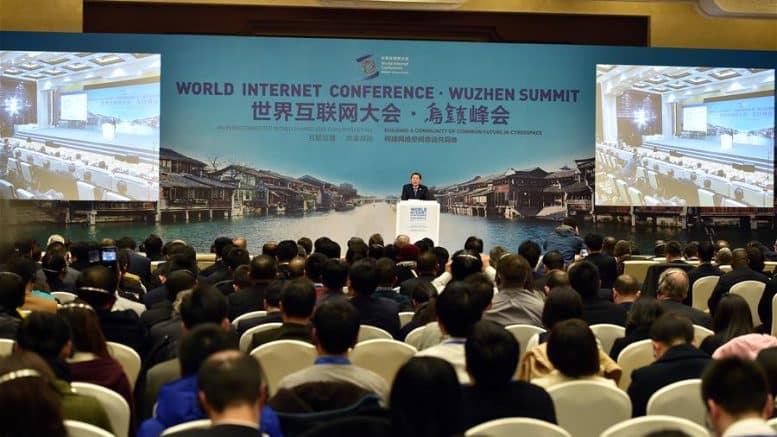 Little heard from but hugely influential, the professor-turned-Communist theoretician who has been a major adviser to three Chinese leaders finally stepped out of the shadows on Sunday.

Known as the brain behind President Xi Jinping, Wang Huning made his first major speech since joining the Politburo Standing Committee, the seven-member group that rules China, at a conference created to show off the country’s technological strengths to the world.

Well known for his icy remove and support of authoritarianism, Mr. Wang called for security and order on the internet as part of five proposals he made to guide the future of cyberspace. He also emphasized China’s technological prowess, and said more should be done by the government to guide the development of new industries like artificial intelligence and quantum computing.

Mr. Wang stepped onto the world stage before an audience that included Tim Cook, the chief executive of Apple, along with an all-star cast of Chinese tech entrepreneurs, such as Jack Ma of Alibaba.

Mr. Wang, 62, had emerged as the ideological counselor to Chinese leaders and the wordsmith of Mr. Xi’s more authoritarian style before being tapped to join the Standing Committee at a Communist Party congress in Beijing two months ago. A close confidant of Mr. Xi and the two previous Chinese presidents, Mr. Wang was promoted despite never having governed a province or run a state ministry.

On Sunday, Mr. Wang praised China’s president for his “deep understanding” of internet governance. He said the international community had “warmly received” Mr. Xi’s ideas about the internet, including the concept of cybersovereignty — a Chinese policy term used to argue that countries should be free to control the internet within their borders, even if it means censoring.

“Global cyberspace governance has no onlookers — we are all participants,” he said, adding that “all parties” should have a say over how the internet is managed across the world.