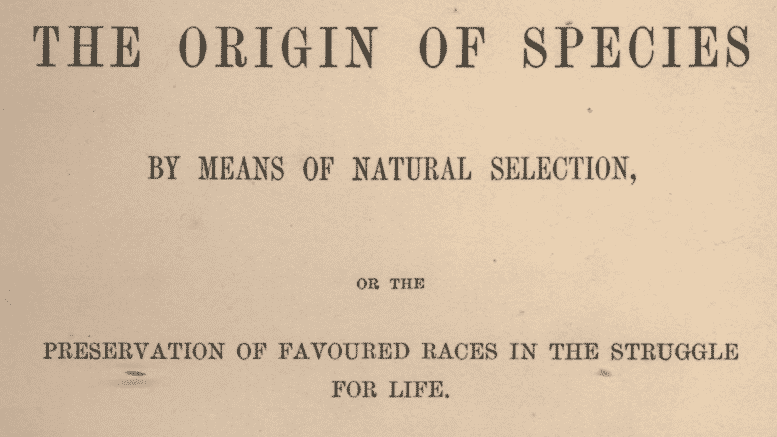 Darwinism has much in common with climate change in that its followers insist that the ‘science is settled.’ Anti-Darwinists are prosecuted with religious fervor. ⁃ TN Editor

We’re looking forward to the March for Science this coming April 22, planned for Washington, DC, and with satellite marches across the country. If you’ve read about it, it promises to be a screechy and politicized protest against questioning orthodox scientific views or criticizing scientists.

Scientists, as you know, are now held by many to enjoy a status granting them permanent immunity from criticism (much like the media, judges, and intelligence officials). In this way, scientific authority transmutes into scientific authoritarianism. Meanwhile we’re told it’s the skeptics on Darwinism and other scientific ideas, perpetually dodging threats to their careers and reputations, that we are supposed to fear and revile.

Some excellent advance reading on this theme would be the new book by Tom Bethell, Darwin’s House of Cards: A Journalist’s Odyssey Through the Darwin Debates. Our colleague Rachel Adams has written and directed an excellent video that’s a kind of précis of Bethell.

Her title, Iconclast, is well chosen. Over a career of more than forty years, Bethell has talked with iconic evolutionary scientists including Stephen Jay Gould, Richard Lewontin, Edward O. Wilson, and Colin Patterson. Hearing notes of disquiet among researchers themselves, he probed the evidence for the Darwinian account of life and found that, in his informed, accessible, and entertainingly defended view, there’s little or none.

This comment of his from the film is a keeper:

The great problem with science as it is understood today is that authority more and more replaces evidence. The scientists themselves love that, of course, because it means you can’t question them. But the fact is that we should be questioning them everywhere they go because the whole notion of science is that it should be open to the idea of questioning the claims that you make.

Question them “everywhere they go”? Scientists and their media protectors squeal and accuse you of “science denial” when you refuse to simply take whatever they say on the basis of authority alone. What?! Criticize the precious scientists? Tell them you don’t believe everything they say? Outrageous! Not allowed!

That is sooooo not true. My experience of scientists is that they love to be questioned, it is exactly how science progresses, that is exactly what science is. The science and facts and evidence in abundance of evolution are indisputable, it is you who has the skewed view of science and scientists. So, what facts and evidence do you have for the origin of life?
I suppose you still think the earth is flat.

Julie, the subject of this article is Tom Bethell, an author and award-winning journalist of many decades. He questions Darwinism. If evolution scientists love to be questioned, then why would they object to being questioned by him or anyone else? You say they “love to be questioned.” So, why not step up and answer his questions? Yet, in the same breath, you say that the evidence for evolution is “indisputable”, with the implication of “how dare anyone question it.” You then close with an ad hominem ridicule suggesting that Bethell is a “flat earther.” I suggest you read the whole… Read more »