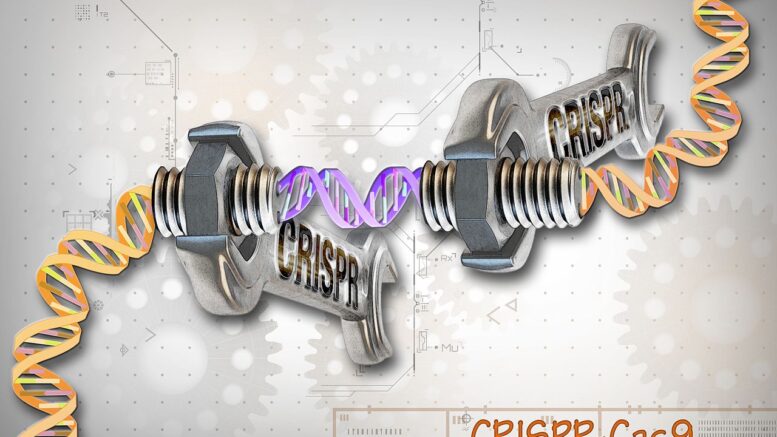 Please Share This Story!
PDF 📄
Why would China want DNA of American citizens? Because whoever has the data controls the system. While China may have been (or not?) thwarted in the U.S., it has set up testing labs all around the world which collect DNA samples. ⁃ TN Editor

According to U.S. intelligence officials, a Chinese offer to build testing facilities in the United States in the early days of the pandemic was turned down based on their warnings about the security risks.

The focus of the CBS story is the BGI Group (earlier known as the Beijing Genomics Institute), a Chinese biotech firm that offered to set up coronavirus testing laboratories in Washington, New York, California, and at least three other states. The company made some smaller-scale offers to assist with coronavirus testing.

BGI produced millions of coronavirus test kits for sale around the world and was paid millions to build test labs in numerous countries, including key U.S. allies like Israel and Saudi Arabia.

The U.S. government was suspicious of the big push for Chinese testing technology, warning as far back as the spring of 2020 that Chinese companies could be seeking to harvest sensitive data from foreign customers desperate to increase their coronavirus testing capacity.

One U.S. official told Bloomberg News in May 2020 that BGI was the “Huawei of genomics,” referring to the Chinese telecom giant that has been blocked from some Western networks due to concerns about Chinese intelligence using the company’s technology to conduct surveillance and espionage. As with Huawei, BGI insists it is not owned or controlled by the Chinese government and promises its customers their personal data will be secured.

60 Minutes interviewed William Evanina, former director of the National Counterintelligence and Security Center (NCSC), who said the warnings his office issued about China’s use of coronavirus testing to collect data about foreign citizens were justified. Evanina said he was glad he was able to talk American governors out of allowing BGI to build testing labs, and he insisted that despite the company’s denials, it is linked to the Chinese Communist Party (CCP) and the People’s Liberation Army (PLA).

“We put out an advisory to not only every American, but to hospitals, associations, and clinics. Knowing that BGI is a Chinese company, do we understand where that data’s going?” he said.

Evanina and other security experts warned specifically about the danger that if China can collect tremendous amounts of medical data about Americans, including their DNA, it could be able to monopolize the production of diagnostic equipment and medicines needed to treat them, gaining increasing amounts of leverage over the U.S. population, its government, and American industry.

60 Minutes pointed out that the Wuhan coronavirus pandemic has already demonstrated how this process works, as the world has become dependent on Chinese-made protective equipment. Evanina said Chinese firms are buying up American biotech companies to gain access to their data. He also mentioned the potential threats to privacy from seemingly innocuous services like genealogy companies that use DNA testing to trace family trees – a concern that has grown serious enough for the U.S. military to instruct service members to avoid using them.

“You have probably five or six healthcare companies the last five years who have been, I would say, penetrated, exfiltrated, hacked by China. Current estimates are that 80% of American adults have had all of their personally identifiable information stolen by the Communist Party of China,” he warned.

“What happens if we realize that all of our future drugs, our future vaccines … are all completely dependent upon a foreign source? If we don’t wake up, we’ll realize one day we’ve just become health care crack addicts and someone like China has become our pusher,” FBI special agent Edward You, who has a background in biochemistry, told 60 Minutes.

Evanina made similar comments at a virtual forum hosted by the Washington Post last week, warning that China (and Russia) are using everything from economic leverage to cyber-attacks and real-world espionage to take control of the global supply chain for Chinese coronavirus vaccines.

China already makes most of the drugs you are currently taking.

Everyone needs to wake up. Chinese officials are working with USA officials and have been for decades. They started the New World Order decades ago too – just didn’t announce it to the serfs.

How about americans start living healthy so they dont need to pop chinese or any other kind of pills by handful everyday!

Such information could be used to customize a bioweapon. A recent video discussion on TruNews described below and found at https://www.trunews.com/stream/deagel-doom-mysterious-website-reveals-more-about-2025-mass-death “Today on TruNews, we discuss a new prediction by the publishers of military-analyst outlet Deagel.com, forecasting that 233 million Americans will leave or be killed by 2025, and societal collapse, and nuclear and biological war with Russia and China will cause this dramatic end to the United States as we know it. We also compare this projection with the war plan shared by Communist General Chee Haotin, which argued for the extermination and occupation of the West by Beijing’s billions after… Read more »

Rick Wildes is and idiot, false prophet, anti-Semite, loser, and deceiver who claims to be a Christian. He is not! Avoid him like a heart attack, his message is a cancer, and evil: https://pulpitandpen.org/2019/08/09/video-charismatic-prophet-rick-wiles-goes-on-anti-semitic-hate-rant/

Looks to me like the US has Chinese spies and agents working in Washington, D.C. and in various state and local governments. So I don’t have to wonder how the Chinese government gets access to private and public individuals’ financial and personal information. If political leadership will mandate that healthy people smother in masks, all but force people to close their businesses causing millions of people to lose their jobs over a respiratory virus that can be prevented and/or cured with vitamins, minerals, amino acids, essential fatty acids and medicines already on the market. Then it’s not impossible for me… Read more »

Do you think it’s a coincident that a creepy senile pervert like Biden would be “elected” POTUS – even after the damning information about his son was brought to light? Here are some games you can play with CHI NA. Start typing anything you think might be spot-on that CHI NA doesn’t want to get out, and see how fast your typing messes up. You are probably correct 😏 and they just confirmed it for you. In a dark room the dead of the night, say CHI NA in the middle of a sentence and watch your smart devices that… Read more »