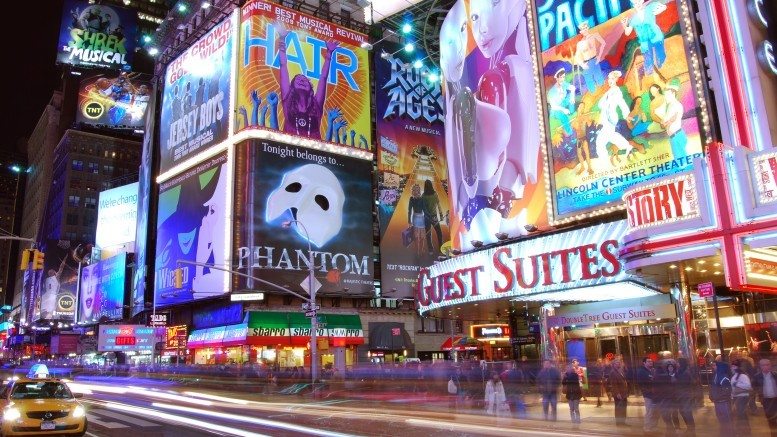 TN Note: The ethics of secretly collecting data from unaware citizens has yet to be established. The Fourth and Fifth requirements for Technocracy were established in 1934:

Like it or not, this is what is being played out today.

In the United States of America, billboards now see you. Or at least they see certain data from your mobile phone — age, gender and location — which they can then sell to advertisers.

Clear Channel Outdoor Americas, an advertising company with thousands of billboards across the United States, will announce its plan, called Radar, to begin tracking information from passing mobile phones on Monday, reports *The New York Times.*

The company is only planning to record demographic data about users in the aggregate, meaning it is disassociated from any unique personal data. So in theory, Radar won’t be able to tell advertisers you’re on a road trip across the country after seeing you jet across the Mid-west. There are, however, plenty of ways you make it possible for advertisers to figure that out on their own.

“In aggregate, that data can then tell you information about what the average viewer of that billboard looks like,” Andy Stevens, senior vice president for research and insights at Clear Channel Outdoor, told The New York Times. “Obviously that’s very valuable to an advertiser.”

Clear Channel is partnering with AT&T Data Patterns, a segment of the company that tracks users, PlaceIQ, an app-based location sensor and Placed, a program that actually pays users to let it keep tabs on their whereabouts.

Radar will have access only to information that has long been accessible to mobile advertisers, according to Clear Channel Outdoor. Tying information like age and gender to a particular location will allow them to sell a more precise profile of the people who see a particular billboard on an average basis.

In some cases, Clear Channel will be able to track whether someone who views a billboard ends up accessing the product advertised. If a mobile user has installed the Placed app on their phone, and he or she passes a billboard for a new bar in town, the app will know and be able to report whether the user ever ends up trying the place out.