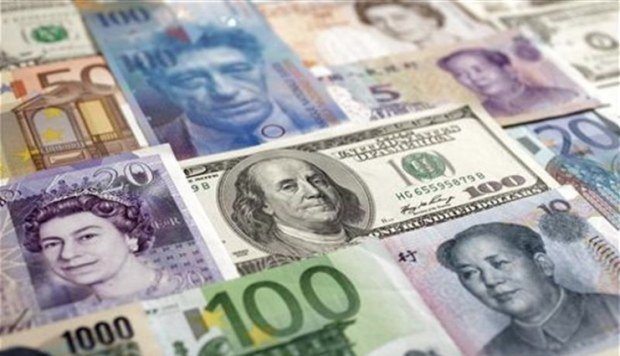 TN Note: The global war on cash is exacerbated by negative interest rates imposed by central bankers, which drives cash out of banks. Central and global banks are calling for a cashless society, which would give them complete control over the economic system – a tacit goal of Technocracy.

Back in August 2012, when negative interest rates were still merely viewed as sheer monetary lunacy instead of pervasive global monetary reality that has pushed over $6 trillion in global bonds into negative yield territory, the NY Fed mused hypothetically about negative rates and wrote “Be Careful What You Wish For” saying that “if rates go negative, the U.S. Treasury Department’s Bureau of Engraving and Printing will likely be called upon to print a lot more currency as individuals and small businesses substitute cash for at least some of their bank balances.”

Well, maybe not… especially if physical currency is gradually phased out in favor of some digital currency “equivalent” as so many “erudite economists” and corporate media have suggested recently, for the simple reason that in a world of negative rates, physical currency – just like physical gold – provides a convenient loophole to the financial repression of keeping one’s savings in digital form in a bank where said savings are taxed at -0.1%, or -1% or -10% or more per year by a central bank and government both hoping to force consumers to spend instead of save.

For now cash is still legal, and NIRP – while a reality for the banks – has yet to be fully passed on to depositors.

The bigger problem is that in all countries that have launched NIRP, instead of forcing spending precisely the opposite has happened: as we showed last October, when Bank of America looked at savings patterns in European nations with NIRP, instead of facilitating spending, what has happened is precisely the opposite: “as the BIS have highlighted, ultra-low rates may perversely be driving a greater propensity for consumers to save as retirement income becomes more uncertain.”

Call it another massive error on behalf of Keynesian central planners who once again fail to appreciate the nuances of the common sense and the liquidity preference of ordinary consumers.

However, just because negative rates have not been passed on to savers yet or just because cash still has not been made illegal, that doesn’t mean it won’t be.

The question at this point is twofold: what happens after the savings of ordinary depositors in the bank officially taxed and/or cash becomes phased out, and more importantly, what happens just before.

In other words, will there be a run on physical cash?

The truth is that if society panics and there is a full blown rush out of existing electronic bank deposits and into physical currency to avoid negative rate taxation, only those who panic first will be safe. Why? Because of the “magic” of fractional reserve banking – there is simply not enough physical currency in circulation to satisfy all savers’ claims.

The only reason to ban physical cash, it so that we can be virtually robbed.