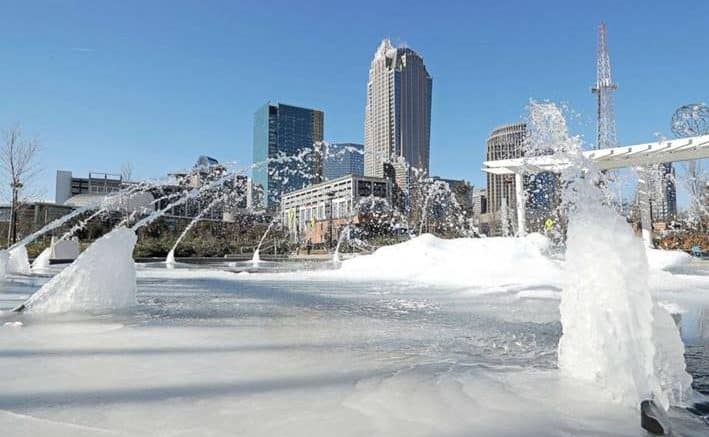 Global warming alarmist ‘believers’ in global elite circles will ignore this report because it doesn’t fit their agenda, which is to drive people into Sustainable Development. Without this alarm, there is no rationalization to lock up property and resources. ⁃ TN Editor

Our planet has just experienced the most extreme two-year cooling event in a century. But where have you seen this reported anywhere in the mainstream media?

You haven’t, even though the figures are pretty spectacular. As Aaron Brown reports here at Real Clear Markets:

From February 2016 to February 2018 (the latest month available) global average temperatures dropped 0.56°C. You have to go back to 1982-84 for the next biggest two-year drop, 0.47°C—also during the global warming era. All the data in this essay come from GISTEMP Team, 2018: GISS Surface Temperature Analysis (GISTEMP). NASA Goddard Institute for Space Studies (dataset accessed 2018-04-11 at https://data.giss.nasa.gov/gistemp/). This is the standard source used in most journalistic reporting of global average temperatures.

To put this temperature drop in context, consider that this is enough to offset by more than half the entirety of the global warming the planet has experienced since the end of the 19th century.

Since the end of the Little Ice Age in the 1880s, the planet has warmed by about 0.8 degrees C. You might think that was not a particularly drastic rate of warming to worry about. You might also note that such a rate of warming is well precedented in periods throughout history, such as during the Minoan, Roman and Medieval warming periods. Nonetheless this 0.8 degrees C rise – 0.9 degrees C, at a push – is the terrible climatic event the alarmist establishment has been assuring these last few decades is the worst thing ever and something that should worry us awfully.

So is this sudden cooling an even-worse thing? Not necessarily. As Brown goes on to explain in his piece, you can’t extrapolate trends from such a short time scale. Well, not unless you’re a climate alarmist… As we know from long experience, if it had been the other way round – if the planet had warmed by 0.56 degrees C rather than cooled, the media would have been all over it.