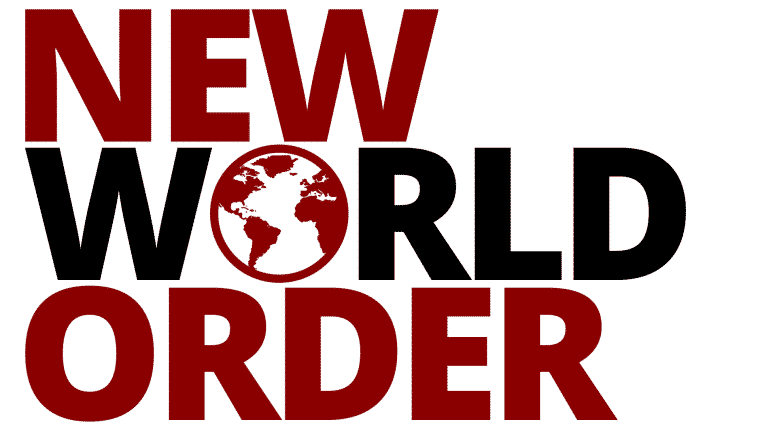 Please Share This Story!
PDF 📄
This article touches on some important points, but has no awareness of Technocracy, aka Sustainable Development, as the real driver behind globalization. The New World Order is aptly described by Dr. Parag Khanna (a Technocrat) in Connectography: ”We are building this global society without a global leader. Global order is no longer some-thing that can be dictated or controlled from the top down. Globalization is itself the order.”  The outcome of globalization is Scientific Dictatorship and Technocracy. ⁃ TN Editor

When globalists speak publicly about a “new world order” they are speaking about something very specific and rather sacred in their little cult of elitism. It is not simply the notion that civilization shifts or changes abruptly on its own; rather, it is their name for a directed and engineered vision — a world built according to their rules, not a world that evolved naturally according to necessity.

There are other names for this engineered vision, including the “global economic reset,” or the more general and innocuous term “globalism,” but the intention is the same. The ultimate goal of the new world order as an ideology is total centralization of economic and governmental power into the hands of a select and unaccountable bureaucracy made up of international financiers. This is governance according the the dictates of Plato’s Republic; a delusional fantasy world in which benevolent philosopher kings, supposedly smarter and more objective than the rest of us, rule from on high with scientific precision and wisdom. It is a world where administrators become gods.

Such precision and objectivity within human systems is not possible, of course. Human beings are far too susceptible to their own biases and personal desires to be given totalitarian power over others. The results will always be destruction and disaster. Then, add to this the fact that the kinds of people who often pursue such power are predominantly narcissistic sociopaths and psychopaths. If a governmental structure of high level centralization is allowed to form, it opens a door for these mentally and spiritually broken people to play out their twisted motives on a global stage.

It is important to remember that sociopaths are prone to fabricating all kinds of high minded ideals to provide cover for their actions. That is to say, they will adopt a host of seemingly noble causes to rationalize their scramble for power, but in the end these “humanitarians” only care about imposing their will on as many people as possible while feeding off them for as long as time allows.

There are many false promises, misrepresentations and fraudulent conceptions surrounding the narrative of globalism. Some of them are rather clever and subversive and are difficult to pick out in the deliberately created fog. The schemes involved in implementing globalism are designed to confuse the masses with crisis until they end up ASKING for more centralization and less freedom.

Con #1: Globalism Is About “Free Markets”

Free markets according to Adam Smith, a pioneer of the philosophy, are supposed to provide open paths for anyone with superior ideas and ingenuity to pursue those ideas without interference from government or government aided institutions. What we have today under globalism are NOT free markets. Instead, globalism has supplied unfettered power to international corporations which cannot exist without government charter and government financial aid.

The corporate model is completely counter to Adam Smith’s original premise of free market trade. Large corporations receive unfair legal protection under limited liability as well as outright legislative protection from civil consequences (Monsanto is a perfect example of this).  They also receive immense taxpayer funded welfare through bailouts and other sources when they fail to manage their business responsibly.  All this while small businesses and entrepreneurs are impeded at every turn by taxation and legal obstacles.

In terms of international trade being “free trade,” this is not really the case either. Only massive corporations supported by governments are able to exploit the advantages of international manufacturing and labor sources in a way that ensures long term success. Meanwhile economic models that promote true decentralization and localism become impractical because real competition is never allowed. The world has not enjoyed free markets in at least a century. What we have today is something entirely different.

Con #2: Globalism Is About A “Multipolar World”

This is a relatively new disinformation tactic that I attribute directly to the success of the liberty movement and alternative economists. As the public becomes more educated on the dangers of economic centralization and more specifically the dangers of central banks, the globalists are attempting to shift the narrative to muddy the waters.

For example, the liberty movement has railed against the existence of the Federal Reserve and fiat dollar hegemony to the point that our information campaign has been breaking into mainstream thought. The problem is that globalism is not about the dollar, U.S. hegemony or the so-called “deep state,” which in my view is a distraction from the bigger issue at hand.

The fact is, globalist institutions and central banks permeate almost every corner of the world. Nations like Russia and China are just as heavily tied to the IMF and the Bank for International Settlements and international financial centers like Goldman Sachs as any western government.

Part of the plan for the new world order, as has been openly admitted by globalists and globalist publications, is the decline of the U.S. and the dollar system to make way for one world financial governance through the IMF as well as the Special Drawing Rights basket as a mechanism for the world reserve currency. The globalists WANT a less dominant U.S. and a more involved East, while the East continues to call for more control of the global economy by the IMF. This concept unfortunately flies over the heads of most economists, even in the liberty movement.

So, the great lie being promoted now is that the fall of the U.S. and the dollar is a “good thing” because it will result in “decentralization,” a “multi-polar” world order and the “death” of globalism. However, what is really happening is that as the U.S. falls globalist edifices like the IMF and the BIS rise.  We are moving from centralization to super-centralization. Globalists have pulled a bait and switch in order to trick the liberty movement into supporting the success of the East (which is actually also globalist controlled) and a philosophy which basically amounts to a re-branding of the new world order as some kind of decentralized paradise.

Con #3: Nationalism Is The Source Of War, And Globalism Will End It

If there’s one thing globalists have a love/hate relationship with, it’s humanity’s natural tribal instincts. On the one hand, they like tribalism because in some cases tribalism can be turned into zealotry, and zealots are easy to exploit and manipulate. Wars between nations (tribes) can be instigated if the tribal instinct is weighted with artificial fears and threats.

On the other hand, tribalism lends itself to natural decentralization of societies because tribalism in its best form is the development of many groups organized around a variety of ideas and principles and projects. This makes the establishment of a “one world ideology” very difficult, if not impossible. The first inclination of human beings is to discriminate against ideas and people they see as destructive and counter to their prosperity. Globalists therefore have to convince a majority of people that the very tribalism that has fueled our social evolution and some of the greatest ideas in history is actually the source of our eventual doom.

Nationalism served the globalists to a point, but now they need to get rid of it entirely. This requires considerable crisis blamed on nationalism and “populist” ideals. Engineered war, whether kinetic or economic, is the best method to scapegoat tribalism. Every tragedy from now on must eventually be attributed to ideas of separation and logical discrimination against negative ideologies. The solution of globalism will then be offered; a one world system in which all separation is deemed “evil.”

Con #4: Globalism Is Natural And Inevitable

As mentioned earlier, globalists cannot have their “new world order” unless they can convince the masses to ask for it. Trying to implement such a system by force alone would end in failure, because revolution is the natural end result of tyranny. Therefore, the new world order has to be introduced as if it had been formed by coincidence or by providence. Any hint that the public is being conned into accepting global centralization would trigger widespread resistance.

This is why globalism is always presented in the mainstream media as a natural extension of civilization’s higher achievement. Even though it was the dangerous interdependency of globalism that helped fuel the economic crisis of 2008 and continues to escalate that crisis to this day, more globalism is continually promoted as the solution to the problem. It is spoken of with reverence in mainstream economic publications and political discussions. It receives almost religious praise in the halls of academia. Globalism is socioeconomic ambrosia — the food of deities. It is the fountain of youth. It is a new Eden.

We live in an era that represents an ultimate crossroads for civilization; a time of great uncertainty. Will we seek truth in the trials we face, and thus the ability to create our own solutions?  Or, will we take a seemingly easier road by embracing whatever solutions are handed to us by the establishment? Make no mistake — the globalists already have a solution prepackaged for us. They have been acclimating and conditioning the public to accept it for decades now. That solution will not bring what it promises. It will not bring peace, but eternal war. It will not bring togetherness, but isolation. It will not bring understanding, but ignorance.

When globalists eventually try to sell us on a full-blown new world order, they will pull out every conceivable image of heaven on Earth, but they will do this only after creating a tangible and ever present hell.