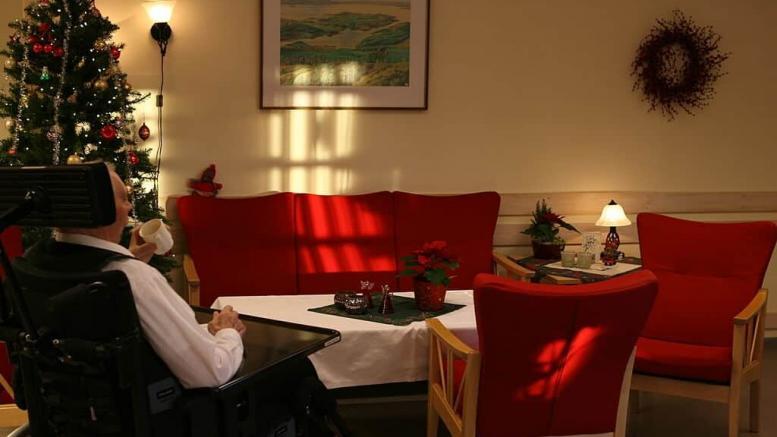 Please Share This Story!
PDF 📄
Even CNN is recognizing that COVID-19 policy makers have created a catastrophe of epic proportions in nursing home facilities where a disproportionate percentage of victims died. As people shake their head, they should also be asking why this happened. ⁃ TN Editor

Three months ago, as the novel coronavirus began to gain a foothold in countries across Europe, officials in the UK said they were still confident that the risk to the British public remained low.

By February 25, the World Health Organization said the virus had already killed thousands in China and was spreading through northern Italy, but at the time there were just 13 confirmed cases and no deaths in the UK. While the government ordered hospitals to prepare for an influx of patients, its advice to some of the country’s most vulnerable people — elderly residents of care or nursing homes — was that they were “very unlikely” to be infected.

That guidance would remain in place over the next two-and-a-half weeks, as the number of coronavirus cases in the UK exploded. By the time the advice was withdrawn on March 13 and replaced with new guidance, there were 594 confirmed cases, and it was too late.

By May 1, of the 33,365 total confirmed deaths in England and Wales, at least 12,526 — or 38% — were care home residents, according to the latest estimates from the Office of National Statistics (ONS).

While the UK government has defended its handling of the issue, care home staff and experts placed at least some of the blame for Europe’s highest death toll on the prioritization of hospitals over these facilities. Others have blamed the slow rollout of testing, the government’s alleged pursuit of “herd immunity” (which it denies seeking) and its failure to order a lockdown early enough.

The UK is not alone. Many other nations were slow to respond to the threat at care home facilities, and the consequences have been devastating.

A cleaning crew enters the Life Care Center on the outskirts of Seattle, Washington on March 12.

Researchers based at the London School of Economics (LSE) created the Long-Term Care responses to Covid-19 (LTCcovid) group with its International Long Term Care Policy Network (LTCPN). LTCcovid is a global network of academics and experts in the field who gather and analyze official data from around the world, and found that many countries were seeing high rates of severe infections and deaths in care homes.

Comparing death tolls can be difficult: some countries have separate data covering elderly care homes, while others include facilities for those with disabilities. Some countries do not include in their data those residents who die in hospitals, some have regional variation​, and some have no data at all.

Many governments are just starting to record death tolls in care homes — and the figures are staggering.

I lost my mother to the virus on April 21. She stayed in a nursing home. I find it very peculiar that as soon as this virus hit the country, the nursing homes seemed to be the hotbeds almost instantly. Now of course this could make sense to the normal news reader simply because these places are full of the most high risk demographic.This requires more research, but it seems to me that these care facilities became hotbeds in a suspiciously quick period of time. In a little over a month, all of these nursing homes had residents that tested… Read more »

Strange that people have died from nothing since early in 2020 other than Coroniv-19 don’t you think. It is pretty well known that the numbers have been fudged to serve someone or some group’s or Party’s purpose. No need to wonder what the end game is.

One thing we know for sure, the poor elderly in nursing homes are at the mercy of the doctors and providers. What do all they in nursing homes have in common? Every one received a flu shot, and one every single time offered and they cannot be refused. Not only this I believe they are overprescribed so many medications it’s a wonder that any survive. The complications of mixing meds is horrendous. Sleeping pills, heart pills, high blood pressure pills, high cholesterol pills, dizzy pills, myriads of pills for pain (THEY PRESCIBE FENTENAYL!) , depression pills, pills to pee, pills… Read more »