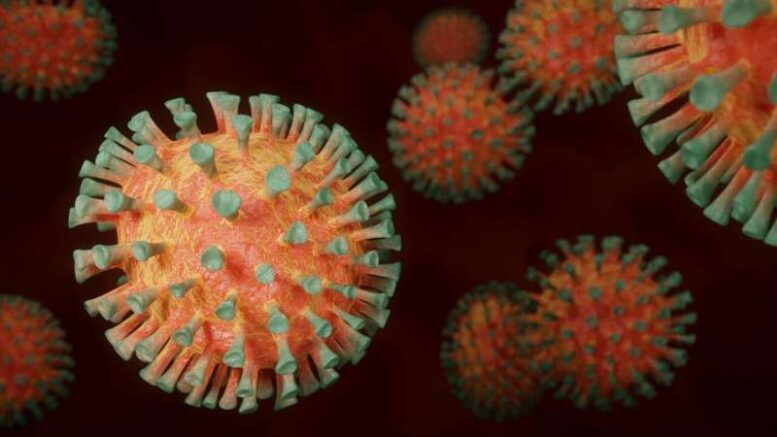 Please Share This Story!
PDF 📄
The iron teeth of compulsory injections are crushing resistance all around the world. Remember that these are still experimental gene therapy injections and not approved by any government health authority. The global Technocrats and Transhumanists who are pushing this agenda have no ethical boundaries to constrain their actions. ⁃ TN Editor

A growing number of countries and territories around the world are forcing people, often in specific sectors, to be vaccinated against COVID-19.

Here is a roundup:

Tajikistan and the Vatican are among the rare countries imposing vaccinations on all adults.

In ex-Soviet Tajikistan the official news agency has published a government decree obliging all over 18s to be vaccinated, without giving further details.

In the Vatican, the world’s smallest state, vaccinations were made obligatory for residents and workers in February, with those refusing liable to be sacked.

Several countries or territories have imposed vaccinations on certain sections of the population.

Italian doctors and health workers in the public and private sector must get vaccinated or face being banned from working directly with patients.

A group of 300 Italian health workers have gone to court to try to get the obligation overturned and a hearing is scheduled on July 14.

On June 16 the British government announced all care home staff in England will need to be fully vaccinated.

If approved by parliament, the new legislation means anyone working in a care home must have two doses of a vaccine from October unless they have a medical exemption.

The rules will apply to all workers employed directly by the care home, as well as to agency workers and volunteers.

The mayor of Moscow Sergei Sobyanin ordered mandatory jabs for residents of the Russian capital working in the service industry on June 16.

Some 60 percent of all service industry workers in Moscow—just over two million people—were ordered to be fully vaccinated by August 15.

Since then other localities have taken similar measures, including badly-hit Saint Petersburg.

Kazakhstan on July 1 ordered mandatory coronavirus vaccinations for a wide range of workers who come into contact with others. Those who refuse will be restricted from working face-to-face with other people.

The city of San Francisco has announced it will require all municipal employees to be vaccinated or they could face penalties up to and including dismissal.

The new rule will not take effect until the vaccines have received full approval from the US Food and Drug Administration, which has so far given the green light for their use on an emergency basis due to the pandemic.

More than 150 employees at the Houston Methodist Hospital in Texas have already been fired or resigned after failing to comply with orders to get a shot.

French Health Minister Olivier Veran has said that mandatory vaccinations are not yet necessary for all. But the government is working on a draft law to force health workers to be jabbed.

In a number of places, while there is no formal requirement for vaccination, restrictions for the non-vaccinated mean there is a de facto obligation.

Riyadh has decided that anyone using public transport or entering a government or private establishment or sports venue must be vaccinated from August 1.

Only vaccinated employees in the public and private sector can enter their workplaces.

The province of Sindh says it will refuse to pay government employees who have not been vaccinated from July, and neighbouring Punjab has said it will block the mobile phones of people refusing to get jabs.

They can give me the jab soon as I run out of ammo.

Lovely and refreshing to see someone not experiencing “Vaccine Hesitancy”.

Simple put I will kill any MF who thinks he or she will inject me. I will die a free man in my living room…. Word to these scum… “come and get some of my injections”

They can poison me with the injection about a week after my body becomes a corpse, and absolutely no sooner.

If the Oligarchs are allowed to succeed with compulsory jabs for ConVid 19…What’s next?….compulsory assisted suicide? Whatever :</ …I'm still not taking the jab. I'm in a covenant with The One True God. Sometimes, God's greatest supernatural, divine miracles don't take place until the enemy pushes His children's proverbial "backs against the wall". I've been there more than once. He is so, so good!

What medications will they mandate next? Chemo for all? Liptor for all? Prozac for all? Any mandate is coersion and illegal in a democratic republic. As far as the 1905 Scotus case; they never mention the fact that Jacobsen was given the option to pay a $5 fine instead.

I have heard rumors that the US army will come out and forcibly “vaccinate” us all by gunpoint. To ensure we all die within 2 years.
But it would be simpler to say they wanted to hold unvaxxed people at a FEMA camp just a few days to ensure they weren’t contagious. Take away cell phones. Gun or gas everybody and cremate the bodies.
Tell family/friends you died of Covid. Much simpler way of killing many.

If any Technocrats are to be disintegrated into basic etheric energy, and so rendered unable to reincarnate, then at least they won’t have to be “oppressed” by the divine beings and ethical boundaries anymore.

Compulsory Injections: Governments, Employers Are Coming After Anti-Vaxxers. Well, they can take their fascism and their fake vaccine and they can stick it up their arse. That will give them an extra shot to protect them from the ‘virus’ so th

Compulsory Injections: Governments, Employers Are Coming After Anti-Vaxxers – Kindly Wake The Hell Up

This is the final litmus test for the FDA. So far, they have failed miserably. Which is almost ironic in a way in that the FDA has approved some killer drugs out there. By killer, I mean just that, drugs that have killed people but so far they have not approved one single mrna vax even though its supposedly been researched/tested since what 2003? Tells you something when the fda goes, I can’t approve that crap but approved so many others. I believe the FDA is part of the Deep State. If they give full approval to any of these… Read more »