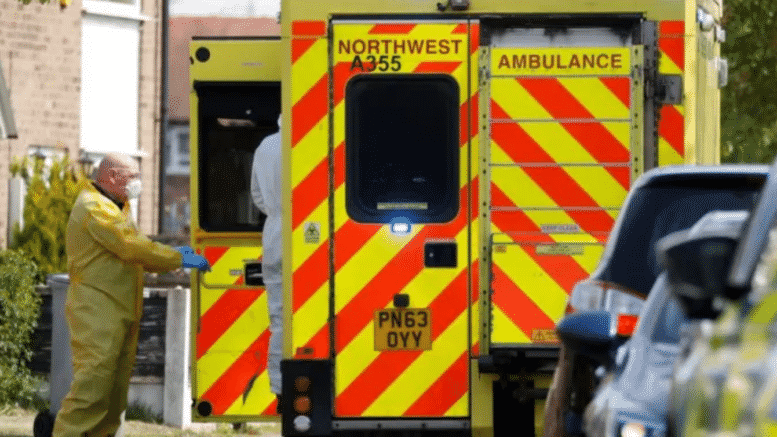 Posted By: David Spiegelhalter/Anthony Masters via The Guardian (UK) July 5, 2021

Please Share This Story!
PDF 📄
But, the authors claim, “Don’t think of this as a bad sign, it’s exactly what’s expected from an effective but imperfect jab.”  What gaslighting. The experimental gene therapy injection is acknowledged as imperfect but nevertheless effective even it people die from COVID after receiving the shot? This is insanity. ⁃ TN Editor

A MailOnline headline on 13June read: “Study shows 29% of the 42 people who have died after catching the new strain had BOTH vaccinations.” In Public Health England’s technical briefing on 25 June, that figure had risen to 43% (50 of 117), with the majority (60%) having received at least one dose.

It could sound worrying that the majority of people dying in England with the now-dominant Delta (B.1.617.2) variant have been vaccinated. Does this mean the vaccines are ineffective? Far from it, it’s what we would expect from an effective but imperfect vaccine, a risk profile that varies hugely by age and the way the vaccines have been rolled out.

Consider the hypothetical world where absolutely everyone had received a less than perfect vaccine. Although the death rate would be low, everyone who died would have been fully vaccinated.

The vaccines are not perfect. PHE estimates two-dose effectiveness against hospital admission with the Delta infections at around 94%. We can perhaps assume there is at least 95% protection against Covid-19 death, which means the lethal risk is reduced to less than a twentieth of its usual value.

But the risk of dying from Covid-19 is extraordinarily dependent on age: it halves for each six to seven year age gap. This means that someone aged 80 who is fully vaccinated essentially takes on the risk of an unvaccinated person of around 50 – much lower, but still not nothing, and so we can expect some deaths.

The PHE report also reveals that nearly a third of deaths from the Delta variant are of unvaccinated people over 50, which may be surprising given high vaccine coverage; for example, OpenSAFELY estimates more than 93% among the 65-69s. But there are lower rates in deprived areas and for some ethnicities and communities with limited coverage will continue to experience more than their fair share of loss.

Sounds like The Guardian is trying real hard to CYA the numbers and lean them back to all-vax-good propaganda. The figure for 95% for “protection” level has got to be relative, not absolute risk. Old trick. Plenty of UK people are not falling for this nonsense.

100% agree. The article is poor given the fact it doesn’t mention RRR vs ARR and chooses RRR when quoting. 95% is related only to the clinical trial and doesn’t mean benefit to the individual like so many believe. The Government is criminal for allowing this misunderstanding to prevail without correcting it.

First, you have to understand what they mean by effective or protection. Often it doesn’t have the same meaning to them as it does to you. In a clinical trial terms have a meaning that is specific to the parameters of the study. For example, in the covid vaccine trial effective in preventing disease doesn’t mean that it prevents infection or transmission. Disease in the context of the trial means symptoms as disease is the effects of infection. That definition of disease is totally consistent with how they claim the vaccine is designed to work. In August of 2020 the… Read more »

Yeah but no one is dying from c19 or variants just because c19 doesn’t exist, therefore the variants are illusions.
This is all talk that covers up the fact that people are dying from the jabs themselves.

I don’t read anything from The Guardian.

Imperfect really means leaky. They love to use semantic manipulation to confuse people. This is usually done by word substitution or creating a brand new term to replace the previous commonly used term.

I’m surprised this study even got out. The media was forced to address it in order to get ahead of the blowback. Of course, they engaged in their typical obfuscation and distortion of the facts.

Survived dumb C19. Yeah, it was bad. meds didn’t work, herbal teas and herbal wild flowers worked. Then got hit with the Delta last month. Wasn’t as bad, I must of gotten some immunity from the C19. But, Delta hung around way longer than expected. Just couldn’t shake it off. Saw a medical study out of Florida showing how Benadryl was defeating the Delta variant. Well, I went and took some, can’t hurt any worse than what I was. Within an hour, goodbye Delta. Don’t want to fly those unfriendly skies. So, I grew up thinking the world would end… Read more »