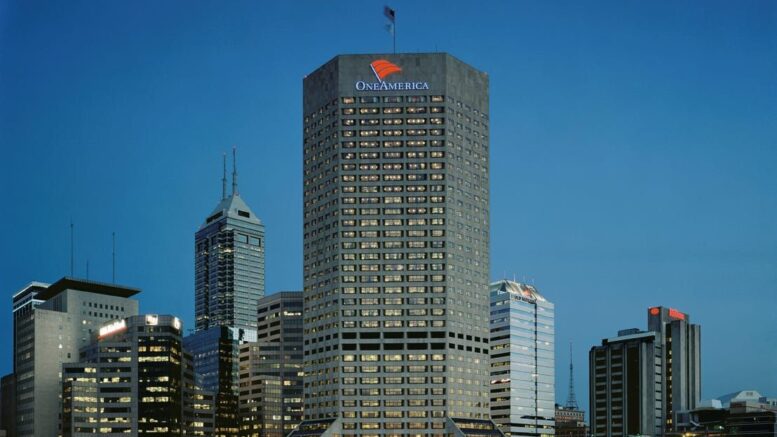 Please Share This Story!
PDF 📄
Wars produce dead bodies, and Technocracy’s war against the world is no exception. Regardless of specific cause of death, dead bodies are piling up at an unprecedented rate in American history. Insurance companies don’t care about propaganda and COVID rhetoric; actuarial tables and actual death claims paid out tell the final story. ⁃ TN Editor

Deaths among working-age Americans are up a chilling 40%, according to OneAmerica CEO Scott Davison.

“What we saw just in third quarter, we’re seeing it continue into fourth quarter, is that death rates are up 40% over what they were pre-pandemic,” Davison said in a virtual news conference just before the New Year.

“We are seeing, right now, the highest death rates we have seen in the history of this business – not just at OneAmerica.”

The increased death are occurring almost exclusively among “working-age people 18 to 64.”

Davison told viewers, “Just to give you an idea of how bad that is, a three-sigma or a one-in-200-year catastrophe would be 10% increase over pre-pandemic.”

Your typical Mainstream Media or government-issued report (is there still a difference?) hypes the number of positive test results, even though not everyone gets tested and test results can show positive even when someone just has a regular flu bug. What Davison is looking at for his numbers are the life insurance actuarial tables that can make or break his business.

So my first thought, when I saw a life insurance CEO saying that working-age deaths are up by 40%, was that it’s literally his business to know the facts.

As Dr. Robert Malone put it — on Substack, following his Twitter ban — this “is a nuclear truth bomb masquerading as an insurance agent’s dry manila envelope full of actuarial tables.”

It’s only the third day of January but I’m already picking this one for Most Chilling Story of the Year.

Actually, I take that back — if I’ve learned anything these last two years, it’s not to tempt the fates.

Last week, the Indiana Department of Health reported 12,020 new COVID cases on Thursday alone, and that’s a record. But there were only 48 COVID-related deaths, about a third less than the last time the caseload was this high.

“What the data is showing to us is that the deaths that are being reported as COVID deaths greatly understate the actual death losses among working-age people from the pandemic,” Davison said. “It may not all be COVID on their death certificate, but deaths are up just huge, huge numbers.”

Funeral home stats and insurance company death/injury benefits is where the rubber meets the road. NO DENYING THE FACTS, FAUCI AND BIDEN. Mass murderers of the American people, or so the FACTS tell us.

When a loved one got the Pfizer jab… | The Radio Patriot

Guess who's dying in massive numbers and we don't know why? - Self-Reliance Central

[…] Deaths among working-age Americans are up a chilling 40%, according to OneAmerica CEO Scott Davison. […]