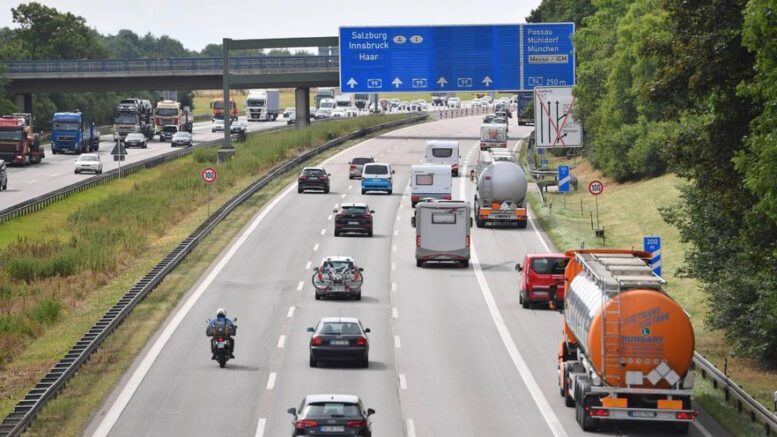 Please Share This Story!
PDF 📄
Technocrats are obsessive-compulsive about collecting sensor data on everything that moves, processes or functions. Vehicles are the perfect target for ubiquitous data harvesting and of course, police will be the first to have access to the new treasure trove. To suggest that data will be anonymized and available to other entitieis such as insurance companies, is ludicrous. ⁃ TN Editor

Starting this summer, all new cars sold in the EU will by law contain a ‘black box’ accessible by authorities that records driving data.

From July 6, 2022, all car manufacturers will be forced to fit new models with a system that keeps track of technical data.

The data recorded will include “the vehicle’s speed, braking, steering wheel angle, its incline on the road, and whether the vehicle’s various safety systems were in operation, starting with seatbelts.”

“The new system will coincide with the introduction of Intelligent Speed Assistance (ISA) systems, which will warn drivers when they breach the speed limit,” reports Reclaim the Net. “However, the ISA systems should not prevent the driver from actually breaking the speed limit.”

The system, which will be accessible to law enforcement but not insurance companies, will also be able to catalogue the exact type of vehicle and send the information to manufacturers after an accident.

Authorities claim the data will be “anonymized,” meaning the information can’t be used to identify the owner of the vehicle, although only the incredibly naive would plausibly believe that.

For decades, government have been pushing for all cars to be fitted with black boxes that track location data.

The ultimate dystopian scenario involves giving police the power to utilize similar technology to completely disable the functioning of a vehicle if the driver is deemed to have committed an infraction.

This doesn’t need to be a criminal offense, if the pursuit of social credit score schemes continues to become more invasive, it would eventually be used as a form of punishment for everything from unpaid utility bills to offensive comments posted on social media.

Not surprised. The so-called authorities have been pushing for this control for years by offering 10% off insurance. When the agent asked me if I wanted to save on my costs I said, of course. But when she told me how I refused, as do so many. NO. I do not want you or anyone monitoring my behavior in my own car.