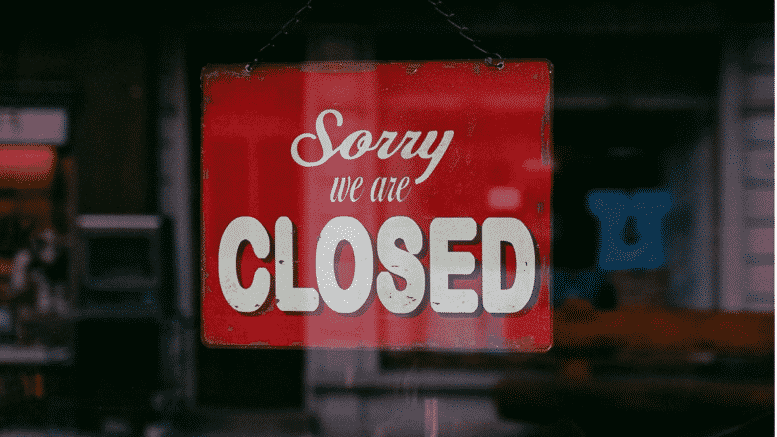 Please Share This Story!
PDF 📄
From the people’s standpoint, lockdowns were the greatest policy failure in the history of our nation. From the Technocrat’s point of view, lockdowns were a brilliant policy to destroy the Free Market Economic model of civilization while accelerating the depopulation agenda. ⁃ TN Editor

Lockdowns were one of the “greatest peacetime policy disasters of all time,” concludes Professor Douglas Allen in a paper just published by the International Journal of the Economics of Business.

Elsewhere, a team of researchers with the National Bureau of Economic Research “failed to find” any evidence that lockdowns led to a reduction in the covid death rate. In fact, the researchers—who examined data from forty-three countries and all US states—found that lockdowns were positively correlated with a higher total death rate. That preventing people from engaging in work, school, and socialization would cause widespread suffering is hardly surprising. Sadly, Nevadans are all too familiar with this fact.

Governor Steve Sisolak’s lockdowns did nothing to stop covid. They did, however, inflict widespread harm upon working-class Nevadans. A recent analysis from the Pew Charitable Trusts found that Nevada’s prime-age employment rate dropped a full 10 percentage points from 2019 to 2021. In other words, ten out of every hundred prime-working-age Nevadans that were employed in the spring of 2019 are now out of a job. This was by far the highest rate of job loss found in any state nationwide, and triple the average rate found among the other forty-nine US states.

As bad as that is, nothing compares to the harm that Sisolak’s failed policies inflicted on children. School closures caused massive learning loss, which can have compounding deleterious effects that lead to reduced future earnings, an increased poverty rate, and even reduced life expectancy. Rates of mental health issues among children, including acts of intentional self-harm, have skyrocketed.

These horrific costs were imposed without any corresponding benefits. As even the Centers for Disease Control and Prevention now admits, “COVID-19 transmission does not appear to be demonstrably more frequent in schools than in noneducational settings.” A more rigorous study published later by the Journal of Global Health found that “children and adolescents had lower odds of infection in educational-settings compared to community and household clusters.” In other words, school shutdowns did nothing to stop the spread of covid.

The scientific data makes clear that these policies should never again be implemented in response to covid—which, as a reminder, is less deadly than the flu for healthy young children and comparable to the flu for adults who choose to get vaccinated.

But, for whatever reason, many in the public health establishment have been reluctant to acknowledge that the lockdowns, school closures, and other draconian measures they championed in response to covid were utter failures. Tragically, many other countries are still implementing these dehumanizing and ineffective measures today. This is a problem, given that covid is clearly here to stay, and that American politicians have demonstrated an uncomfortable willingness to emulate the totalitarian practices of other nations.

Sadly, nothing can undo the damage already caused by Sisolak’s failed policies. But when the next rise of covid cases inevitably occurs, it is imperative that Nevadans are represented by political leaders willing and able to stand against the hysteria and groupthink. Never again should our children and most vulnerable be sacrificed to placate the misguided fear and neuroses of adults.

Lockdowns and school closures will go down as one of the worst peacetime policy disasters of all time. Nevadans need political leaders who acknowledge this fact, rather than those who would be willing to repeat such catastrophes. Voters will have the ability to make that choice when they go to the polls next November. I hope they choose wisely.

[…] >Lockdowns Positively Correlated with Higher Death Rate, Economic Destruction: From the people’s standpoint, lockdowns were the greatest policy failure in the history of our nation. From the Technocrat’s point of view, lockdowns were a brilliant policy to destroy the Free Market Economic model of civilization while accelerating the depopulation agenda –  SHORT READ HERE […]