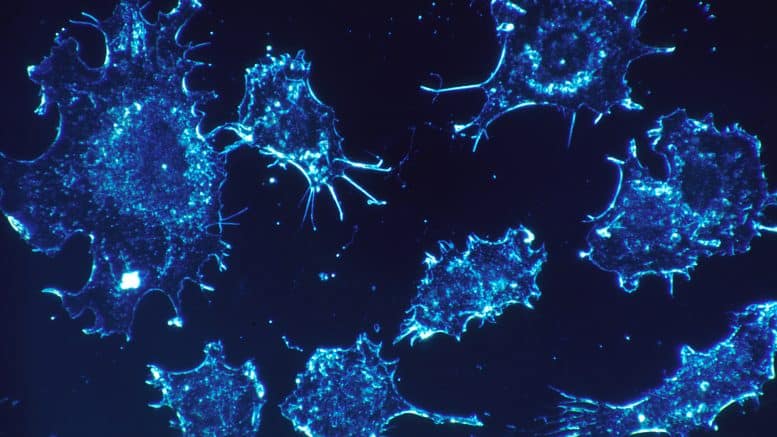 Right on schedule, companies that edit DNA with CRISPR technology forcefully refute other scientists’ claim that CRISPR-edited genes can cause cancer. Technocrats believe their science is infallible and reject all criticism until forced to do otherwise. ⁃ TN Editor

Medical researchers say two new studies suggest that a cutting-edge therapy to repair defective genes could promote cancer-causing mutations in cells, a possible safety concern that some of the hottest companies in biotechnology may have to account for as they start human trials.

The laboratory studies were published Monday in the journal Nature Medicine. They suggest that, under the right conditions, the gene-editing method called CRISPR-Cas9 might promote mutations in a gene that’s also defective in many malignant cells.

Cells with mutations in the gene, called p53, can’t properly stop cells with DNA damage from dividing so the damage can be repaired — which can be a key driver of cancer.

On Monday, the stocks of three companies developing the therapies plunged, as investors weighed whether the news would slow the introduction of treatments based on the technology. Crispr Therapeutics AG fell 13 percent at the close, while Editas Medicine Inc. dropped 7.8 percent and Intellia Therapeutics Inc. fell 9.8 percent.

“Theoretical concerns will continue to arise with regards to gene editing until the first substantial set of clinical data is generated given the interest and volume of preclinical work being conducted in the field, but do not see any direct concerns,” he said in a note to clients. He has an equal-weight rating on Editas.

The three gene editing companies said they did not believe the potential p53 risk would affect their programs.

“We do not believe the theoretical risks described in these papers apply to Crispr Therapeutics’ programs,” company spokesman Christopher Erdman said in a statement. He said the company is using what are known as gene disruption and high-efficiency gene-correction methods, different than the ones used in the Nature Medicine studies.

Intellia “has not found this type of effect” in any of its animal or laboratory studies “despite extended observation,” Jennifer Mound Smoter, a spokeswoman for the company, said in an email. Intellia’s current work is focused on different cell types than the ones used in the Nature Medicine studies.

Editas Medicine can achieve “much higher targeted integration rates and gene correction without suppressing p53 than the authors of this paper saw in their experiment,” Cristi Barnett, a spokeswoman for the company, said in an email.

Jussi Taipale, a cancer researcher at the University of Cambridge who is a senior author on one of the two studies, said that gene-editing research should “move forward cautiously” to look for any evidence that the methods the companies are using could be selecting for cancer-promoting traits.