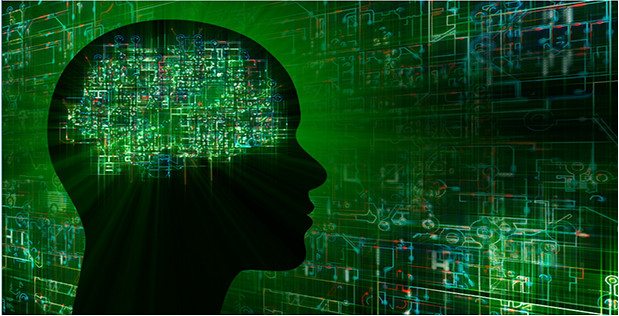 DARPA is a hotbed of Technocrats who are dedicated to pushing science beyond even science fiction to solve all battlefield problems. The neural interface it envisions will work in both directions, meaning that control over the soldiers’s own brain is possible. ⁃ TN Editor

Today, the Defense Advanced Research Projects Agency is selecting teams to develop a “neural interface” that would both allow troops to connect to military systems using their brainwaves and let those systems transmit back information directly to users’ brains.

The Next-Generation Non-Surgical Neurotechnology, or N3, program aims to combine the speed and processing power of computers with humans’ ability to adapt to complex situations, DARPA said. In other words, the technology would let people control, feel and interact with a remote machine as though it were a part of their own body.

“From the first time a human carved a rock into a blade or formed a spear, humans have been creating tools to help them interact with the world around them,” said Al Emondi, the program manager at DARPA’s Biological Technologies Office. “The tools we use have grown more sophisticated over time … but these still require some form of physical control interface—touch, motion or voice. What neural interfaces promise is a richer, more powerful and more natural experience in which our brains effectively become the tool.”

DARPA began studying interactions between humans and machines in the 1960s, and while technology that merges the two may sound far-fetched, the organization already proved it’s possible.

Through its Revolutionizing Prosthetics program, DARPA created a prosthetic limb that disabled veterans can control using an electrode implanted in their brain. The system gives users “near-natural” arm and hand motion while transmitting signals that mirror a sense of touch back to their brain.

Now the agency wants to create a similar apparatus for able-bodied service men and women that doesn’t require surgical implants.

The N3 program is divided into two tracks: non-invasive interfaces that sit completely outside the body, and minutely invasive interfaces that could require users to ingest different chemical compounds to help external sensors read their brain activity. In both tracks, technologies must be “bidirectional,” meaning they can read brain activity and also write new information back to the user.

While those capabilities might fuel conspiracy theories about government mind-reading and mind-control, Emondi told Nextgov that won’t be the case—scientists are only beginning to figure out how the brain’s 100 billion neurons interact, so controlling those interactions is next to impossible. Instead, he said it’s better to think of N3 technology as means to use to a computer or smartphone without a mouse, keyboard or touch screen.

The program is solely focused on designing an interface for humans to connect with technology, not the technology itself, but according to Emondi, the use cases will likely be more high stakes than controlling prosthetic limbs.

He theorized the interface could be used to help a pilot coordinate a fleet of drones with their thoughts or troops to control a remotely deployed robot by using their brain’s motor signals. He added cybersecurity specialists could even connect to the system to monitor different parts of a computer network with their physical bodies.