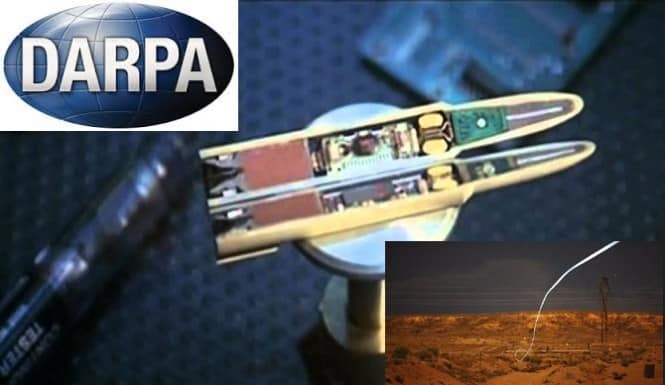 Please Share This Story!
PDF 📄
DARPA’s Technocrat engineers and scientists apply advanced technology for a single utilitarian purpose: to automate the killing of humans. Of course, other nations have their own versions of DARPA. This alone suggests that Technocracy’s promise of Utopia is completely false. ⁃ TN Editor

DARPA, a top-secret and very controversial US army research lab, is behind a raft of shocking futuristic weapons – and many of their space-age creations are ready to be deployed at any moment

Bullets that never miss, super soldiers with extreme strength and robot warriors capable of rising up against humans may sound like the stuff of science fiction… but the truth is that they have all already been developed.

A top-secret US government body called the Defense Advanced Research Projects Agency (DARPA) is behind these space-age innovations, which it has developed as part of its mission to revolutionise the way America fights the wars of the future. (Just think of Q’s lab in James Bond, but for the US army).

Ever since it was established in 1958, DARPA has been the subject of conspiracy theories claiming – among other things – that the agency was covering up UFO landings, trying to develop mind control and working on Earth-shattering super-weapons like death rays.

However, as far-fetched as these claims may be, the truth is that DARPA has already developed new technologies which are just as fantastical and which are just as likely to change the world – perhaps beyond recognition.

Meanwhile, the quest to give the US military an unbeatable edge has also led to DARPA developing a number of practical technologies which we now use every day: GPS, Google Maps and even the internet all have their origins in DARPA’s secretive labs.

But with DARPA’s current controversial projects including unchecked AI software and the potential for weaponised insects, there’s no doubt that these innovations of the future can be just as influential.

Sniper bullets which hone in on targets

Imagine the incredible potential of a sniper bullet that changes its trajectory after it’s been fired, guaranteeing that the shooter never misses.

EXACTO, or Extreme Accuracy Tasked Ordnance bullets does exactly this, turning huge .50 caliber bullets into guided rounds capable of zeroing in on a target.

The bullet is even capable of making some remarkably sharp course corrections.

DARPA claims that the system is so easy to use that, during testing, a novice shooter using the system for the first time was able to squarely hit a moving target.

The idea is that this can nullify inaccuracies caused by bad weather, wind, extreme distances or human error.

Although DARPA is keeping quiet on how it does this, other sites report that the technology involves optical sensors in the nose of the bullet and fins capable of adjusting the bullet’s flight path in the tail.

Coming soon to a battlefield near you: DARPA has developed an incredible exoskeleton – a wearable mobile machine – which transforms any infantryman into a super soldier.

Made with help from researchers at Harvard’s Wyss Institute for Biologically Inspired Engineering, DARPA’s Soft Exosuit is a lightweight skeleton frame which saves soldiers’ energy when going about their battlefield business.

The sci-fi exoskeleton can augment its wearer’s strength and endurance by assisting with movements and taking on some of the physical burdens of walking over long distances and carrying heavy objects, using in-built sensors and a micro-computer to intelligently match the requirements of its user.

A new study, where the suit was tested by seven soldiers on a 12-mile cross-country hike in Maryland, showed it reduced energy consumption by around 15 per cent, making troops more efficient and able to cover more ground