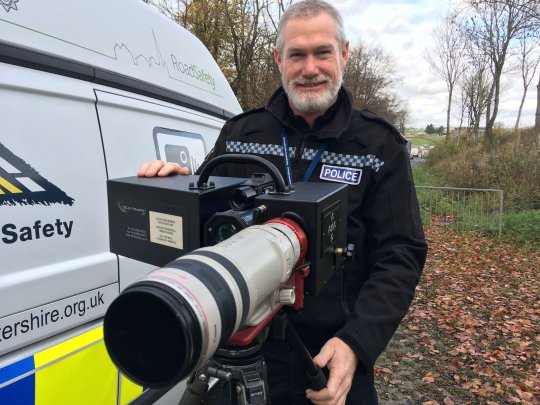 Please Share This Story!
PDF 📄
Citizens are protesting over privacy violations, but police and Technocrat engineers have little empathy. Using the big camera to secretly spy on people is the ultimate voyeur experience plus they get to collect data at the same time.  ⁃ TN Editor

Britain’s biggest speed camera can catch drivers using their phones from 1,000 metres away.

The massive speed trap is being called ‘The Long Ranger’ and has just been unveiled by police in Gloucester.

While normal speed guns only detect how fast cars are moving, this new camera can produce clear video footage and photographs of drivers in their cars.

The project takes a new ‘collaborative approach’ to policing the A417 and A419 – a major route linking Gloucestershire and Wiltshire, as well as the M4 and M5.

At peak times, it carries an estimated 35,000 vehicles and has become an accident hotspot.


Officers will use the long-distance camera and automatic number plate recognition (ANPR) to check what vehicles are on the road and how they are being driven.

Police say the main aim is to educate people about how to drive more safely, and to prevent fatal accidents.

Some drivers will be given advice about their driving while others, who have committed offences, will be prosecuted.

The operation was launched in a lay-by on the A417, just outside of Cheltenham. Mr Surl said: ‘This is one of the county’s busiest roads which also has one of the worst accident records due to the way it’s used.

‘Many people have come to me with their concerns about speeding and other safety issues along this road.