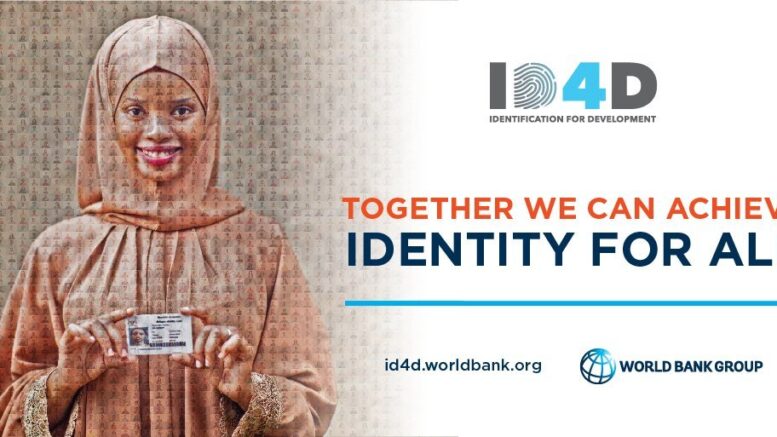 This is also proof that China is a Technocracy and that the rest of the world is being rapidly converted to the same system of Scientific Dictatorship. ⁃ TN Editor

Law and justice are a central part of the social contract, but many people do not have access to the system. The UN wants to change this. Everyone must be included in the legal system, but this also means that they themselves can be held liable if they violate international law and fail to obey the dictates from above. To remedy this, a digital legal identity is required. This also opens the door to a programmable digital currency, social credits and automated decision-making. The international law specifically refers to Agenda 2030. It should not be possible to escape fulfilling the sustainable development goals. This applies to nations, companies, and individuals.

Agenda 2030 is not something you can choose to say yes or no to – it is mandatory, it is the key to the survival of humanity and the planet.[1]

As early as 2012, the UN held a High Level Summit on the Rule of Law, which stated in the resolution:

…our collective response to the challenges and opportunities arising from the many complex political, social and economic transformations before us must be guided by the rule of law, as it is the foundation of friendly and equitable relations between States and the basis on which just and fair societies are built.[2]

International law must be in tune with the great transformation (the post-2015 international development agenda).

To work, there must be a universal access to the Internet. Digitization is the key and forms a central part of the UN’s partnership with the World Economic Forum. As expressed in the strategic framework 2019::

“Digital Cooperation – Meet the needs of the Fourth Industrial Revolution while seeking to advance global analysis, dialogue and standards for digital governance and digital inclusiveness.”

A legal identity for all is closely linked to the development of a digital ID and is part of Agenda 2030 GOAL 16: Promote Peaceful and Inclusive Societies for Sustainable Development. This is the purpose of the public–private partnership ID2020 and in the long run means that everyone needs a digital ID and internet connection to access various forms of community service.[3] Behind this initiative are the Rockefeller Foundation, GAVI, Accenture and Microsoft, in collaboration with, among others, the United Nations International Computing Center (UNICC), Mastercard and Facebook. Their annual meetings have been held at the UN headquarters in New York since 2016. (I also describe this in the chapter “The Passport” in The Global Coup D’état).

In 2016, the World Economic Forum also released the report A Blueprint for Digital Identity (with participation from actors such as Identity 2020 (ID2020), Mastercard, Visa, Lloyds, Gates Foundation and BlackRock) led by the auditing firm Deloitte where the benefits of developing a digital identification system were investigated and how the financial industry could help to realize this goal.[4] In 2018, digital identity was linked to “the new social contract” when WEF, under the leadership of the IT consulting company Accenture, released the report Identity in a Digital World with a number of smiling happy children on the front page.

Before COVID-19 got all public attention, the problems with paperless refugees was a recurring theme in the media. This was driven by, among others, ID2020 in the wake of the great refugee crisis in 2015.

In 2019, UN Secretary-General António Guterres established the High Level Panel on Internal Displacement under the chairmanship of European Commission Vice President Federica Mogherini and Donald Kaberuka of the Rockefeller Foundation. Their purpose was to address “the global refugee crisis” and “to achieve sustainable solutions for people displaced by armed conflict, general violence, human rights violations, as well as disasters and the adverse effects of climate change.”

The solutions include creating partnerships with the private sector (World Economic Forum and their corporate members) and a massive data collection to study the refugees’ movement patterns and needs.[5] These partnerships include Displacement Tracking Matrix and the Joint Data Center on Forced Displacement. The latter is a partnership between the World Bank and the United Nations High Commissioner for Refugees (UNHCR). A digital ID for refugees, as identified by ID2020, the World Bank and UNHCR, was an important component in how this data collection could to be carried out.[6]

To this end, the World Bank Group runs the ID4D (Identification for Development) initiative together with the UN with a focus on developing countries. The initiative includes the Bill & Melinda Gates Foundation, the Secure Identity Alliance (founded by French Thales who primarily work for the defense industry), the World Food Program and Mastercard.[7]

Their purpose is to develop an identity system that is “inclusive, trusting, responsible” and used to “improve people’s lives” and achieve the sustainability goals. It is a customary language of beautiful painting in order to legitimize a comprehensive population control. It is in this context that “inclusive” should be understood.

COVID-19 was a powerful trigger to kickstart this development. This now also concerns the developed part of the world. As the World Economic Forum writes in the report Digital Identity Ecosystems: Unlocking New Value (2021):

The COVID-19 pandemic has accelerated the need to identify and verify the identity of individuals and organizations across a wide range of sectors, in contexts as varied as the introduction of health-status certificates to remote onboarding for employees.[8]

Behind the report is the working group Shaping the Future of Digital Economy and New Value Creation, led by Derek O’Halloran (member of the WEF’s executive committee). In November 2021, they released the report Shared Guiding Principles for Digital Health Inclusion, which advocates digital citizenship.

As the name of WEF’s working group indicates, this is ultimately about the digital economy. In addition to managing COVID-19 and vaccinations, digital identification is linked to the payment system and the transformation from physical to digital currency. As the World Bank puts it:

The COVID-19 pandemic has highlighted the importance of digitalized ID and government-to-person (G2P) payment ecosystems for effective and equitable response, recovery, and resilience.[9]

This is part of the development of CBDC (Central Bank Digital Currency). A digital centralized currency where all transactions are traceable.[10] The World Economic Forum runs the Digital Currency Governance Consortium that works with the CBDC. The group includes Mark Carney, Jacob A. Frenkel and Tharman Shanmugaratnam from Group of 30 and Eric Jing from ANT Group.[11] (ANT was the original developer of the Social Credit system in China.) Shanmugaratnam is also part of the UN High Level Panel on Effective Multilaterism. 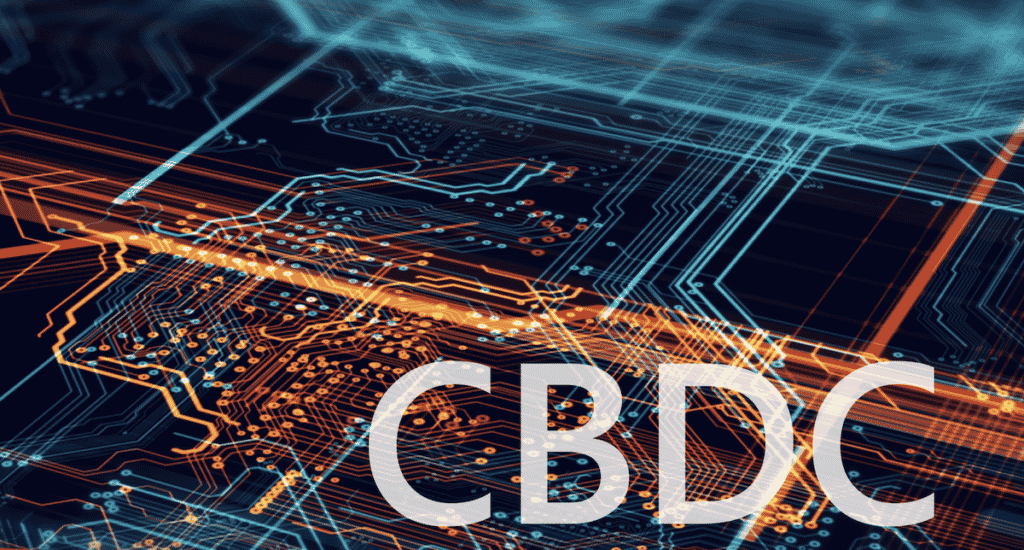 Digital ID is an important part of the infrastructure and enables centralized monitoring.

The most promising design for general use is a CBDC built on a digital identity scheme, safeguarding data privacy while offering protection against illicit activity and potentially streamlining cross-border payments.[12]

The currency is also programmable. The central bank can decide what the money can be used for, add an end date for use and geographically limit in which area the money can be used (this emerged as a proposal in connection with the pandemic). If this is done, it can have far-reaching consequences.

If this is linked to a social credit system, it is possible to limit those who do not obey the orders from above in a very abrupt (and inhuman) way. Just like ANTs Social Credit system. During the Stockholm +50 environmental conference in June 2022, ways to connect this to our individual carbon footprints were also discussed. As J. Michael Evans of the Chinese Ali Baba Group puts it:

This is part of the UN Global Digital Compact (which I will write about in part seven – Improve Digital Cooperation). Here is a propaganda film from the state-controlled China Global Television Network describing the Chinese Social Credit system.

The Coalition for Digital Environmental Sustainability (CODES), which was presented in Stockholm, writes in its report Action Plan for a Sustainable Planet in the Digital Age:

Digital technology and innovation, if driven inclusively and with intention, can empower government, businesses, communities and individuals to make decisions and take action that can enable planetary sustainability and equitable human development.

WEF’s report Advancing Digital Agency: The Power of Data Intermediaries also deals with a future where digital identification has moved into the body and where your decisions are handled by a digital intermediary.[13]

What if technology allowed you to outsource your decision-making even further – to a digitally automated agent, potentially using artificial intelligence (AI), which could actively make those decisions for you?

It is possible to see how this AI-based system in the long run can be combined with the implementation of Agenda 2030, which enables a technocratic control system with automatic decision-making to achieve Our Common Agenda’s goal of “effective implementation of international law”.

[2] United Nations, Declaration of the High-level Meeting of the General Assembly on the Rule of Law at the National and International Levels

Hmmmm nope! Not going there, now or ever! No bureaucrat is going to manage my money, my health, my meat consumption, where I go, what I buy, (guns and ammo) etc.
‘I’ll eat what I damn well please, ( non gmo of course).
This is bills gates/ the schwab creatures wet dream and I’ll be absolutely NO part of it.
‘I have GOD given rights and that’s the plan I’m sticking with.
I WILL NOT COMPLY!