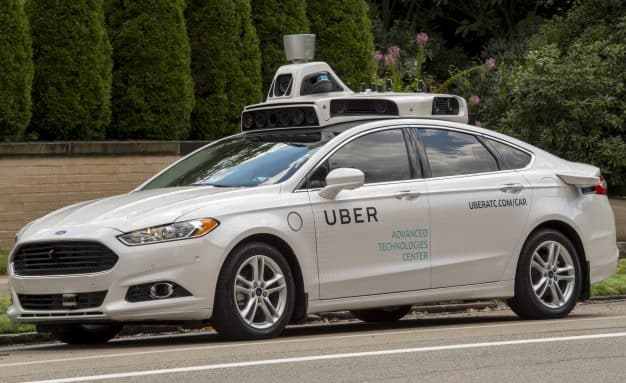 Technocrats envision a scientifically engineered society with only self-driving, electric vehicles on the road, but the Utopia could quickly turn into Dystopia. Robots don’t behave like humans, and vice versa. ⁃ TN Editor

As auto accidents go, it wasn’t much: twelve minutes before noon on a cool June day, a Chevrolet Bolt was rear ended as it crawled from a stop light in downtown San Francisco.

What made this fender bender noteworthy was the Bolt’s driver: a computer.

In California, where companies like Cruise Automation Inc. and Waymo LLC are ramping up testing of self-driving cars, human drivers keep running into them in low-speed fender benders. The run-ins highlight an emerging culture clash between humans who often treat traffic laws as guidelines and autonomous cars that refuse to roll through a stop sign or exceed the speed limit.

“They don’t drive like people. They drive like robots,” said Mike Ramsey, an analyst at Gartner Inc. who specializes in advanced automotive technologies. “They’re odd and that’s why they get hit.”

Companies are now testing autonomous vehicles from Phoenix to Pittsburgh and developers are closely watching how they interact with their human-driven counterparts as they prepare for a future in which they will be sharing the road.

What they’ve found is that while the public may most fear a marauding vehicle without a driver behind the wheel, the reality is that the vehicles are overly cautious. They creep out from stop signs after coming to a complete stop and mostly obey the letter of the law — unlike humans.

Smoothing out that interaction is one of the most important tasks ahead for developers of the technology, says Karl Iagnemma, chief executive officer of self-driving software developer NuTonomy Inc.

“If the cars drive in a way that’s really distinct from the way that every other motorist on the road is driving, there will be in the worst case accidents and in the best case frustration,” he said. “What that’s going to lead to is a lower likelihood that the public is going to accept the technology.”

Sensors embedded in autonomous cars allow them to “see” the world with far more precision than humans, but the cars struggle to translate visual cues on the road into predictions about what might happen next, Iagnemma said. They also struggle to handle new scenarios they haven’t encountered before.

California is the only state that specifically requires reports when an autonomous vehicle is involved in an accident. The records show vehicles in autonomous mode have been rear-ended 13 times in the state since the beginning of 2016, out of 31 collisions involving self-driving cars in total, according to the California Department of Motor Vehicles.

The collisions also almost always occur at intersections rather than in free-flowing traffic. A Cruise autonomous vehicle was rear-ended last month, for example, while braking to avoid a vehicle drifting into its lane from the right as traffic advanced from a green light.

Waymo’s now-retired “Firefly” autonomous vehicle prototypes were rear-ended twice at the same intersection in Mountain View, California, in separate instances less than a month apart in 2016. In both cases, the Waymos were preparing to make a right hand turn before they stopped to yield for oncoming traffic and got hit from behind.

We, humans, are being replaced and there nothing we can do. Before mass madness of such proportions, few options exist. Suicide is one. Passive observation is another. Self delusion is another. Whatever God is doing, we, humans, will never ever understand. But if He is doing it, it must be necessary.