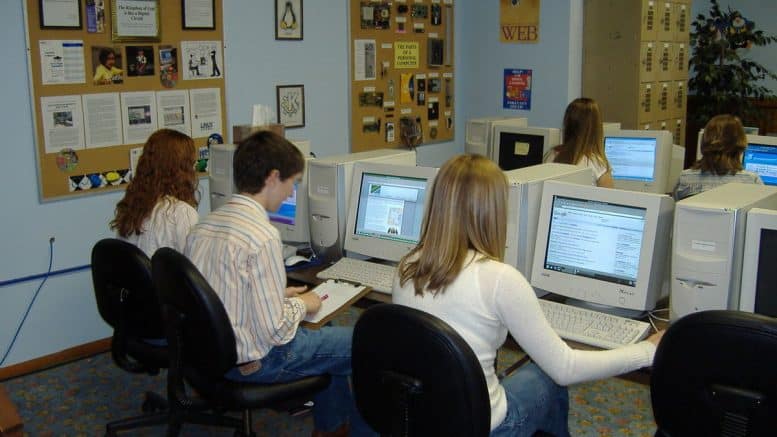 Technocracy is about surveillance and data mining in order to fully enable the social engineering of the entire society. The more data they have, the easier it becomes to manipulate people into behaviors that they never would have chosen except that they are crassly ‘engineered’. ⁃ TN Editor

Opponents of the progressive-education elitists on issues such as the Common Core scheme are routinely accused of spouting paranoid conspiracy theories. This smear is particularly common in discussing technology-driven “digital learning.” It’s ridiculous, educrats say, to suggest that schools — meaning the government —and their corporate ed-tech allies will be probing the psyches of our children. Track children’s eye movements or scan their brains? That’s crazy talk!Except that federally funded researchers now brag about doing just that.

Ed Week reports that Carnegie Mellon University researchers are using brain scans to create computer software to adapt to what a student is actually thinking as he solves math problems. The premise is this:

Researchers can now use brain-imaging techniques to identify the mental stages humans go through while solving math problems. From there, they can use machine-learning algorithms to find the connections between patterns of human brain activity and patterns in the data generated by students as they interact with math software. Armed with that information, the researchers hope, they can build better educational software programs capable of quickly detecting how students are attempting to solve a given problem, then responding in a personalized way.

For years the U.S. Department of Education (USED) has promoted this cutting-edge research, in pursuit of “transforming” education by “personalizing” it. One report – “Promoting Grit, Tenacity, and Perseverance” — describes USED’s goals in creepy detail. The Grit report explains how a child’s emotions, such as frustration, anxiety, and boredom, “may be measured through analysis of facial expressions, EEG brain wave patterns, skin conductance, heart rate variability, posture, and eye-tracking” (p. 41).

A separate USED report, “Expanding Evidence: Approaches for Learning in a Digital World,” explores how sophisticated software of the type being developed by Carnegie Mellon can map a child’s brain as he works: “[L]earning systems can capture micro-level data on [students’] problem-solving sequences, knowledge, and strategy use, including each student’s selections or inputs, the number of attempts a student makes, the number of hints and feedback given, and the time allocated across each part of the problem…” (p. 12).

What happens to this brain-mapping data (“billions” of data points, according to one ed-tech CEO) that is collected from each student as he interacts with the software? Maybe the software vendor keeps it for the company’s benefit, such as creating new products. Maybe the school/government retains it in the longitudinal data system for various reasons — tracking the child’s social-emotional development (which the progressive-education establishment now considers more important than instilling academic knowledge), or predicting the child’s future behavior, or sharing with other agencies that may have an interest (health, law-enforcement, etc.). The possibilities are endless. And frightening.

Carnegie Mellon has long taken the lead in this Minority Report/Gattaca research. Professor John Anderson enthuses about delving into a child’s psyche by mapping his brain. As he told Ed Week, researchers will soon be “tracking and responding in real time to students’ actual brain activity, as opposed to the indirect process that happens now.” And models will include “information gleaned from tracking students’ emotional, or affective, state, such as frustration or excitement.”

Obviously, to transmit all this data, the child must be connected in some way to the software. In this respect Anderson hails “the advent of cheaper new tools such as high-quality commercial eye-tracking technology and even wearable EEG reading devices … .” (Photos helpfully provided in the Grit report (p. 44).)

Anderson concedes that his cutting-edge technology could be “misused,” but he thinks the ends justify the means. USED obviously agrees.

Predictably, much support for Carnegie Mellon’s mis-usable research comes from the federal government. Anderson (who himself has been invited to selective White House conferences on probing children’s brains) helps direct the Pittsburgh Science of Learning Center, which is funded by the National Science Foundation(NSF) to the tune of almost $50 million.

As we’ve reported, one recent grant from the NSF to Carnegie Mellon and other partners is to create LearnSphere, which will expand a massive repository to store student data generated through use of these sophisticated interactive software systems. LearnSphere will be designed to store behavioral and even physiological data on students.

Does anyone believe the federal government will pour millions of dollars into collecting this data without the ability, eventually, to access it? Is it even conceivably acceptable to have this extraordinarily sensitive data about American citizens in the clutches of government and of private industry — especially when parents won’t even be told what’s happening?

Information is power. This type of information of the inner workings of an individual’s thinking process is overwhelming. For one person to have that type of information about another is intimidating. And for the government to have it will make a farce of citizen-directed government. One cannot direct that which intimidates him.