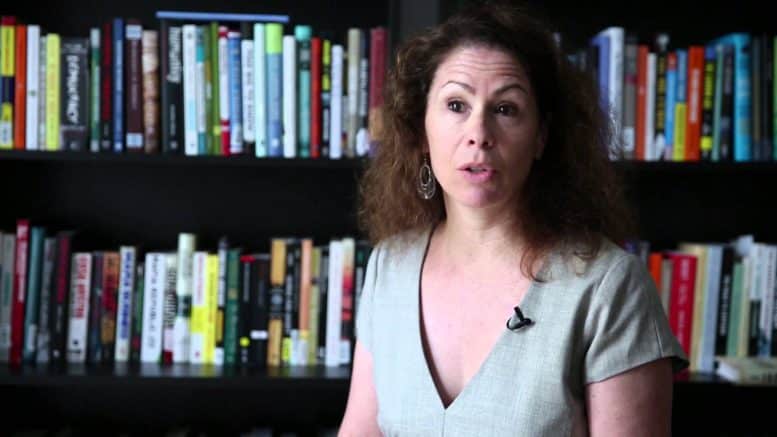 With shades of Technocrat mumble from Dr. Parag Khanna, Berman makes a stunning public pronouncement that the EU is a Technocracy, which TN has stated for years. Berman’s original of this article appeared in Foreign Policy, the official journal of the Council on Foreign Relations. ⁃ TN Editor

Democracy in the West is under attack from populists and, at least according to some studies, is no longer highly valued by many of its citizens. Most explanations of democracy’s problems focus on the challenges it faces: Globalization has made life more insecure for the working and middle classes, privileged highly educated and urban dwellers over less-educated and rural ones, and made capitalism more of a zero-sum game while rising immigration — the percentage of foreign-born citizens is at an all-time high in many European countries and at levels last seen during the early 20th century in the United States — has left many feeling uncomfortable in their countries.

As I discuss in a longer article in Foreign Policy, the problem with these explanations is that challenges alone cannot explain democracy’s problems. Just like a healthy body identifies and fights off myriad bugs and viruses while a weakened one falls prey to them, so, too, can “healthy” political systems identify and respond to the challenges they face. Democracy’s problems over the past years haven’t come merely or even primarily from the challenges they have faced, but rather from a diminished capacity to recognize and respond to them. To put it bluntly, the real cause of Western democracies’ current travails is that they have become significantly less democratic.

In the United States many factors have contributed to weakening channels for citizen participation in and influence over politics. Both the Democratic and Republican parties have declined organizationally — they have less control over candidates and officeholders and less capacity to organize voters at the local level — reducing their ability to transmit voter preferences to politicians and into policy outcomes. (This is particularly true of the Democratic Party, which has essentially disappearedorganizationally from many parts of the country.) Gerrymandering has warped the translation of voter preferences into political outcomes, and the ease and efficiency of the American voting process has also declined. (The United States ranks worst among Western democracies on measures of electoral integrity.)

As bad as institutional changes have been, probably the single biggest cause of democratic decay in the United States has been rising economic inequality. The country’s founders understood the connection between economic equality and successful democracy. John Adams, for example, proclaimed that “the balance of power in a society, accompanies the balance of property.” Perhaps the most perspicacious foreign analyst of American democracy, Alexis de Tocqueville, agreed, noting that people in America “were more equal in their fortunes” than those in “any other country” and that this undergirded the success of its democracy. “When the rich govern alone, the interest of the poor is always in peril; and when the poor make the law, that of the rich runs great risks. . . . The real advantage of democracy . . . is to serve the well-being of the greatest number.”

Given the checks and balances built into the political system, it is perhaps not surprising that the affluent are even more effective in blocking policies they don’t like (e.g., higher taxes) than in achieving those they do: When a policy is strongly opposed by the wealthy (but not the middle class), it is adopted only 4 percent of the time. If democracy means that government policy reflects the will of average citizens, rather than a small subset of them, the United States is not very democratic. As Gilens and Page put it, “In the United States, our findings indicate, the majority does not rule — at least not in the causal sense of actually determining policy outcomes.”

Perhaps because they recognize how little influence they have over government, lower-income citizens participate less at every stage of the political process — voting, contacting candidates, taking part in campaigns and demonstrations — than do those with higher incomes. Low levels of participation are linked to diminished government effectiveness as well as increased dissatisfaction with democracy.

These trends, of course, exist in much of Europe as well, but in Europe two other factors undergirding democratic decay should also be mentioned. First is the decline of mainstream political parties. More than in the United States, in Europe citizens became mobilized for democratic politics via political parties. But over the past decades, European parties’ membership, ties to civil society organizations and activist networks have declined. As the late Peter Mair put it, “The age of party democracy has passed. Although the parties themselves remain, they have become so disconnected from the wider society, and pursue a form of competition that is so lacking in meaning, that they no longer seem capable of sustaining democracy.”

Another crucial factor has been the European Union. The European Union is a technocracy rather than a democracy[emphasis added];  It was designed as a “protected” sphere of policymaking, free from direct democratic pressures. (Or as one astute observer of E.U. politics, Kathleen McNamara, has put it, it was designed to govern, rather than represent.) Over the past decades, ever more areas of policymaking have fallen under the purview of the European Union, reducing the powers and policy instruments available to national, democratic governments.