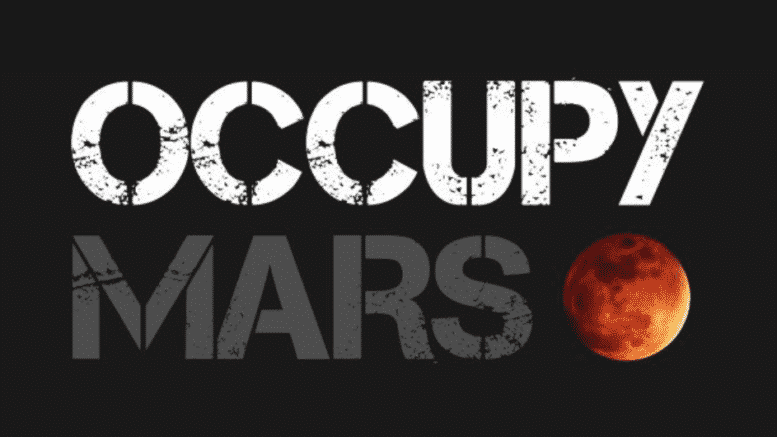 Please Share This Story!
PDF 📄
Elon Musk fully understands Technocracy and is a Technocrat of the highest order: after all, his Canadian grandfather, Joshua Haldeman, was the head of Canada’s Technocracy, Inc. party in the 1930s. Now, Musk intends to build a Martian Technocracy.

While Buzz Lightyear goes to infinity and beyond, Elon Musk will have to settle for Mars for now.

The CEO of SpaceX and Tesla posted a series of cryptic tweets hinting at his plans to someday colonize the red planet.

Shortly after, he followed up with a meme with the text, “OCCUPY MARS” and an image of the planet.

For anyone else, the tweets would be seemingly nonsensical.

But for Musk, there’s some applicable context. After all, his SpaceX is set to conduct its first nighttime launch of the Falcon Heavy rocket from Kennedy Space Center at Cape Canaveral Monday night.

The 230-foot-tall rocket will carry 24 satellites for key customers, including the Department of Defense and NASA.

Musk has long described the Falcon Heavy as a critical step in his long-running bid to send rockets and people to Mars someday.

He has even famously said that he wants to die on Mars after establishing a self-sustaining colony of humans and changing the planet’s climate.

What I see as much more interesting is just how/why a private citizen was given access to a US Federal facility to launch privately funded (or so it’s said) rockets bearing the US corporate government’s payload (a lot of it) with his stated intent of colonizing Mars while he clearly profits from the arrangement or he would not be doing it? Let’s talk about that. No one asks such questions as if things “just happen”. No! Things take time. The Normie public to which these things play never asked why the Obama 2015 US Commercial Space Launch Competitiveness Act (H.R.… Read more »