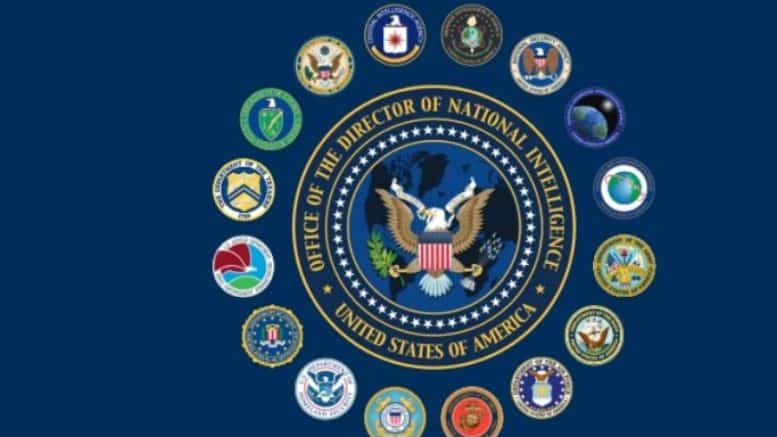 Please Share This Story!
PDF 📄
The NSA is run by Technocrats for the benefit of Technocrats to build a total surveillance society. The agency, which reports to the Director of National Intelligence, has been rogue for many years, unwilling to be controlled by courts or Congress. ⁃ TN Editor

The National Security Agency collected records about U.S. calls and text messages that it wasn’t authorized to obtain last year, in a second such incident, renewing privacy concerns surrounding the agency’s maligned phone-surveillance program, according to government documents and people familiar with the matter.

The previously undisclosed error, which took place last October, occurred several months after the NSA said it had purged hundreds of millions of metadata records it had amassed since 2015 due to a separate overcollection episode. Metadata include the numbers and time stamps of a call or text message but not the contents of the conversation.

The American Civil Liberties Union obtained the documents, which were reviewed by The Wall Street Journal, as part of a Freedom of Information Act lawsuit involving the surveillance program. They are heavily redacted internal NSA memos that discuss oversight of intelligence-collection activities.

These documents only confirm that this surveillance program is beyond redemption and should be shut down for good,” Patrick Toomey, an ACLU staff attorney, said in a statement. “The NSA’s collection of Americans’ call records is too sweeping, the compliance problems too many, and evidence of the program’s value all but nonexistent. There is no justification for leaving this surveillance power in the NSA’s hands.”

It wasn’t clear from the documents how many records the NSA improperly collected in October. The NSA’s media relations chief, Greg Julian, declined to comment specifically on the episode, but referred to the previously acknowledged incident of overcollection, disclosed last summer, in which telecommunications firms supplied information the NSA hadn’t been authorized to obtain.

The documents obtained by the ACLU suggest a similar situation, where a telecommunications firm, whose name is redacted, furnished call-data records the NSA hadn’t requested and weren’t approved by orders of the secretive U.S. Foreign Intelligence Surveillance Court. The company told the NSA it began delivering those records on Oct. 3, 2018, until that Oct. 12, when the agency asked it investigate the “anomaly.”

The ACLU said the documents also suggest an individual may have been targeted for surveillance as a result of the first overcollection episode, which led to the deletion of the program’s entire database in June 2018. The documents reveal that violation involved “targeting requests” that were approved by the surveillance court.

The revelation of another compliance issue is the latest hurdle for the once-secret surveillance program that began under the George W. Bush administration following the Sept. 11, 2001, attacks. As initially designed, the program sought to collect the metadata of all domestic calls in the U.S. to hunt for links among potential associates of terrorism suspects.

Edward Snowden, a former intelligence contractor, leaked the existence of the program—along with a trove of documents exposing other surveillance operations carried out by the NSA—to journalists six years ago. The disclosures ignited an international uproar over the scope of the U.S.’s electronic-spying capabilities.

Att are nsa phones dont let them tell you other wise

SURE! Positive! Certain! It was only metadata (what a crock). AND! We deleted those records, that program. Liars and thieves, liars and thieves. The NSA is nothing more than a technocratic nightmare among alphabet agencies. Of course, the others are just as bad but they weren’t mandated to LISTEN.