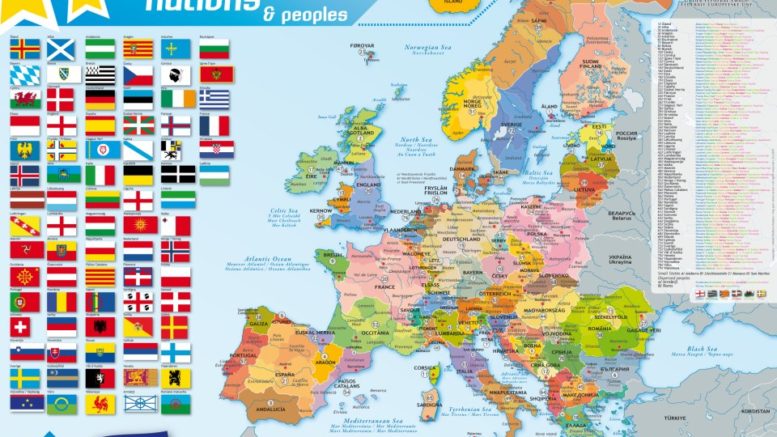 Technocrats in the EU are bent on total surveillance and controlling people, but a high-level, independent advisory group has warned against using AI for mass surveillance and social credit scoring. ⁃ TN Editor

An independent expert group tasked with advising the European Commission to inform its regulatory response to artificial intelligence — to underpin EU lawmakers’ stated aim of ensuring AI developments are “human centric” — has published its policy and investment recommendations.

This follows earlier ethics guidelines for “trustworthy AI”, put out by the High Level Expert Group (HLEG) for AI back in April, when the Commission also called for participants to test the draft rules.

The AI HLEG’s full policy recommendations comprise a highly detailed 50-page document — which can be downloaded from this web page. The group, which was set up in June 2018, is made up of a mix of industry AI experts, civic society representatives, political advisers and policy wonks, academics and legal experts.

The document includes warnings on the use of AI for mass surveillance and scoring of EU citizens, such as China’s social credit system, with the group calling for an outright ban on “AI-enabled mass scale scoring of individuals”. It also urges governments to commit to not engage in blanket surveillance of populations for national security purposes. (So perhaps it’s just as well the UK has voted to leave the EU, given the swingeing state surveillance powers it passed into law at the end of 2016.)

“While there may be a strong temptation for governments to ‘secure society’ by building a pervasive surveillance system based on AI systems, this would be extremely dangerous if pushed to extreme levels,” the HLEG writes. “Governments should commit not to engage in mass surveillance of individuals and to deploy and procure only Trustworthy AI systems, designed to be respectful of the law and fundamental rights, aligned with ethical principles and socio-technically robust.”

The group also calls for commercial surveillance of individuals and societies to be “countered” — suggesting the EU’s response to the potency and potential for misuse of AI technologies should include ensuring that online people-tracking is “strictly in line with fundamental rights such as privacy”, including (the group specifies) when it concerns ‘free’ services (albeit with a slight caveat on the need to consider how business models are impacted).

Last week the UK’s data protection watchdog fired an even more specific shot across the bows of the online behavioral ad industry — warning that adtech’s mass-scale processing of web users’ personal data for targeting ads does not comply with EU privacy standards. The industry was told its rights-infringing practices must change, even if the Information Commissioner’s Office isn’t about to bring down the hammer just yet. But the reform warning was clear.

As EU policymakers work on fashioning a rights-respecting regulatory framework for AI, seeking to steer  the next ten years+ of cutting-edge tech developments in the region, the wider attention and scrutiny that will draw to digital practices and business models looks set to drive a clean up of problematic digital practices that have been able to proliferate under no or very light touch regulation, prior to now.

The HLEG also calls for support for developing mechanisms for the protection of personal data, and for individuals to “control and be empowered by their data” — which they argue would address “some aspects of the requirements of trustworthy AI”.

“Tools should be developed to provide a technological implementation of the GDPR and develop privacy preserving/privacy by design technical methods to explain criteria, causality in personal data processing of AI systems (such as federated machine learning),” they write.