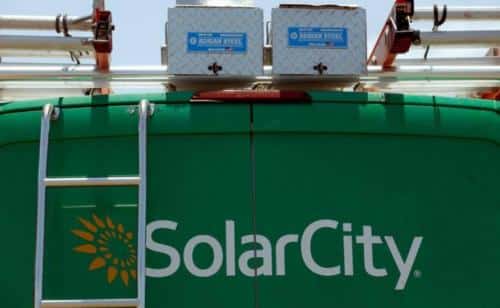 Elon Musk’s dream of Technocrat Utopia is falling apart as he scoffs at critics while business declines. Musk’s grandfather was the head of the Technocracy, Inc.’s movement in Canada during the 1930s, and it ultimately met the same fate. ⁃ TN Editor

Nobody could have seen this coming…

In the first quarter of this year, Tesla installed 76 megawatts of solar systems – down from SolarCity’s more than 200 MW a quarter in early 2016, when it was the leading player in the industry. In announcing quarterly results in February, Tesla said growth in solar deployments would resume later this year.

Just a week after laying off 9% of Tesla’s non-Tesla vehicle production employees(and reminded investors that “profit is obviously not what motivates us”) Reuters  reports that Elon Musk will sharply downsize the residential solar business it bought two years ago in a controversial $2.6 billion deal, according to three internal company documents and seven current and former Tesla solar employees.

The latest cuts to the Tesla division once known as SolarCity include closing about a dozen installation facilities, according to internal company documents, and ending a retail partnership with Home Depot that reportedly generated about half of its sales.

“We continue to expect that Tesla’s solar and battery business will be the same size as automotive over the long term,” the company said in a statement to Reuters.

While Reuters reports that Tesla declined to comment on which sites it planned to shut down, how many employees would lose their jobs or what percentage of the solar workforce they represent; the internal email said that the facilities targeted for closure were located in California, Maryland, New Jersey, Texas, New York, New Hampshire, Connecticut, Arizona and Delaware.

Which is ironic coming just months after California signed into law a “solar panel on every new home” program.

“It’s been a difficult few days – no one can deny this,” a Tesla manager wrote in a separate internal email, sent to customer service employees shortly after the cuts were announced.

The shuttering of these new facilities (and potentially further layoffs across call centers)raises new doubts about the viability of cash-strapped Tesla’s solar business and Musk’s rationale for a merger he once called a “no brainer” which many have blasted as a bailout of an affiliated firm at the expense of Tesla shareholders.