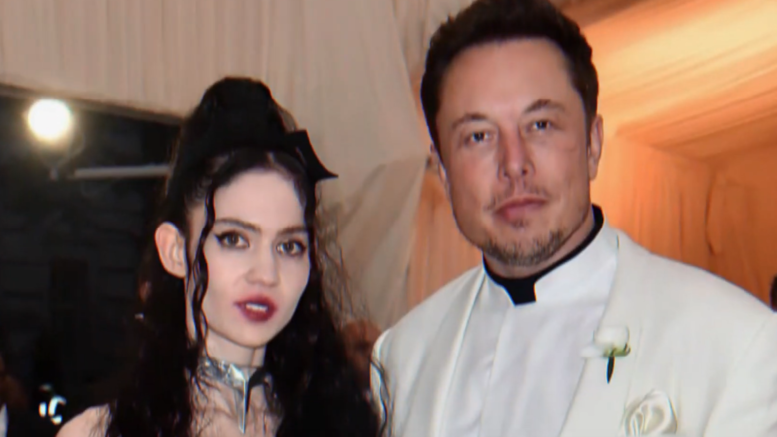 Please Share This Story!
PDF 📄
Where would Grime’s get such an idea? From Elon Musk, who is a dyed-in-the-wool Technocrat and whose grandfather that he grew up with, Dr. Joshua Haldeman, was the national leader of Technocracy, Inc. in Canada during the 1930s and 1940s. ⁃ TN Editor

We can never hold that much of a grudge against the pop savant who gifted our planet with “Oblivion” and Art Angels, but Grimes’s relationship with billionaire industrialist–mad scientist Elon Musk has certainly alienated some of her fans. The very online singer-producer-dater-of-Musk knows this and addresses the political dissonance of her relationship in a recent interview with Rolling Stone. She supports Bernie Sanders for president and identifies herself as “hard, hard, hard left before,” but now believes more in Musk’s ability to combat climate change than the government’s, even though it means she focuses less on issues like income inequality than before:

“I just really, truly, utterly believe in sustainable energy and the electric future and making humanity a multi-planetary species,” she says. “There are a lot of problems in the world that we need to solve. The government does not truly have the capacity to solve them. My boyfriend is actually doing it, tangibly, visibly — like, you just can’t deny it.”

Grimes’s belief in technocracy over government certainly aligns her more with libertarians than the left, and many scientists assert that the lithium-ion battery waste and mining still make personal electric vehicles like Teslas much worse for the environment than properly government-funded public transit, but, hey, this interview also has Grimes describing the time her survivalist grandfather “locked me in a shipping container with a pistol” and saying “I like the idea of having numerous consciousnesses acting simultaneously in the future,” so maybe we shouldn’t be taking our policy cues from one-half of the celebrity couple henceforth known as Grusk (trademark Vulture 2020). The “multi-planetary species” thing sounds pretty sick though.

I now believe there Will be demons in outer space. They will get there from Earth, of course.