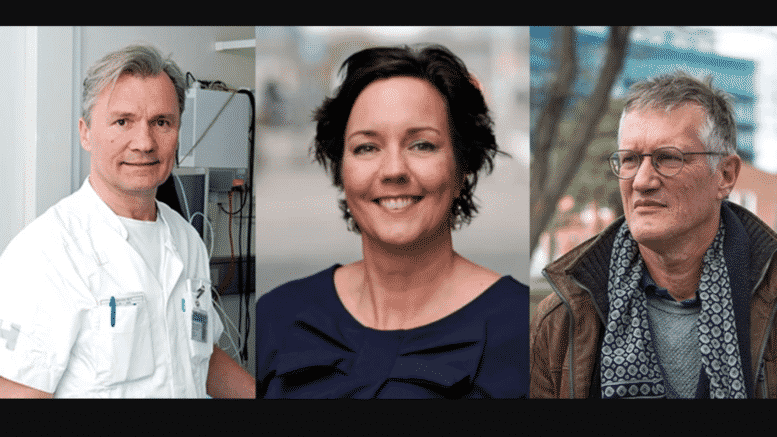 Please Share This Story!
PDF 📄
Across the globe, doctors and top health officials are blowing the whistle on face masks as being effective against the coronavirus. The Technocrats in charge of the public narrative shun, denigrate and ridicule the professionals who are unafraid of speaking their mind. ⁃ TN Editor

Denmark boasts one of the lowest COVID-19 death rates in the world. As of August 4, the Danes have suffered 616 COVID-19 deaths, according to figures from Johns Hopkins University.

That’s less than one-third of the number of Danes who die from pneumonia or influenza in a given year.

Despite this success, Danish leaders recently found themselves on the defensive. The reason is that Danes aren’t wearing face masks, and local authorities for the most part aren’t even recommending them.

This prompted Berlingske, the country’s oldest newspaper, to complain that Danes had positioned themselves “to the right of Trump.”

“The whole world is wearing face masks, even Donald Trump,” Berlingske pointed out.

This apparently did not sit well with Danish health officials. They responded by noting there is little conclusive evidence that face masks are an effective way to limit the spread of respiratory viruses.

“All these countries recommending face masks haven’t made their decisions based on new studies,” said Henning Bundgaard, chief physician at Denmark’s Rigshospitale, according to Bloomberg News. (Denmark has since updated its guidelines to encourage, but not require, the use of masks on public transit where social distancing may not be possible.)

Denmark is not alone.

“From a medical point of view, there is no evidence of a medical effect of wearing face masks, so we decided not to impose a national obligation,” said Medical Care Minister Tamara van Ark.

Others, echoing statements similar to the US Surgeon General from early March, said masks could make individuals sicker and exacerbate the spread of the virus.

“Face masks in public places are not necessary, based on all the current evidence,” said Coen Berends, spokesman for the National Institute for Public Health and the Environment. “There is no benefit and there may even be negative impact.”

In Sweden, where COVID-19 deaths have slowed to a crawl, public health officials say they see “no point” in requiring individuals to wear masks.

“With numbers diminishing very quickly in Sweden, we see no point in wearing a face mask in Sweden, not even on public transport,” said Anders Tegnell, Sweden’s top infectious disease expert.

Keep posting these. Maybe some of the crazy people on the streets running about with muzzles decorated like fashion plates will wake-up to the clear evidence and the COVID LIE.