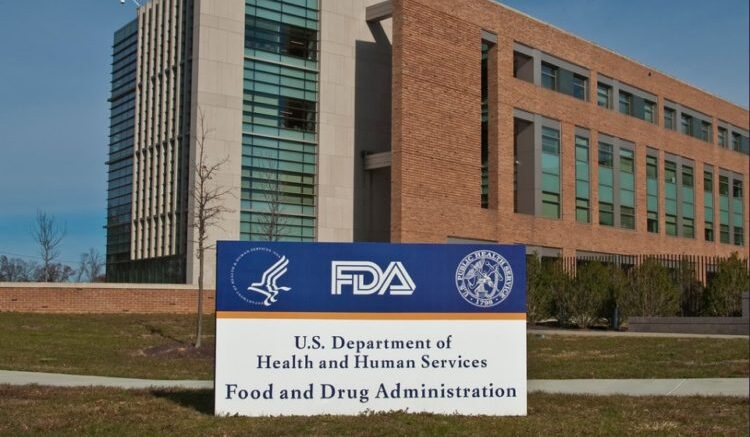 Please Share This Story!
PDF 📄
The venerable Association of American Physicians and Surgeons is calling on the FDA to immediately release HCQ for outpatient treatment to save thousands of needless deaths from COVID-19. The FDA’s blatant hypocrisy in failing to do sos should outrage all Americans. ⁃ TN Editor

20,000 more Americans have died while the FDA has delayed since July 1 a new emergency use approval for outpatient use of hydroxychloroquine (HCQ) for COVID-19.

On July, 1 Henry Ford Hospital physicians and researchers in Detroit filed an urgent request to FDA Commissioner Dr. Stephen Hahn for a new outpatient Emergency Use Authorization (EUA) for FDA approval of HCQ to be used in early treatment for COVID-19. Baylor Scott & White Heart and Vascular Institute in Dallas, issued an urgent appeal supporting the Henry Ford EUA application, based on their clinical study of prophylactic use of HCQ in their own medical workers. Baylor cardiologists emphasized there were no adverse cardiac outcomes in their own or the Ford study.

Henry Ford’s new clinical trial found an impressive 51% reduction in deaths if HCQ was begun within 24 hours of admission to hospital. An outpatient primary care study by Dr. Vladimir Zelenko, using HCQ, azithromycin and zinc given within less than 7 days of COVID-19 symptoms, showed approximately 80% decrease in deaths, and less than 1% of his patients needed to be admitted to hospital. These U.S. early intervention studies extraordinary results show how many lives can be saved with early HCQ treatment.

If the FDA had acted quickly on the Henry Ford and Baylor approval request for HCQ, we can reasonably consider that 16,000 lives could have been saved since July 1.

EUA applications do not have to take long to approve, when well documented rationale and supporting research is presented as Henry Ford team and Baylor cardiologists did.

HCQ is already an FDA-approved drug, unlike remdesivir, which had almost an immediate compassionate use authorization granted that has now been expanded for early use despite severe side effects. The former director of the FDA subagency BARDA, Rick Bright, Ph.D., submitted an EUA for HCQ approval for hospital use at 11:30 pm on March 28, 2020. Dr. Hahn’s approval was granted a little after midnight, March 29, 2020. Approval in about 30 minutes.

We have been waiting almost 30 days for Dr. Hahn to issue approval of the Henry Ford EUA application for outpatient use. Dr. Hahn has stated that we need more data. Henry Ford and Baylor doctors have already provided research documentation stronger than in Rick Bright’s March application, and included current COVID-19 studies from the U.S. and other countries.What amount of “data” will ever satisfy Dr. Hahn?

Let THIS sink in: Laboratory studies published by the National Institutes of Health 15 years ago (2005) showed potent antiviral effects of chloroquine against SARS-CoV-1 to block the infection at the earliest stage. Anthony Fauci, who was working at NIH at that time, has to have known for the last 15-18 years that chloroquine and hydroxychloroquine are effective against SARS-Co-V-1, which shares 79% of the viral genome with SARS-CoV-2, the cause of COVID-19 disease.

It is appalling that so many more Americans have died, while the physician who is head of the FDA has dawdled on approving HCQ for an urgent new use in this pandemic. Dr. Hahn knows full well the 65-year track record of safety worldwide in patients of all ages, all ethnic groups, and even pregnant women and nursing mothers.

It is crucial to start HCQ early, during days 1-7 of symptoms, for these key reasons:

Front-line doctors have been pleading with the FDA and State officials since March to open access to early treatment with HCQ. The supply of HCQ has been ramped up to handle its use in early treatment of COVID. The Strategic National Stockpile has millions of doses deteriorating in government warehouses that are not being distributed because doctors are prevented from prescribing for outpatients with COVID-19. FDA’s misleading statements about HCQ have led to dangerous, unprecedented restrictions on physicians’ off-label prescribing rights imposed by state governors, medical boards and pharmacy boards.

Generic HCQ with azithromycin or doxycycline plus zinc is taken by mouth.Total treatment cost is about $25-$30 cash price for the 5-7 day course used in COVID-19.

Remdesivir must be given intravenously to patients in hospital, at a cost of about $3,500. Its serious side effects include respiratory failure, the very condition it is supposed to treat. It has shown limited success: it shortened hospital stays by only 4 days and has not been clearly shown to reduce deaths.

HCQ is a safe, effective outpatient treatment we have NOW. Physicians and patients need freedom to use it. Delays waiting for the “magic bullet” of a vaccine inevitably mean more deaths. Even IF we have a vaccine that works, we still need therapeutics, such as HCQ.

Testing is inaccurate and often unavailable, and HCQ dispensing must not be limited to persons with a positive test. Such limits also prevent prophylactic use. Governors and other officials must not be allowed to arbitrarily restrict life-saving HCQ treatment.

Continued shutdowns of businesses, schools, churches, and mandatory mask edicts are not controlling the epidemic. Meanwhile, these orders have eroded our constitutional freedoms, and devastated our economic, psychological, physical, and spiritual well-being.

Dr. Hahn’s FDA is costing more lives with its delay in removing the obstructions it created to prescribing safe, effective early HCQ treatment: deaths directly from COVID-19 and indirectly by destroying livelihoods and distributions of foods, goods and services required to sustain our lives.

It’s high time to just take some new names out spread the stuff around (on the counter!)with new names and use the HCQ, regardless.

you can take quinine OTC with ZINC.

How on Earth have the mass murderers from this vast global criminal gang – managed yet again to prise and lever themselves into the senior positions of every organisation and government?
I believe that Mr Trump should declare an emergency and use the special forces to extricate these parasites from their offices immediately – especially before they are able to rig future election campaigns.

Trump blew it when he did not put the Army Medical Command in charge of the response to the pandemic including using HCQ EARLY in treatment and as a preventative in health care workers.

It’s apparent FDA wants as many American dead from this pandemic as possible by making the HCQ treatment regimen impossible to obtain. Makes me think the bureaucrats of FDA hate all Americans as much as they hate President Trump!

Trump blew it when he tweeted about HCQ.

Trump blew it again when he did not DEMAND the FDA start TRIALS IN FEB.

Trump blew it again when he did not bring an HCQ EXPERT on the team to REFUTE claims of it being unsafe.

Trump blew again when he did not put the Army Medical Command in charge of the response to the pandemic including using HCQ EARLY in treatment and as a preventative in health care workers.

This is nothing but blatant malpractice by Fauci, Hahn and others sitting in their ivy tower in Washington. They need to be tared and feather for their lack of actions and FIRED with loss of pension if they do not approve these drugs within 2 days. They have sat on good data for 4 months and thousands of death have been the result. We know that Fauci is a fraud who is deep in the sheets with the world premier supporter of depopulation Bill Gates. They are both invested in vaccine development while THOUSANDS DIE. 2ND degree murder charges need… Read more »

SCAMDEMIC! Plain and Simple. HCQ should be Free To Chose.