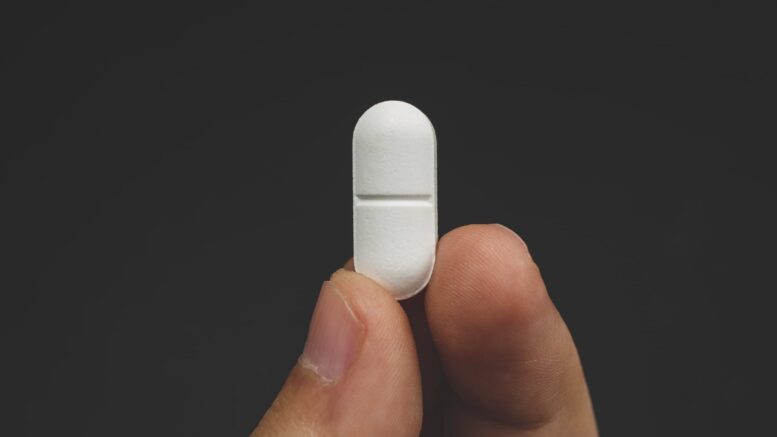 It is Technocrats like Anthony Fauci who originally fomented the war against HCQ and they blocked its use at every turn. All testimony by MDs and scientists supporting HCQ is summarily ridiculed and dismissed.

Tens of thousands of people have needlessly died because of these mean-spirited policies by Big Pharma to protect the deployment of their expensive drugs and vaccines. ⁃ TN Editor

Actually, it was Sullivan who was spouting dangerous falsehoods about this drug, something the Washington Post and much of the rest of the media have been doing for months. On May 15, the Post offered a stark warning to any Americans who may have taken hope in a possible therapy for COVID-19. In the newspaper’s telling, there was nothing unambiguous about the science — or the politics — of hydroxychloroquine: “Drug promoted by Trump as coronavirus game-changer increasingly linked to deaths,” blared the headline. Written by three Post staff writers, the story asserted that the effectiveness of hydroxychloroquine in treating COVID-19 is scant and that the drug is inherently unsafe. This claim is nonsense.

Biased against the use of hydroxychloroquine for COVID-19 — and the Washington Post is hardly alone — the paper described an April 21, 2020, drug study on U.S. Veterans Affairs patients hospitalized with the illness. It found a high death rate in patients taking the drug hydroxychloroquine. But this was a flawed study with a small sample, the main flaw being that the drug was given to the sickest patients who were already dying because of their age and severe pre-existing conditions. This study was quickly debunked. It had been posted on a non-peer-reviewed medical archive that specifically warns that studies posted on its website should not be reported in the media as established information.

Yet, the Post and countless other news outlets did just the opposite, making repeated claims that hydroxychloroquine was ineffective and caused serious cardiac problems. Nowhere was there any mention of the fact that COVID-19 damages the heart during infection, sometimes causing irregular and sometimes fatal heart rhythms in patients not taking the drug.

To a media unrelentingly hostile to Donald Trump, this meant that the president could be portrayed as recklessly promoting the use of a “dangerous” drug. Ignoring the refutation of the VA study in its May 15 article, the Washington Post cited a Brazil study published on April 24 in which a COVID trial using chloroquine (a related but different drug than hydroxychloroquine) was stopped because 11 patients treated with it died. The reporters never mentioned another problem with that study: The Brazilian doctors were giving their patients lethal cumulative doses of the drug.

On and on it has gone since then, in a circle of self-reinforcing commentary. Following the news that Trump was taking the drug himself, opinion hosts on cable news channels launched continual attacks on both hydroxychloroquine and the president. “This will kill you!” Fox News Channel’s Neil Cavuto exclaimed. “The president of the United States just acknowledge that he is taking hydroxychloroquine, a drug that [was] meant really to treat malaria and lupus.”

Washington Post reporters Ariana Cha and Laurie McGinley were back again on May 22, with a new article shouting out the new supposed news: “Antimalarial drug touted by President Trump is linked to increased risk of death in coronavirus patients, study says.” The media uproar this time was based on a large study just published in the Lancet. There was just one problem. The Lancet paper was fraudulent and it was quickly retracted.

However, the damage from the biased media storm was done and it was long-lasting. Continuing patient enrollment needed for early-use clinical trials of hydroxychloroquine dried up within a week. Patients were afraid to take the drug, doctors became afraid to prescribe it, pharmacies refused to fill prescriptions, and in a rush of incompetent analysis and non-existent senior leadership, the FDA revoked its Emergency Use Authorization for the drug.

o have taken Hydroxychloroquine for 40 yrs and have had no side effects whatsoever! The only side effect pertains to the eye, but is rare! I have my eye checkup every years by an ophthalmologist. In the beginning of the onset of my RA, my doc started me with 200mg twice a day until the RA was under control. Then, it was reduced to 200mg per day. The problems with this drug as reported by the fake media was that some doctors were giving sick patients high dosage levels of this med that caused heart problems and death! When I… Read more »

The Great Technocrat War Against Hydroxychloroquine – Life, Death and all between

These properly reported facts are quite simply a SMOKING GUN that must urgently form the basis of a large scale criminal prosecution against the global gangsters and their army of henchmen.

WHY THE OPPOSITION TO HYDROXYCHLOROQUINE? As usual, it appears (who would have guessed?) to be all about money. A document no longer available from the U.S. Food and Drug Administration regarding “Emergency Use Authorization” of potential COVID-19 treatments appears to suggest that hydroxychloroquine satisfies the criteria for the classification, but would stand in the way of lucrative other drugs, and a vaccine. The document makes clear that Emergency Use Authorization cannot be used for more than one drug or therapeutic, and the establishment is potentially therefore saving the EUA pre-emptively for vaccines and remdesivir – patently high-value Big Pharma drugs… Read more »

Reference https://thenationalpulse.com/news/leaked-hydroxychloroquine-memo/ The above article gives a reason for opposing hydroxychloroquine: The soon to be vaccine (?) being pushed by Gates et al is being fast tracked with minimal testing per “Emergency Use Authorization” (EUA) – https://www.fda.gov/emergency-preparedness-and-response/mcm-legal-regulatory-and-policy-framework/emergency-use-authorization According to the article (per my understanding) only one treatment can be fast tracked for a specific need. Thus if the hydroxychloroquine is chosen as the emergency treatment then the Gates vaccine under development can not be fast tracked and would be subject to more intense testing. Hence the opposition to hydroxychloroquine. I am not a lawyer or doctor (but neither is Gates)… Read more »

These people need to be charged with misleading information that has led to deaths. The media and democrats and their supporters are INTENTIONALLY killing Americans to try to remove a President who is a problem solver working harder than any President in my 80+ years for the American Citizens.. IT is PRESIDENT TRUMP who is working for the everyday and all Americans. The democrats have no use for the American people just like the Chinese Communists, as in their mind we are nothing but slugs to serve their purpose. The lame stream media, Hollowood, entertainment National Felon League and the… Read more »