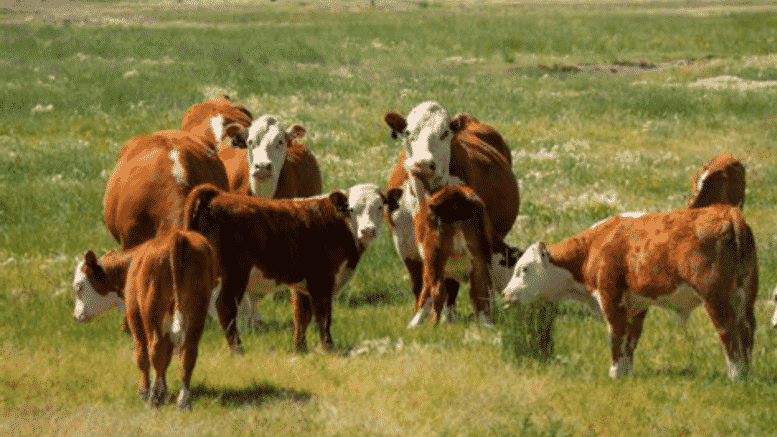 Please Share This Story!
PDF 📄
Technocrat Bill Gates wants to control your body with gene therapy and to control what you eat with synthetic food products. What started in the early 1970s as a radical, crackpot idea is now going mainstream throughout the Western world. Controlling food is controlling people. ⁃ TN Editor

As you may have heard, Bill Gates has been buying up farmland across 18 U.S. states through various subsidiary companies.1 In all, he now owns about 242,000 acres of farmland.2 He’s also a longtime promoter of GMOs and recently started calling for a complete transition from meat to lab-grown meat and other fake and unnatural food sources, such as a protein-rich microbe found in a Yellowstone geyser.3

Seeing how Gates always promotes solutions and industries that he has financial investments in, it’s not surprising that Gates insists synthetic beef is a necessary strategy to address climate change,4 having co-funded the startup of the imitation meat company Impossible Foods. Other investors included Google and Amazon.com founder Jeff Bezos.5

The call to replace beef with fake meat is made in Gates’ book “How to Avoid a Climate Disaster: The Solutions We Have and the Breakthroughs We Need,” which was released in February 2021.6

The idea is that by eliminating livestock, we’d reduce methane emissions, a greenhouse gas. However, the notion that cattle are a significant source of methane only applies to animals raised on concentrated animal feeding operations (CAFOs), where they are fed an inappropriate diet of GMO grains — not free-grazing animals raised on a species-appropriate diet of grasses.

So, in reality, a far more sustainable and healthy answer would be to transition away from CAFOs and return to integrated herd management systems, which are an important part of regenerative farming, as grazing livestock optimizes soil quality and improves the quality and quantity of crops.

Gates isn’t suggesting the U.S. cut down on meat consumption by a little bit. He wants Americans and other Western nations to switch to a diet of 100% synthetic beef.7 Mid-February, 2021, he told Technology Review:8

“I do think all rich countries should move to 100% synthetic beef. You can get used to the taste difference, and the claim is they’re going to make it taste even better over time. Eventually, that green premium is modest enough that you can sort of change the [behavior of] people or use regulation to totally shift the demand.”

Gates is no stranger to pushing for regulations that shift consumer demand, so, it’s a curious coincidence that one U.S. state — Oregon — is now proposing a ballot initiative for the 2022 general election that would effectively ban meat sale and consumption in the state altogether.9

On the scale of crazy, it’s certifiable and sounds like something straight out of the satire site “The Onion.” But, if like Gates, you are trying to force a transition into synthetic beef and other patented food sources, it’s a logical, if not necessary, step.

As explained in the Ice Age Farmer video above, Initiative Petition 1310 (IP13) would turn Oregon into a “sanctuary state for animals” by removing exemptions for good animal husbandry practices, criminalizing the raising and slaughtering of food animals in the state, and reclassifying traditional animal husbandry practices such as artificial insemination and castration as “sexual assault.”

The only type of natural meat that would be allowed to be processed and eaten would be an animal that has lived out at least one-quarter of its natural lifespan or died of natural causes, which typically means the meat is inedible due to age or disease. Killing of an animal would only be legal in cases of “human self-defense.” As reported by Farm Progress:11

“Livestock groups say the initiative has dangerous implications for their industry. They note that language in the proposal specifically targets livestock transportation, poultry production and commonly accepted slaughter methods as well as fishing, hunting, trapping, wildlife management and other animal-related activities …

Oregon Cattlemen’s Association executive director Tammy Dennee told Farm Progress … ‘If you really boil it down, we’re talking about local food production … There’s a high degree of consumer awareness about purchasing local and understanding the local food supply, and you do not get better local food production than with a local beef producer.’”

Replacing Beef With Fake Food Is Part of the Climate Agenda

If enacted, the bill would mean the elimination of a vast majority of Oregon’s 12,000 beef producers, who raise on average 1.3 million heads of cattle each year. The industry simply wouldn’t survive the proposed rules that would require cattle to be fed and tended for a minimum of five years before slaughter. In short, with few exceptions, ranching would be shut down, leaving patented synthetic meat as your only option.

As noted by Ice Age Farmer, this falls in line with the net zero emission goals announced by the Biden administration,12 which aims to cut greenhouse gas emissions in half by 2030, compared to 2005 levels, and reach zero emissions by 2050 at the latest.

Mainstream media have been quick to dismiss claims that the net zero emissions plan has anything to do with, or will have any impact on meat availability,13 for the simple fact that no one in the administration has ever mentioned the words “beef” or “meat.”

However, a Daily Mail analysis suggests slashing meat consumption to 4 pounds per person per year (0.18 ounces per day, or one average-sized hamburger per month) would need to be part of that plan, in addition to changing the cars we drive and how we heat our homes.14

The fact is, Biden has not released any details of how the emission cuts are to be accomplished, so dismissing a reduction in meat consumption off-hand seems premature. Without doubt, forcing people to cut or eliminate beef consumption is part of the climate agenda. Gates clearly spells this out in his book, so it’s hardly a baseless conspiracy theory.

Global Push to Reinvent the Food System for the Worse

Another official source proving synthetic beef will be thrust upon us, willing or not, is the EAT Forum, self-described as the “Davos for food.” EAT Forum is co-founded by the Wellcome Trust (an organization funded by and strategically linked to GlaxoSmithKline, a vaccine maker in which Gates is financially invested), and collaborates with nearly 40 city governments in Europe, Africa, Asia, North America, South America and Australia.

The EAT Forum’s largest initiative is called FReSH, the goal of which is to transform the food system as a whole. Project partners in this venture include Bayer, Cargill, Syngenta, Unilever and Google. As reported by The Defender:16

“According to Frederic Leroy, a food science and biotechnology professor at University of Brussels, EAT network is working closely with some of the biggest imitation meat companies, including Impossible Foods and other biotech companies, to replace wholesome nutritious foods with Gates’ genetically modified lab concoctions.”

Similarly, Ireland’s Department of Agriculture has announced it needs to “reduce the size of the national herd to reduce methane emissions.”17 As noted by Ice Age Farmer, there’s no such thing as a “national herd,” or a herd that belongs to the nation as a whole, so what they’re really saying is “we’re going to eliminate ranchers and farmers to meet our climate goals.”

So, whether President Biden spells out the word “beef” or not in relation to his climate agenda is irrelevant. It’s clear there’s a coordinated effort underway to push for a global restructuring of our food system, with the aim of getting rid of food independence and forcing people to rely on patented food sources, including patented synthetic animal products like lab-grown “beef” — all under the false flag of climate correction and saving the planet.

The truth is that this is nothing but a gigantic power grab. He who controls the food controls the nation, and this so-called climate agenda has nothing to do with reducing emissions and everything to do with disempowering the people, preventing us from growing food, and forcing us into a controlled system where we have to rely on patented food for survival. It’s hard to imagine a more nefarious agenda.

California Democrats are also fighting for legislation to increase living spaces for pigs from an average of 13 to 16 square feet to a minimum of 24 square feet per animal.18 The law, if implemented, would result in higher costs for pork producers across the country.

If farmers can’t afford to expand their facilities, a pork shortage could ensue in California, as the state would not allow noncompliant farmers to sell within the state. If they comply with the California standard and do expand, pork will become more expensive across the nation.

The National Pork Producers Council is currently suing in an effort to prevent the law from going into force. A ruling is expected around mid-summer 2021. If the court rules in favor of legislators, the law will take force in 2022. As reported by California Political Review:19

“California residents eat about 15% of the pork consumed in the U.S. But most of that meat comes from producers in the Midwest and Southeast. And right now, only about 4% of U.S. breeding pigs … live in that much space, according to Christine McCracken, a senior animal protein analyst at Rabobank.

The bottom line is that hog producers … will either have to change how they farm, or miss out on selling meat to a major market … In other words, big Agri-businesses will be killing off the small farmer in California — that is really what this is about.”

As noted by the Ice Age Farmer, the Oregon and California laws are but two examples of a growing list of legislative efforts around the world that are “moving the goal post on how you’re allowed to create food.”

Making farming more difficult and expensive through added regulations that are hard to comply with is clearly an effective strategy to eliminate smaller food producers, and there’s a clear trend of this.

As “non-violent” as we must protest now, there may well come a time – if these proposals are enacted – where violent protest may be necessary to preserve our health and well-being. As we can see from the past year, we’re not being listened to unless we shout… very loudly. And even that is occasionally silenced.

Thank you for posting this important information! These insane people who are trying to play God need to be stopped! You know, Bill Gates’ (and Warren Buffet’s) favorite food is the hamburger. Gates once lamented that being wealthy did not set one apart from the rest after a million dollars. “Once you get beyond that, it’s the same hamburger,” he said. Perhaps he is making sure that noone else gets the pleasure of eating his favorite meal! He gets a real beef burger (I mean, who are we kidding here—he’s an elite and the rules don’t apply to him), and… Read more »

Bill Gates is about to be swept up in the Epstein pedo swirl. He is already being marginalized and, hopefully, will no longer be a public face of the totalitarian class.