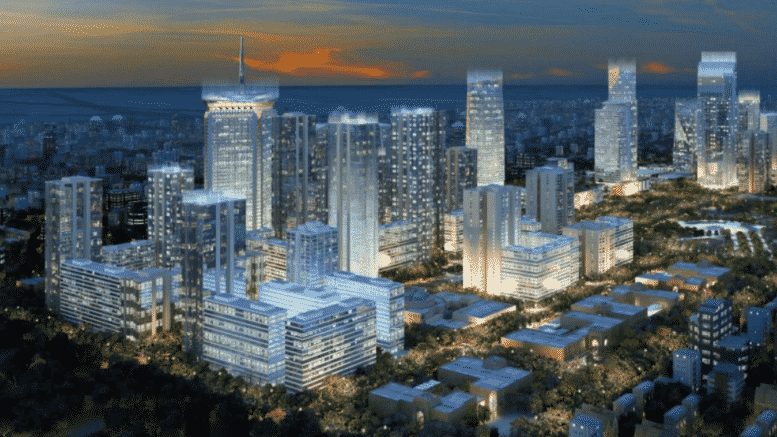 Please Share This Story!
PDF 📄
Emboldened Silicon Valley billionaires are ramping up efforts to build completely automous cities in the U.S., outside of traditional government control and rule of law. Instead, they will rule themselves as a Technate, the city building-block of Technocracy.

Historically, every Technate built from the early 1930s onward, have been dismal failures; only vague remnants remain. Today’s Technocrats have no regard for history however, believing their new tech can solve all their problems.

Elon Musk wants to colonize Mars, for instance, and would rule it as a Technate. ⁃ TN Editor

Tech bros are at it again.

After dominating Silicon Valley in the past two decades, hiking up rent prices in the area and filling the streets with fleece vests and wool sneakers, they’re now spreading into other regions, such as Austin and North Carolina.

But merely setting up shop in a hot new spot just isn’t enough for one group of techies, now formulating a plan to build their very own dream city – away from the US entirely and governed by themselves.

So far, their community remains online, in “the cloud.” But they expect to enlist around 2,000 willing participants (about the size of a small college town) to pack up and move to their yet-to-be-built city. No word yet on where the concept will touch down — but the two hope to land somewhere in the Mediterranean.

Currently, Brown and Callinan are looking to partner with a country in the region who wants to attract a slice of Silicon Valley and is “down to forge a partnership with them,” Brown told YouTuber Justin Murphy in an interview.

“Whereby they contribute land, perhaps for equity in the project and the terms will obviously be negotiated,” Brown explained. “We are not trying to be a total sovereign nation or something like that. We want to partner with a government and build something really cool that works with us and works for them and is mutually beneficial,” he said, adding that they want a government that will stop blocking people with “dumb regulations.”

With the backing of angel investor Peter Thiel, who has already invested nearly $9 million in Pronomos Capital — a venture capital that focuses solely on startups like Bluebook Cities — the company is expected to soon morph the online community into a private city reality.

But membership is even more limited than the already cost prohibitive Silicon Valley real-estate scene.

“Praxis applicants are carefully vetted with a written application and numerous phone calls with current members. New members are rare because membership is sacred,” the application states.

Their move follows the crippling pandemic, racial tensions and a controversial election — all of which has mounted talk of secession in what was once the tech capital of the world. The Silicon Valley techies are looking to take matters into their own hands by exploring ways to build an apolitical private city run by private residents without US government control.

Good. Let them leave. Put them all in a single location that’s easy to find and limit… just like how you isolate a pathogen or a rabid animal.

Here in Nevada, Governor Sisolak proposed “Innovation Zones,” where wealthy businessmen from the tech industry would purchase at least 78 square miles of land, promise to invest at least $1B into developing it and have a large amount in cash reserves. They would be able to form their own government and their city would be able to make laws, tax residents and operate much like an independent country. The state would have treated these little fiefdoms like counties. Thank God Nevada’s Constitution limits the number of counties in Nevada and we are maxed out.