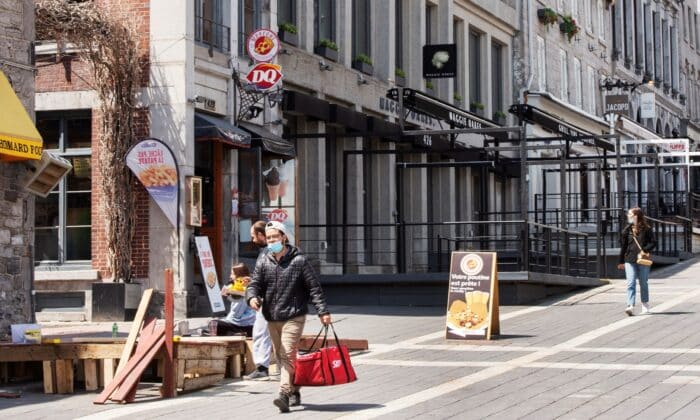 Economics professor Doug Allen wanted to know why so many early models used to create COVID-19 lockdown policies turned out to be highly incorrect. What he found was that a great majority were based on false assumptions and “tended to over-estimate the benefits and under-estimate the costs.” He found it troubling that policies such as total lockdowns were based on those models.

“They were built on a set of assumptions. Those assumptions turned out to be really important, and the models are very sensitive to them, and they turn out to be false,” said Allen, the Burnaby Mountain Professor of Economics at Simon Fraser University, in an interview.

Allen says most of the early cost-benefit studies that he reviewed didn’t try to distinguish between mandated and voluntary changes in people’s behaviour in the face of a pandemic. Rather, they just assumed an exponential growth of cases of infection day after day until herd immunity is reached.

In a paper he published in April, in which he compiled his findings based on a review of over 80 papers on the effects of lockdowns around the world, Allen concluded that lockdowns may be one of “the greatest peacetime policy failures in Canada’s history.”

He says many of the studies early in the pandemic assumed that human behaviour changes only as a result of state-mandated intervention, such as the closing of schools and non-essential businesses, mask and social distancing orders, and restrictions on private social gatherings.

However, they didn’t take into consideration people’s voluntary behavioural changes in response to the virus threat, which have a major impact on evaluating the merits of a lockdown policy.

“Human beings make choices, and we respond to the environment that we’re in, [but] these early models did not take this into account,” Allen said. “If there’s a virus around, I don’t go to stores often. If I go to a store, I go to a store that doesn’t have me meeting so many people. If I do meet people, I tend to still stand my distance from them. You don’t need lockdowns to induce people to behave that way.”

Based on his lost-life calculation, lockdown measures have caused 282 times more harm than benefit to Canadian society over the long term, or 282 times more life years lost than saved.

False Assumptions In Computer Models Served As Justification For….

That’s the corrected headline; here’s the explanation. What led to it is that they wanted to.

And we don’t “Await FOR approval”, we “await approval”.