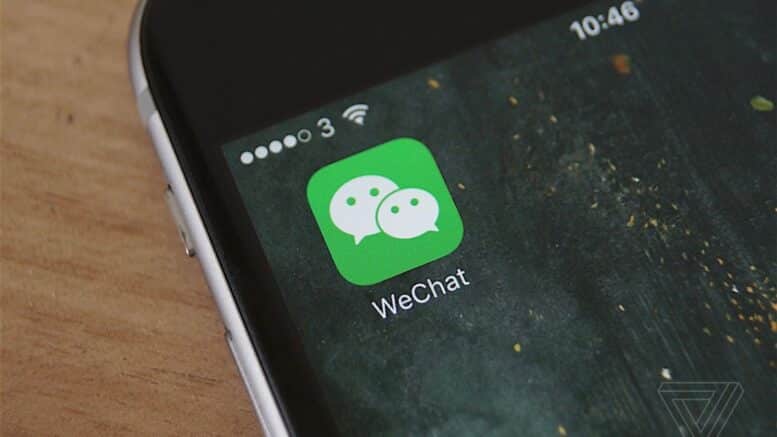 Please Share This Story!
PDF 📄
As a Technocracy, China has packaged and exported to the world its evil system of social and pseudo-scientific control. Global citizens, including Americans, are in total denial of these expansionist goals, even as China closes the trap. ⁃ TN Editor

The following day on March 9, China urged the World Health Organization (WHO) to allow Beijing to build and run a global database for “vaccine passports”, prompting fears over privacy and expansion of government surveillance.

The WeChat program and other Chinese smartphone apps include an encrypted QR code that allows authorities to obtain a traveler’s health information.  The apps track a user’s location and produces a color code of green, yellow or red to indicate the likelihood of their having the virus, and whether or not the person can walk around freely.  These “QR health codes” are already required to gain entry to domestic transport and many public spaces in China.

However, according to a New York Times article, using software to dictate quarantines and send personal data to police may set a dangerous precedent for automated social control, and further erodes the thin line separating China’s tech titans from the Chinese Communist Party.

Nonetheless, China’s state media Global Times made a case for Beijing’s control over a global “vaccine passport” system, citing its experience with a health code system, ability to build an international platform within one week, in time for the Tokyo Olympic Games scheduled between July 23 and August 8.  China also has experience of an impressive domestic surveillance system, to boot, with over 626 million CCTV cameras for its 1.4 billion population.

Presently the problem with China’s health code system is lack of interoperability with other countries, and as such Beijing needs the WHO to internationalize Chinese standards.  According to the Global Times article, Chinese public health authorities have already been studying the issue, and are concerned “whether different countries would accept the mutual recognition [of health code] remains a major issue considering that the anti-epidemic prevention measures are different with no unified evaluation and standards.”

To remedy this issue, China has launched “China Standards 2035”, a longstanding strategy to internationalize Chinese standards.

Traditionally, western technology companies have set global standards—which define how technologies and industries work and their interoperability (e.g., two or more systems working together) around the world. For example, U.S. and European companies such as Qualcomm and Ericsson have been setting standards across various industries, but now China wants to set the standards for emerging industries such as AI, drones, Internet of Things, smart health and retirement, information technology equipment and interconnection, among others.

This ambition is not new, but was clearly stated when China acceded to the World Trade Organization (WTO) in 2001 and concurrently launched its National Standardisation Strategy.  Now, it is furthering this ambition via China Standards 2035.

In the China standards 2035 report, Chinese authorities expressed goals to “seize the opportunity” that Covid-19  created by proliferating China’s authoritarian information system. It aims to co-opt the global industry by capturing the industrial Internet of Things, define the next generation of information technology and biotechnology infrastructure, and export China’s social credit system.

As Beijing sees it, the Covid-19 pandemic creates a window for a radical global transformation, where new technologies and technical standards are still being formed.  According to Dai Hong, Director of the Second Department of Industrial Standards of China’s National Standardization Management Committee in 2018, “This grants China’s industry and standards the opportunity to surpass the worlds.”

However, setting up an international platform may take some time, so meanwhile China is relying on bilateral cooperation.  To that end, both U.S. and China are currently seeking bilateral cooperation in health issues, and the Biden administration is already working with Big Tech to adopt China’s health code system and a domestic vaccine passport, possibly using QR codes like China or something simpler such as a green check mark for vaccination status.

Other countries are following suit. Israel for one wants to be the first country to sign an agreement on mutual recognition of vaccines with China, according to Israeli Ambassador to China Irit Ben-Abba. Israel had also launched a “green pass” vaccine passport to grant its citizens the right to visit public venues such as movie theaters and stadiums, and reached agreements with Greece and Cyprus to allow “green card” holders to travel freely without being quarantined.  And as more countries sign bilateral deals based on the China model, China’s vaccine passport and health system standard can eventually be internationalized.

Nonetheless, while other countries begin to mandate China’s vaccine passport model as a criterion to re-open their economies, there remain concerns about individual privacy and data security.

Back in September 2020, China had launched an initiative to set global data-security rules, which supports its current bid to run the global vaccine passport system via the WHO.  However, some tech experts have expressed concern with China’s standard setting ambitions.  According to Horizon Advisory’s Nathan Picarsic, “China’s standards play overlaps with and intends to expand its strategy of asymmetrical access to data.”  The more technology and technical standards are defined by Beijing, the more associated data will be subject to the Chinese government’s access policies, such as Beijing’s intelligence law that obligates all companies with nexus in China to share data with Chinese authorities upon request.

This may appear to be the new thing. It is not. TPTsB have been in China for many, many decades setting up IT and electronic companies that were born right here in the USA. The constant bull that China is the enemy is typical as well. It’s simply the tried and true right hand/left hand looky-loo we know in English. It’s now in Chinese in order to off-load any local responsibility onto the new Chinese enemy. The true enemy is TPTsB (Black Hand). They are currently holding the world hostage with fear, control and greed. They are predators. They have… Read more »

China, The Hub of the World’s Vaccine Passports? That’s Their Plan….. | SPOTALINSKY