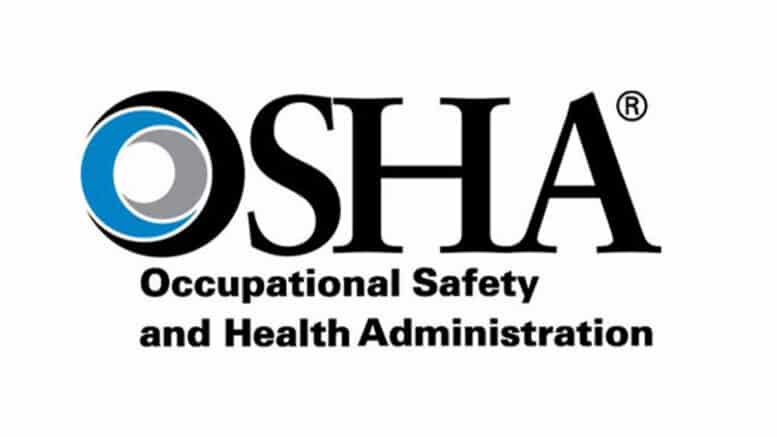 Posted By: Patrick Delaney via LifeSite News May 17, 2021

Please Share This Story!
PDF 📄
A setback for Technocrats and Transhumanists: OSHA should have shut down employer-mandated face masks as a safety and health risk, but did not. Now it releases a blockbuster statement that employers who mandate experimental gene therapy shots will be liable for harm caused. ⁃ TN Editor

The federal Occupational Safety and Health Administration (OSHA) has put employers on notice that should they attempt to require employees to receive injections of experimental COVID-19 gene-therapy vaccines a resulting adverse reaction will be considered “work-related” for which the employer may be held liable.

OSHA released its new guidance on April 20 under a “Frequently Asked Questions” section of its website having to do with COVID-19 safety compliance.

The question asks whether an employer who mandates employees receive these experimental COVID-19 shots is required to record any adverse events as a result of these injections. Such recording requirements of serious work-related injuries and illness may not only leave an employer vulnerable to worker’s compensation claims, but such incidents could also impact the employer’s safety record.

The question and answer in full:

If I require my employees to take the COVID-19 vaccine as a condition of their employment, are adverse reactions to the vaccine recordable?

This clarification comes as an increasing number of employers seek to mandate the experimental injections despite possible illegality. The Wall Street Journal (WSJ) reported this beginning trend in varieties of fields, including machine operators, office workers, restaurant waiters, and medical staff.

“The Houston Methodist Hospital network is mandating vaccines for both existing employees and new hires, barring an exemption,” Chip Cutter of the WSJ wrote. “Those who fail to comply will at first be suspended without pay, and later terminated.”

Under the new OSHA clarification, such employers may be held liable for injuries due to these requirements.

For example, 39-year-old nurse aide Janet More died last New Year’s Eve within 48 hours of receiving one of these injections. According to her brother, she at least had the impression “it was a mandatory vaccine that she had to take for her job.”

A similar case involves the sad death of 28-year-old Sara Stickles, a nutritional specialist at Swedish American hospital in Rockford, Illinois who died just five days after her second shot of one of the mRNA gene-therapy vaccines. She too had the clear impression that these injections were required by her employer.

While the National Childhood Vaccine Injury Act of 1986 shields pharmaceutical manufacturers from any liability due to injuries or death caused by their products (which many Americans have said is significantly problematic in itself), scenarios such as these could still leave employers who mandate these injections liable for significant damages.

And adverse events with regard to these shots are not uncommon. Data released from the Centers for Disease Control and Prevention (CDC) last Friday reveal that between December 14, 2020 and April 30 a total of 157,277 adverse events were passively reported to the U.S. government’s primary reporting system (VAERS), including 3,837 deaths and 16,014 serious injuries.

While causation is not explicitly confirmed through the VAERS reporting system, neither can it be presumed that all such adverse events are reported. Indeed, one study in 2010 found that “fewer than 1 percent of vaccine injuries” are reported to VAERS, suggesting the actual numbers of deaths and injuries due to these experimental substances are significantly higher.

As an employer I’m shocked that O.S.H.A seems to be on the side of employers but they are not. O.S.H.A.’s required continuing education is very unionesque. That is, it is geared TOWARD unions and union indoctrination, their way or the highway. The employees are made to seem more important (babies), not the owners. I have said union members are big babies and so they are, they are also meant to be led while dangling carrots. They are taught how special they are in their trades. But I’m self employed, and my mindset is customer driven. I have taken many of… Read more »

Update. Talked to a very small business owner today. He reminded me that workers compensation get this! Pays for you be off work if you contracted Covid on the job, AND will pay for you to be off work if you were injured by the employers mandated vaccines. Not only this any person can sue any business owner if they contracted Covid from your business. Now it seems that this is meant to completely destroy small businesses. You cannot win this game.

Yes you can, JUST STOP COMPLYING!
It is ALL illegal and unconstitutional, and use fear to keep businesses in line, if WE ALL SAID NO, this would today !
But we have many that actually believe this disease that has less chance of killing you than having a jet airline crashing on you 2 times a week.
and as for the Bio Weapon Jabs, they are NOT VACCINES, and they will kill the people as planned!

Take a look at OSHA rules and tell me it’s going away. It’s not: https://osha.oregon.gov/OSHARules/adopted/2021/ao2-2021-text-cov19-allworkplaces.pdf

Well, this is a good start. We need to now get the 1986 laws over turned and start making all pharmaceutical manufacturers bear liability for their poisonous drugs and vaccines!
No one has the right to mandate any drug or treatment and that includes those nasty useless virtue signaling submission face diapers!
Let the lawsuits begin!

Yes Bring it on, Arrest and LawSuits and Jailtime!!!

I think this is good news. Perhaps it will stop the pressure that is being put on employees.

That would have to show you know this is all a con, and that takes an effort to do your own finding out, much easier to get a fashionable face nappy, and wonder in later months and years why you are always ill.

Would be nice if the human powers that be would mandate that pharmaceutical companies stop creating witchcraft medicine that injures and kills people. Most of us know that is unlikely to happen. The best things these goons can do for people who have been taught how to manage their own health is to get and stay out of our way. We have other health issues to fight and defeat besides influenza and respiratory viruses. And for those of us who listen to the right people. We have thus far been spared from or defeated viruses through proper nutrition and antioxidants.… Read more »

OSHA Returns: Employers May Be Liable For ‘Any Adverse Reaction’ From Mandated Vaccinations - Business Game Changers with Sarah Westall

[…] Delaney of Lifesite News | Via Technocracy.newsA setback for Technocrats and Transhumanists: OSHA should have shut down employer-mandated face […]