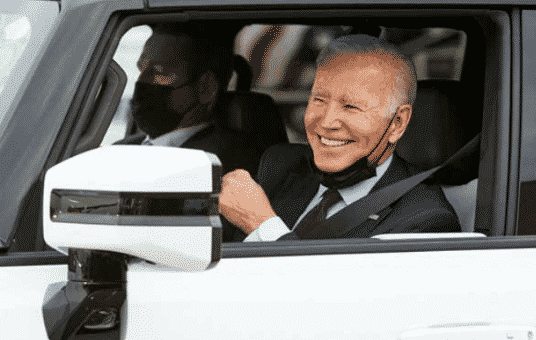 Please Share This Story!
PDF 📄
To the delight of UN Sustainable Development ideologues and control-freak Technocrats, private car ownership in America has suffered a fatal blow. Vehicle “kill switches” are now mandated by 2026 in Biden’s infrastructure bill that was just signed into law. Those who warned in December that this was in the bill were called ‘conspiracy theorists’. ⁃ TN Editor

The rumors we first reported on back in December have turned out to be true: the United States federal government is apparently in the process of trying to force automakers to install kill switches in their vehicles that authorities can use to shut down any newer vehicle.

The law comes as part of President Biden’s infrastructure bill, which was recently signed into law, according to Yahoo. The government kill switch is – like all good thefts of civil liberties – being positioned as a “safety measure”. The mandate needs to be put into effect by 2026, Muscle Cars & Trucks reported.

We noted last month that former Rep. Bob Barr, writing for The Daily Caller, called the measure included in the bill “disturbingly short on details”, but for the fact that the proposed device must “passively monitor the performance of a driver of a motor vehicle to accurately identify whether that driver may be impaired.”

Which, of course, is code for some kind of device that is constantly on and monitoring your vehicle – and will likely have the power to shut down your vehicle anytime it wants.

“This is a privacy disaster in the making, and the fact that the provision made it through the Congress reveals — yet again — how little its members care about the privacy of their constituents,” The Daily Caller wrote.

It appears that in President Biden’s future, not only will you not be in charge of your own personal health decisions, but you also won’t be in charge of whether or not you can fire up your car, which you bought with your hard-earned money, to drive it somewhere, when you deem fit.

Barr concluded: “Unless this regulatory mandate is not quickly removed or defanged by way of an appropriations rider preventing its implementation, the freedom of the open road that individual car ownership brought to the American Dream, will be but another vague memory of an era no longer to be enjoyed by future generations.”

Conspiracy theory number one BILLION. TRUE AGAIN!!!!! What? Completely true? Yes, as are the majority of such statements. This old 1960’s CIA phrase is wearing thin. The Head of the CDC, Walensky, stated this week that 75% of all deaths attributed to covid had at least FOUR (4) comorbidities. AND that is just one admission they’ve made this week. All was stated months ago by those labeled ‘conspiracy theorists’. It has been repeatedly pushed out to the public by ALL the official agencies involved, as well as POTUS and his minions, that the above was an outright lie. Now, when… Read more »

Not a problem for a competent automobile mechanic to get around. Not to difficult really, if you have the technical know how, which I and my son both know how to do.